1. What are Adjectives? – Grammar, Characteristics, Types and Examples

2. What are Determiners? – Grammar, Characteristics, Types and Examples

3. Difference Between Adjective and Determiner 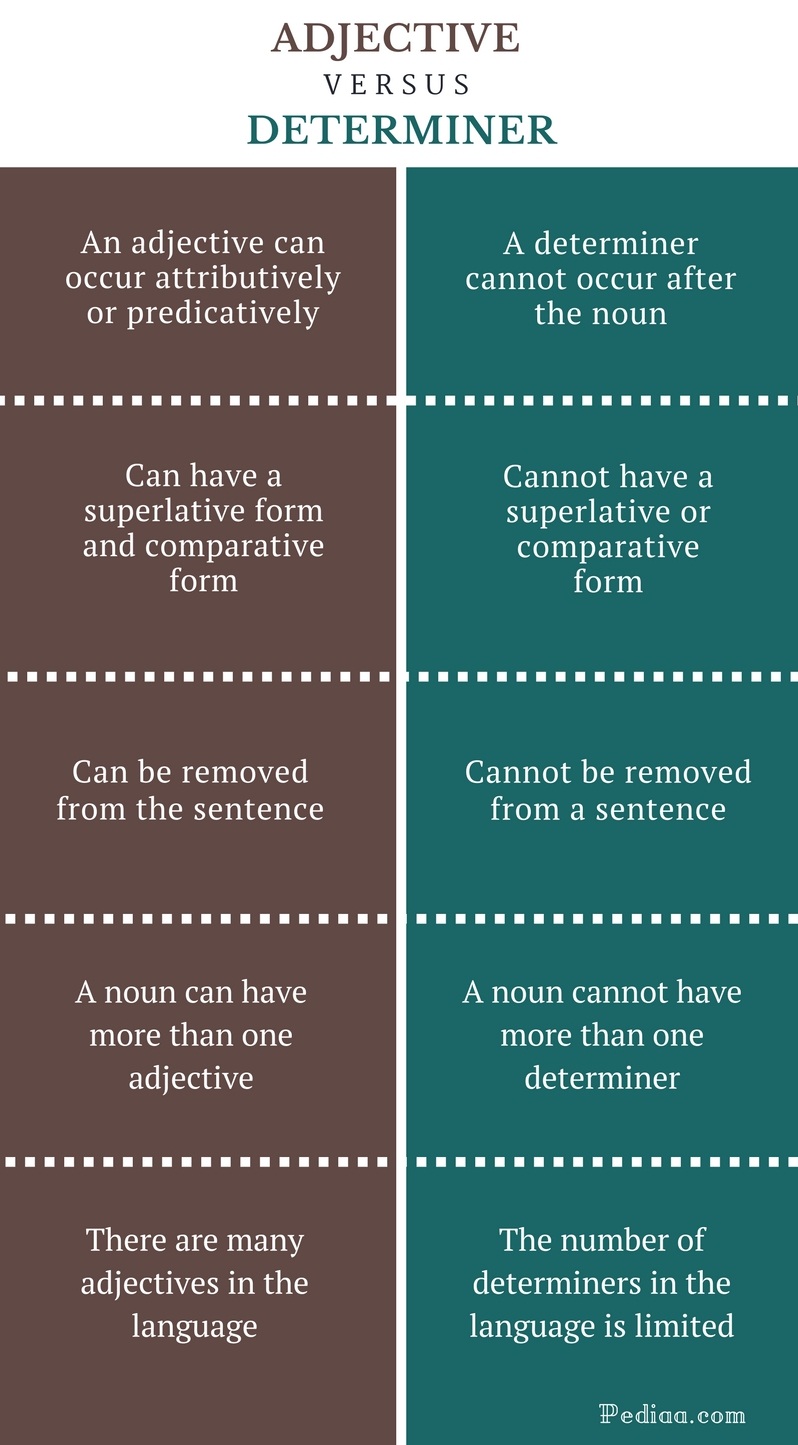 An adjective is a word that modifies or describes a noun. Adjectives are one of the eight parts of speech. Given below are some examples of adjectives.

The adjectives that precede the noun or pronoun are called attributive adjectives.

Adjectives can also occur after a linking verb. These adjectives are called predicative adjectives. For example,

The girl is pretty.

The elephant is huge. 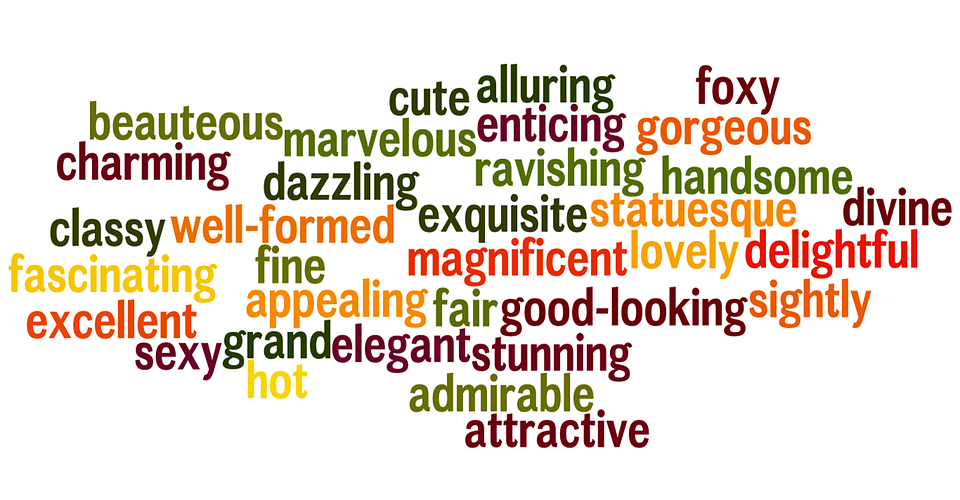 Some Examples of Adjectives

What is a Determiner

A determiner is a type of a word that sits before a noun or a noun phrase. Some grammarians consider determiners to be a type of adjective whereas some consider it to be the ninth part of speech. A determiner can modify a noun to indicate quantity, possession, definiteness or specificity. Determiners can be categorized into several types depending on their functions. Given below are these categories.

Quantifiers indicate the quantity. Cardinal numbers (one, two, three, etc.) and indefinite adjectives (e.g., many, much, most, several, some) belong to this category.

Demonstrative determiners indicate the specificity and position of the noun. This, that, these and those belong to this category. 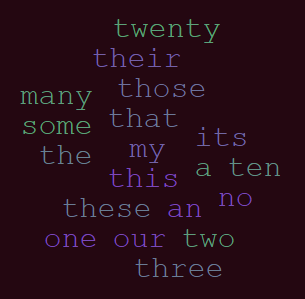 Some Examples of Determiners

Difference Between Adjective and Determiner

Adjective: An adjective can occur attributively or predicatively.

Determiner: A determiner cannot occur after the noun.

Adjective: Adjectives can have a superlative form and comparative form.

Determiners: Determiners cannot have a superlative or comparative form.

Adjective: Adjectives can be removed from the sentence; the sentence would still make sense grammatically.

Determiners: Determiners cannot be removed from a sentence.

Adjective: A noun can have more than one adjective.

Determiner: A noun cannot have more than one determiner.

Adjective: There are many adjectives in the language.

Determiner: The number of determiners in the language is limited.