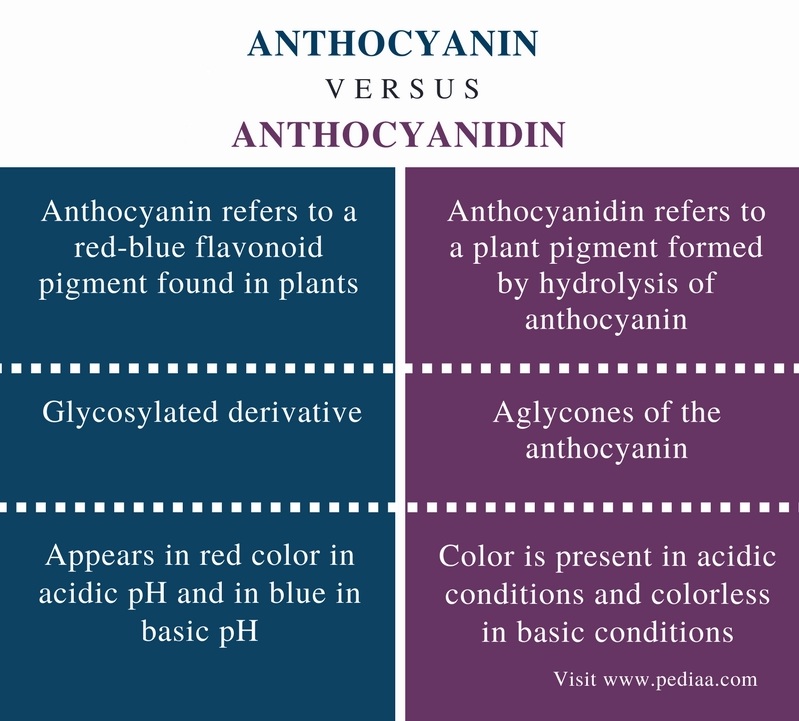 Anthocyanin refers to a red-purple-blue flavonoid pigment found in plants. It is a water-soluble molecule. Its basic core structure is a flavylium ion. It can be found in the outer layer of plants structures such as fruits, flowers, leaves, stems, and roots. Cyanidin is the major anthocyanin found in plants. Peonidin, delphinidin, petunidin, pelargonidin, and malvidin are some examples of anthocyanin. Grape, acai, blueberry, bilberry, blackcurrant, cherry, and purple corn are the fruits that contain a higher amount of anthocyanin. Grapes are shown in figure 1. 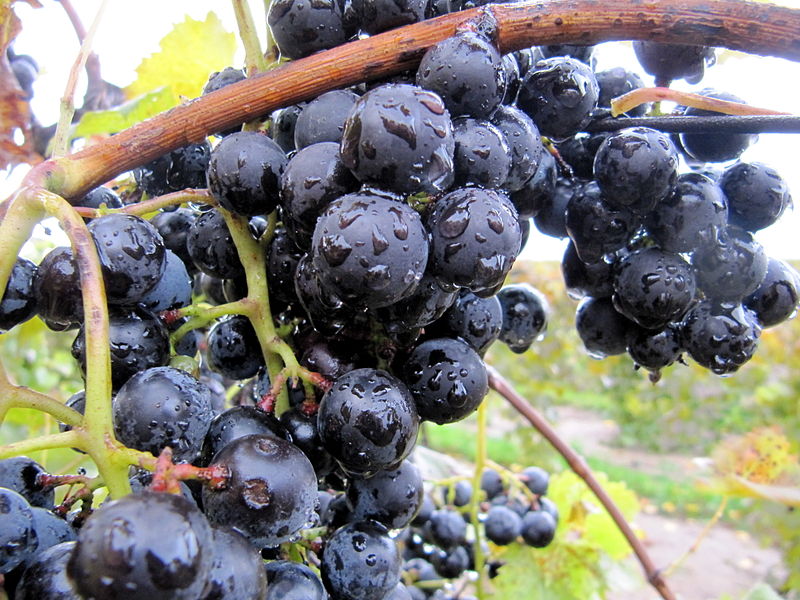 The color and the stability of the pigment are influenced by the pH, temperature, and light. Anthocyanin is a powerful antioxidant that protects plants from UV. Due to the antioxidant effect, anthocyanin is used in pharmaceuticals that affect cardiovascular health, anti-cancer activity, and anti-inflammatory properties. In acidic conditions, anthocyanin appears as red, and it becomes blue in basic conditions. 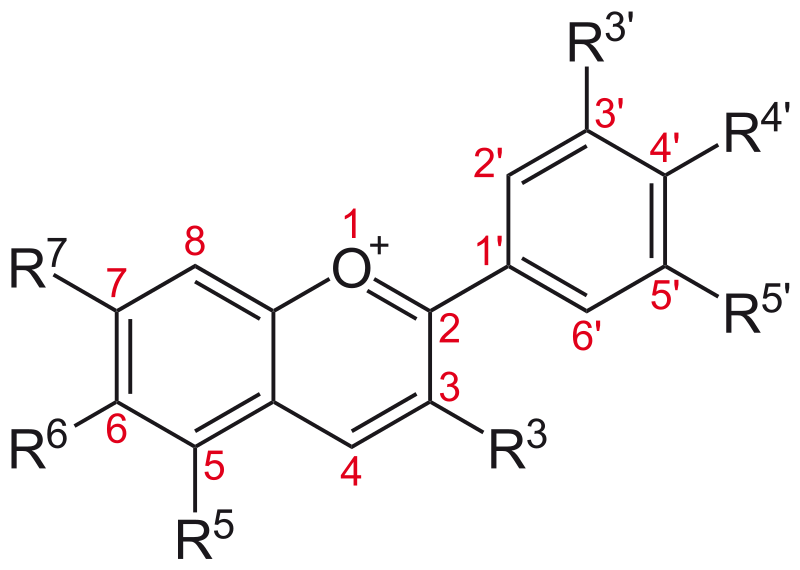 The color of anthocyanidin is present in the acidic conditions, and it is colorless in basic conditions. Since anthocyanidin is an antioxidant, it is also used as a pharmaceutical component. Both anthocyanin and anthocyanidin are used as natural dyes in food industry under E numbers. Both compounds contain antimicrobial activity, and they improve visual and neurological health.

Similarities Between Anthocyanin and Anthocyanidin

Anthocyanidin: Anthocyanidin refers to a plant pigment formed by hydrolysis of anthocyanin.

Anthocyanin: Anthocyanin is the glycosylated derivative.

Anthocyanin: Anthocyanin appears in red color in acidic pH and in blue in basic pH.