Thus, communism and capitalism are two political and economic ideologies which focus on the ownership of goods and products. Various states and countries in the world follow these two opposing philosophies. Communism rose as a response to capitalism in the late 20th century. 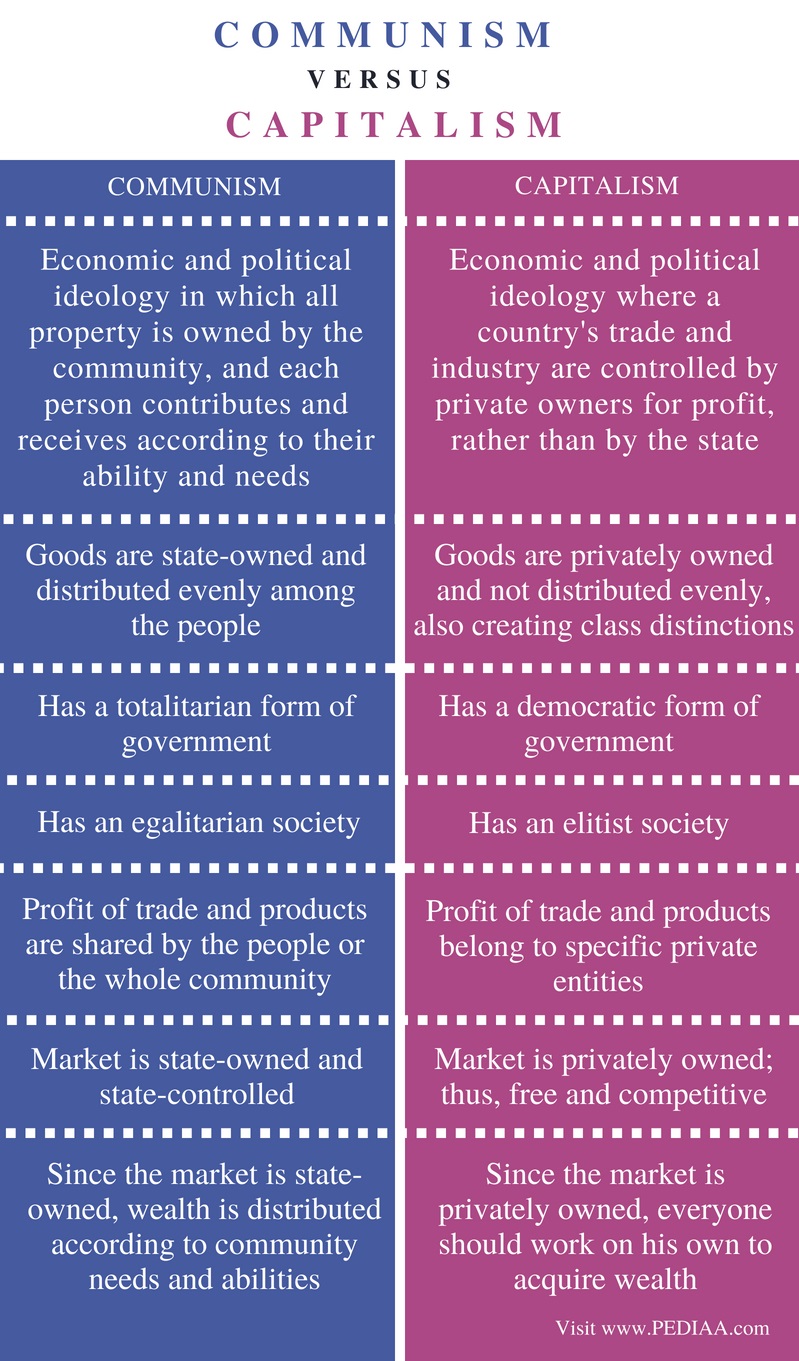 Difference Between Communism and Capitalism – Side by Side Comparison

Communism can be identified as an amalgamation of varied political theories and ideologies among which Marxism stands as a fundamental. Moreover, Communism goes hand in hand with socialism, which highlights community rights and equalities. Moreover, we can define communism as the political and economic philosophy of public ownership of production; therefore the profit is evenly distributed among the community. As a result, it would be a society without divisions in social classes, a society where the production and distribution of goods would be based on the principle “from each according to his ability, to each according to his needs” as stated by Karl Marx.

The word ‘communism’ was first coined by French philosopher Victor d’Hupay in his book ‘Projet de communauté philosophe’ in 1770. Afterward, there were several social reforms and revolutions in varied parts of the world, highlighting the fundamental principles of communism. However, it was in Russia, under Lenin’s reforms that communism took a distinctive rise in the world. Moreover, it is Marxism that is considered the foremost ideology of the communist movement. It was first developed by Karl Marx and Friedrich Engels in the mid-1800s. 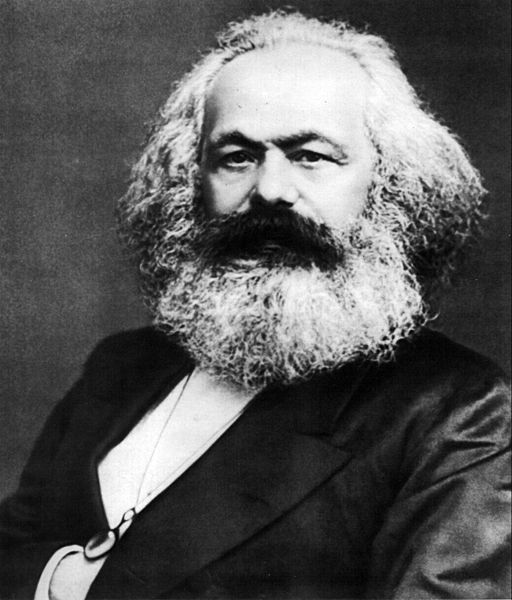 “The theory of Communism may be summed up in one sentence: “Abolish all private property.” – Karl Marx.

Communism highlights that the social order defined by capitalism is a huge injustice to the working class, as it is the capitalist class who employ them and derive profit out of their hard work. Therefore, communism rose as a social revolution against this injustice. The main aim of this is to empower this suppressed working class by establishing social ownership of the means of production. Accordingly, there is a high interference of government in the market and trade.

“Capitalism” originates from capital, which evolved from capitale, a late Latin word based on caput, which means the head of property. Capitalism was the initial economic ideology in the world.

On the contrary to communism, capitalism is the socio-economic-political theory where, rather than by the state, the private owners control a country’s trade and industry for profit. Therefore, in brief, capitalism is the economic system based on private ownership of the means of production and their operation for profit. Similarly, there is a high market competition in the society along with a vast social disparity based on profit or wealth. 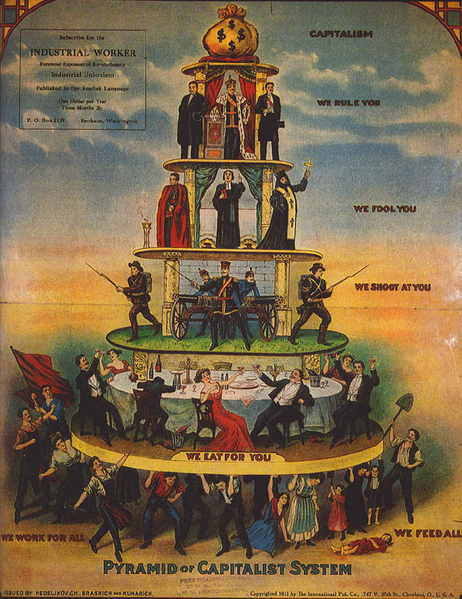 Moreover, Characteristics central to capitalism include private property, capital accumulation, wage labour, voluntary exchange, a price system, and competitive markets. Hence, in a capitalist society, it is these private owners or the businesses that determine the decision making procedure and the investments. In addition, the competition in these markets is the main factor that determines the prices and the distribution of the goods among the public. Moreover, free market or laissez-faire capitalism, in which private entities are completely free to decide where to invest, what to produce or sell, and at which prices, operating without checks or controls, can be expressed as the purest form of capitalism.

Hence, this focuses mainly on individual freedom; there is no interference of the government on the market and trade in this system, unlike in communism. However, due to the differences in wealth distribution among the public, there are distinct class divisions in a capitalist community.

Difference Between Communism and Capitalism

An egalitarian society can be observed in communism, where everyone believes in the equality among people. However, in capitalism, the society is elitist, where there are distinct social divisions among people, especially based on wealth.