Darwinism and evolution bring phenotypical changes in the individuals of a particular population with time. Both occur in response to the long-term changes of the environment. 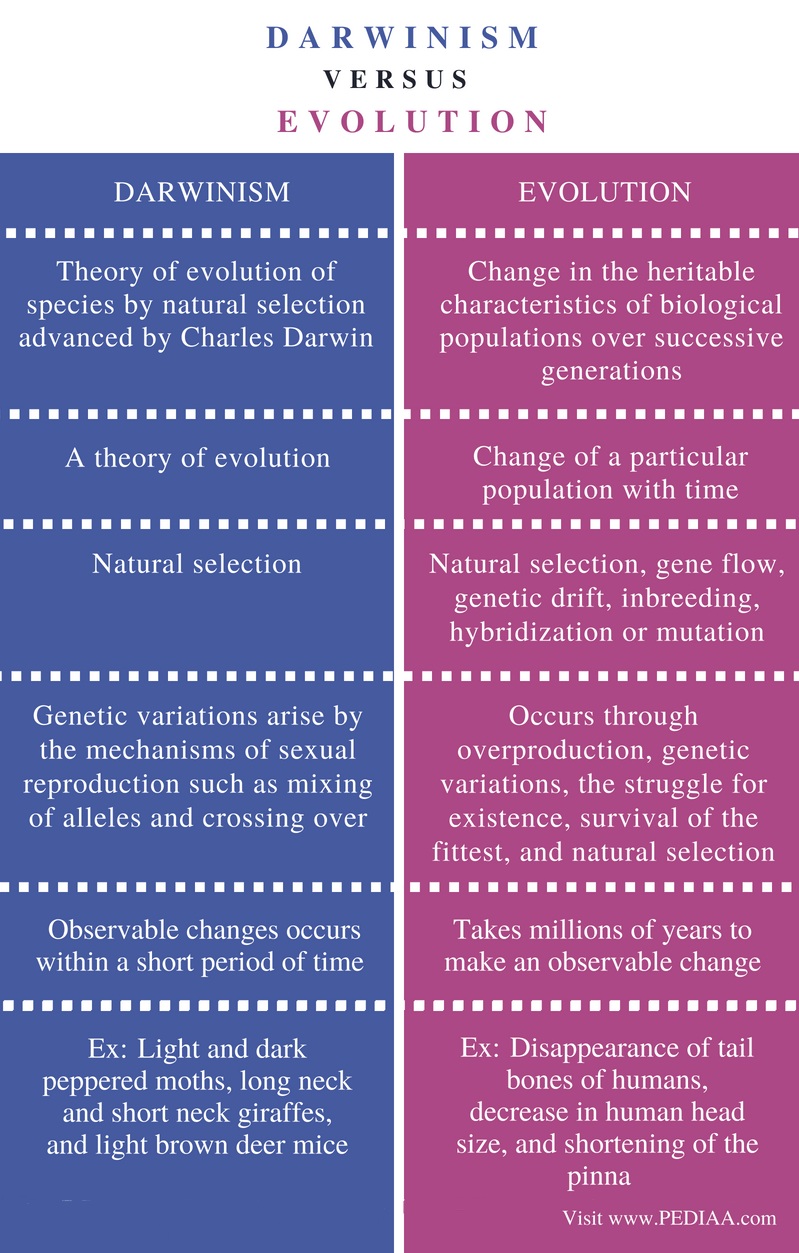 Darwinism refers to the theory of evolution of species by natural selection advanced by Charles Darwin. Natural selection is one of the main mechanisms that drive evolution. It aids the individuals of a particular population to adapt well to their environment. This gives them a better chance at survival and the ability to produce more offspring within that environment. The four concepts of the Darwin’s theory are variation, inheritance, high rate of population growth, and differential survival and reproduction. Genetic variations occur among the individuals within the same population due to mutations, gene flow, and genetic drift. Secondly, the reproductive potential of those individuals varies. Then, the differential reproduction promotes the inheritance of a set of characteristics that are hence selected. In this way, the best-fitted characteristics or phenotypes accumulate over generations. 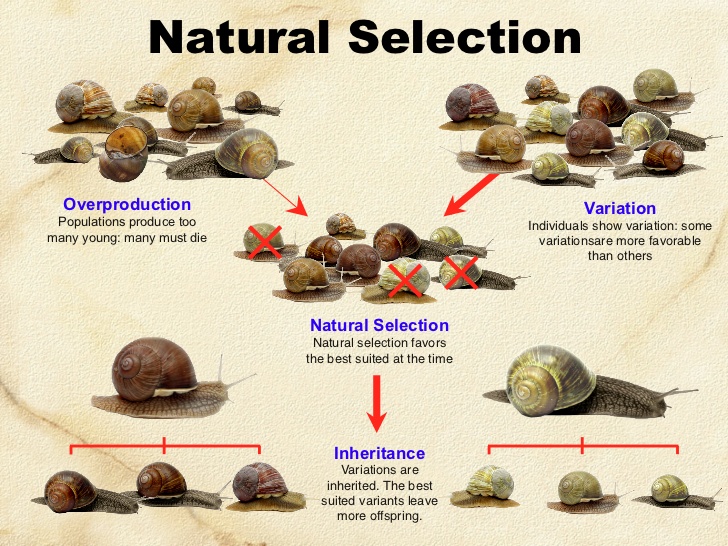 Evolution refers to the change in the heritable characteristics of biological populations over successive generations. In addition to natural selection, phenomena like mutations, gene flow, and genetic drift also drive evolution. Inbreeding and hybridization are sexual selection methods that lead to evolution. The grand idea about evolution was first fully expounded by Charles Darwin. Evolution leads to the continuous branching and diversification of organisms starting from a common ancestor in a process called speciation. Evolution takes place in both small scale (microevolution) and grand scale (macroevolution). Mutations, gene flow, genetic drift, and natural selection are responsible for microevolution. The four patterns of macroevolution are stasis, character change, speciation, and extinction. Some species do not change over a period of time and exist as live fossils, which is called stasis. Analogous or homologous structures emerge in character change. In speciation, either geographical or reproductive isolation of individuals in a population lead to the emergence of new species. Most species become extinct during evolution. The speciation of Hominini from 10 Mya to present is shown in figure 2. 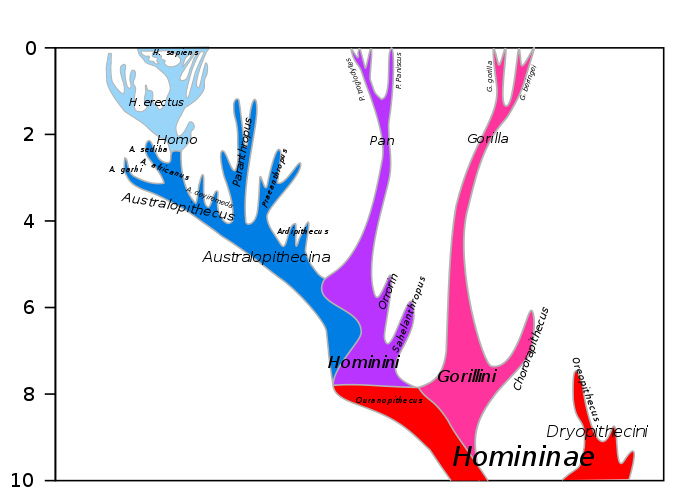 Similarities Between Darwinism and Evolution

Difference Between Darwinism and Evolution

Darwinism: Theory of evolution of species by natural selection advanced by Charles Darwin

Evolution: Change in the heritable characteristics of biological populations over successive generations

Darwinism: A theory of evolution

Evolution: Change of a particular population with time

Darwinism: Genetic variations arise by the mechanisms of sexual reproduction such as mixing of alleles and crossing over

Evolution: Occurs through overproduction, genetic variations, the struggle for existence, survival of the fittest, and natural selection

Darwinism: Observable changes occurs within a short period of time

Evolution: Takes millions of years to make an observable change

Evolution: Disappearance of tail bones of humans, decrease in human head size, and shortening of the pinna

Darwinism is the theory that describes the proceeding of evolution by means of natural selection. Evolution is the process that gives rise to phenotypical changes within a particular population due to the long-term changes of their environment. It occurs through natural selection, gene flow, genetic drift, inbreeding, hybridization or mutation. This is the difference between Darwinism and evolution.