Home » Language » English Language » Grammar » Difference Between In and Into

In and into are both prepositions in the English Language. However similar they appear, these words have differences that are very important to remember when you are writing. Furthermore, in, in addition to preposition, can also act as a noun, adverb, or an adjective while into can only act as a preposition.

English Language, Grammar, In, Into, Usage 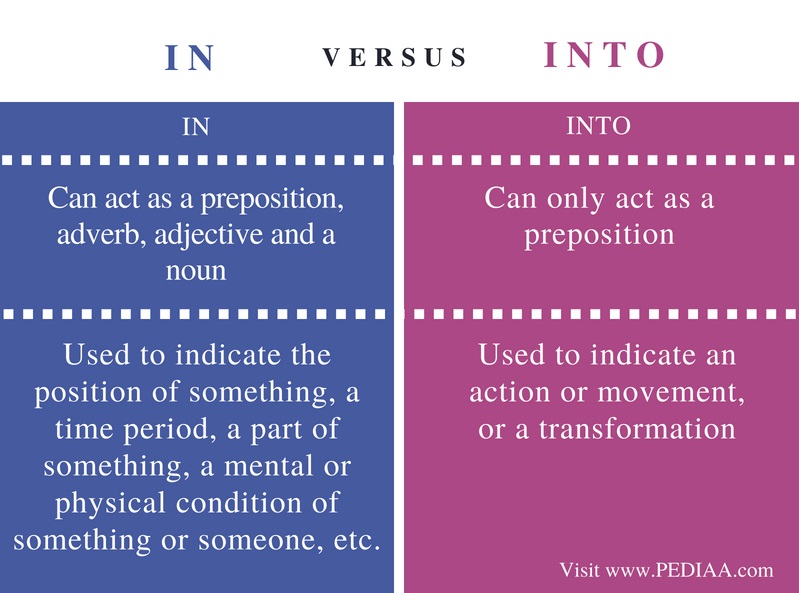 What Does In Mean

In basically means ‘expressing the situation of something that is or appears to be enclosed or surrounded by something else.’

In is primarily a preposition but it also acts as an adverb, adjective and even as a noun accordingly. Consider the given example sentences:

In as a Preposition

The hamster is finally in its cage. (indicating inside or interior of something)

Mark was a leading vocalist in the band Westlife before it got split up. (indicating a part of something)

The research pointed out that one in three people get diagnosed with a contagious disease in the area. ( Indicating a ratio) 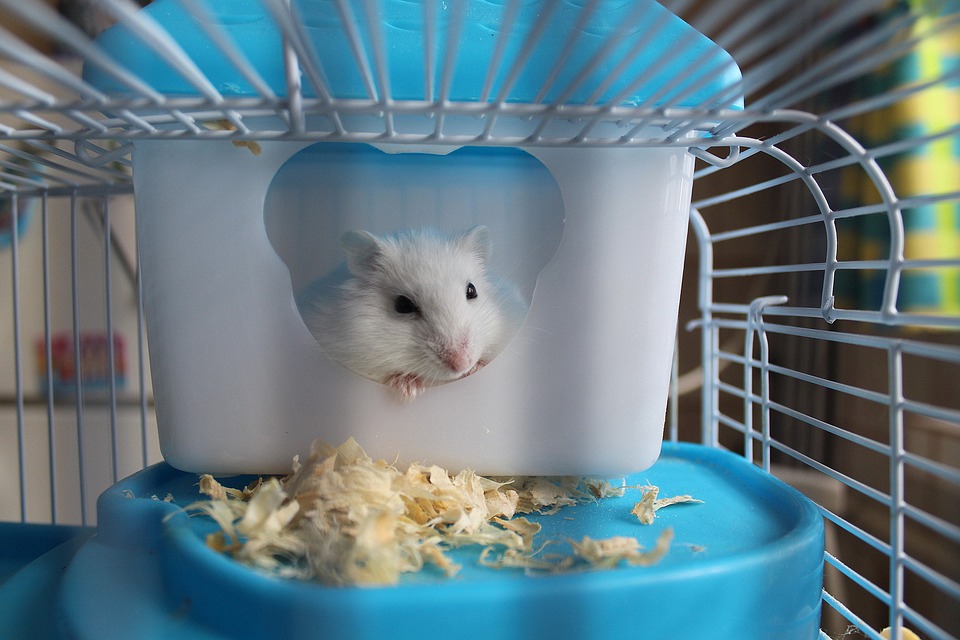 Figure 1: The hamster is finally in its cage

In as an Adverb

The residents confirmed that they never heard the burglar come in. (Indicating movement)

He locked me in a dark room as the punishment. (Indicating the situation of being enclosed)

In spite of the delay, the bus managed to get in at the proposed time. (Indicating arrival)

In as an Adjective

I won’t be in on Mondays. (Indicating of  being present at one’s home or office)

Carol said this cardigan is the in thing these days. (Informal manner to indicate something fashionable and trending)

In as a Noun

In is used as a noun to indicate a position of influence with someone powerful or famous. For example,

Everyone knew that he had an in with the new artist.

Therefore, In has varied applications according to its grammatical categories.

What Does Into Mean

Refer the given example sentences,

Ryan got into the van just now.

Peel the fruits and throw the peels into the dustbin.

He changed the language of his PC into Spanish.

Take the first narrow road you encounter; that will lead you into the village. 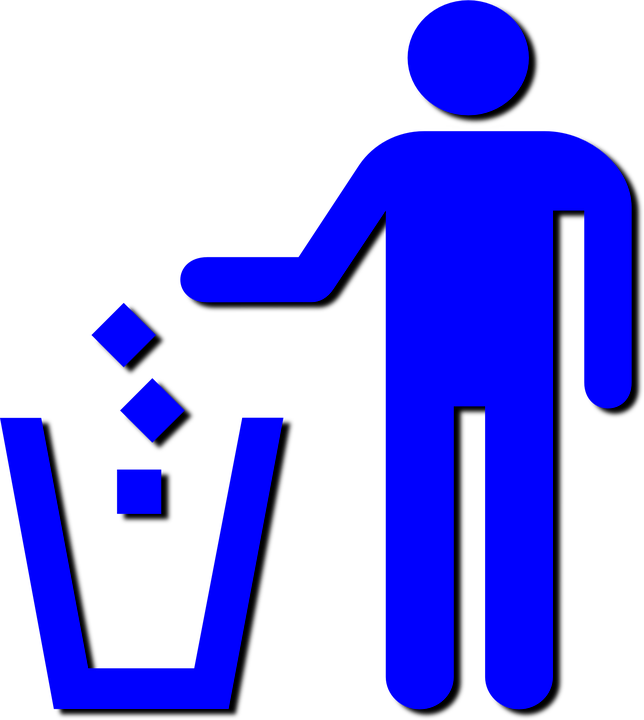 Figure 02: Clean the garden and throw the leaves into the dustbin.

Moreover, other uses of into as a preposition are,

The plane crashed into the same mountain as the last time. (Here, into indicates collision)

His reckless actions dragged him into a pitiful state of humiliation and desperation. ( Here, into indicates a result of an action)

This will offer you an insight into what happened to your husband ( Here, into indicates an object of attention or interest)

Similarity Between In and Into

Both can act as propositions in English grammar

Difference Between In and Into

People tend to misuse the terms In and Into without knowing the differences in their grammatical usage. The difference between in and into is that in indicates the position or situation of something while into indicates a movement or action’. Moreover, while in can be a preposition, adverb, adjective as well as a noun at times, into can only be a preposition.