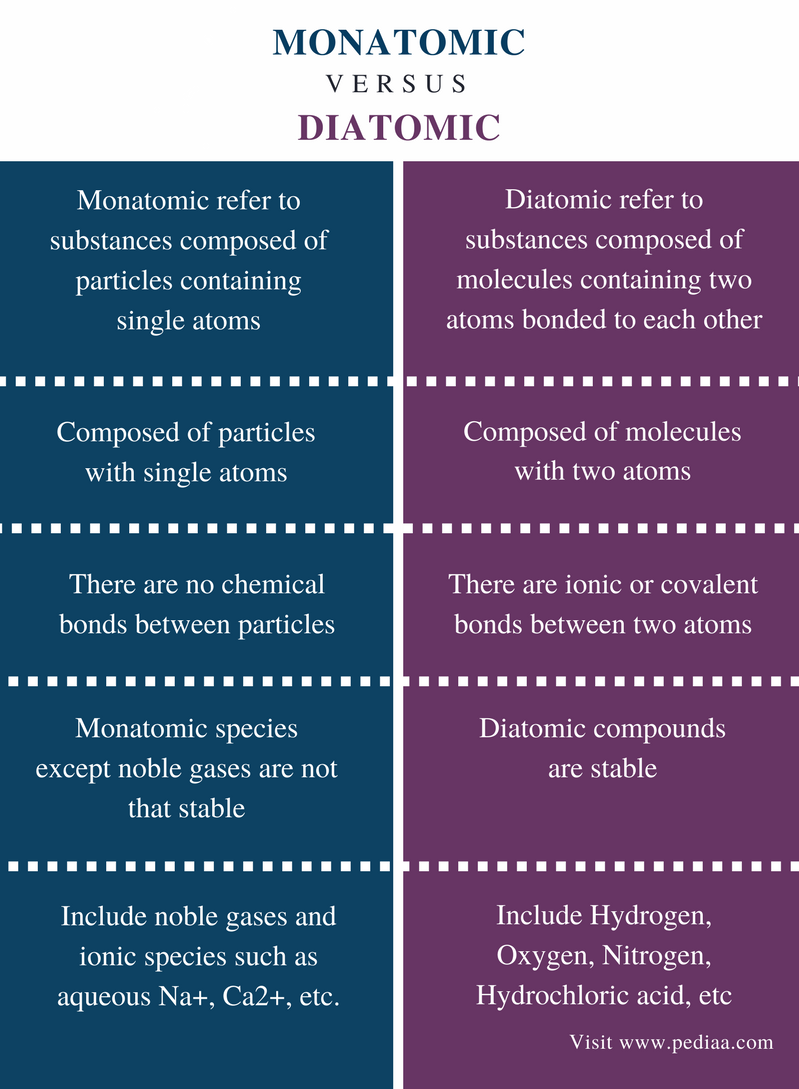 Inert gases or noble gases are in the group 18 of the periodic table of elements. Atoms of these elements are very stable due to their stable electronic configuration. These atoms have completely filled electron shells. Hence, they do not need to undergo any chemical reactions in order to get stabilized. These noble gases include Helium (He), Neon (Ne), Argon (Ar), Krypton (Kr), Xenon (Xe) and Radon (Rn).

Figure 1: Noble Gases in the Periodic Table of Elements

Furthermore, there can be monatomic particles in ionic solutions. When ionic compounds are dissolved in water, cations and anions separate from each other as aqueous ions. Then these aqueous ions act as single particles in that solution. These ions also have a completed electron configuration. 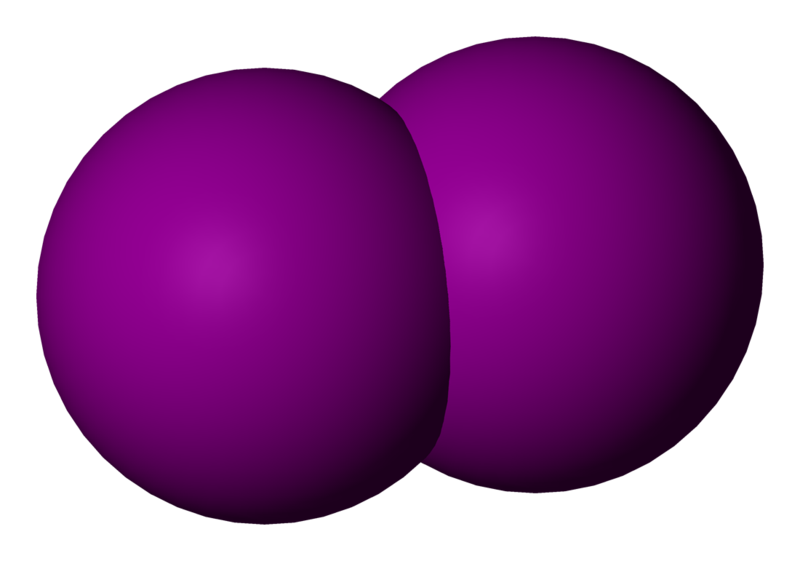 But some compounds are not considered as diatomic substances because they have a polymeric nature at room temperature; for example, MgO, SiO, etc. But when these compounds are evaporated, they form diatomic molecules.

Diatomic compounds can have single bonds, double bonds or triple bonds between the two atoms. Some examples are given below.

Difference Between Monatomic and Diatomic

Diatomic: Diatomic refer to substances composed of molecules containing two atoms bonded to each other.

Monatomic: Monatomic compounds are composed of particles with single atoms.

Diatomic: Diatomic compounds are composed of molecules with two atoms.

Monatomic: There are no chemical bonds between particles of monatomic compounds.

Diatomic: There are ionic or covalent bonds between two atoms of a diatomic compound.

Monatomic: Other monatomic species except noble gases are not that stable.