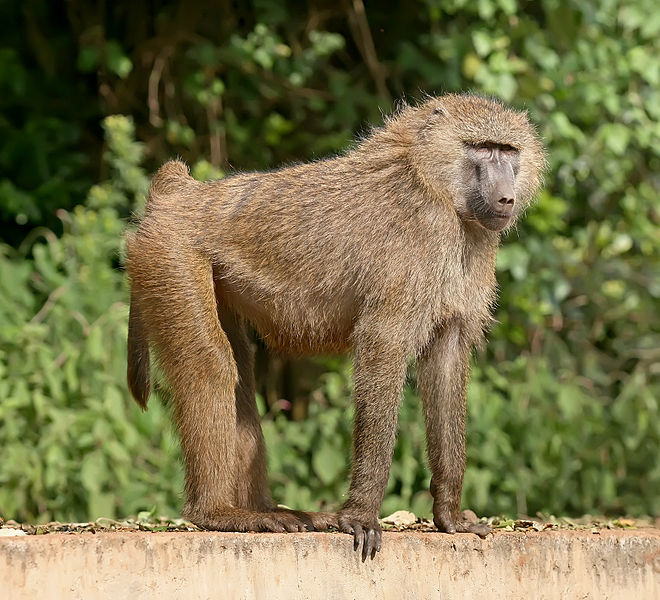 New-world monkey live in neotropical forests in Central and South America. The size of these monkeys may vary from 6 inches (pygmy marmoset) to 3 feet (howler monkey) in length. The nostrils of new-world monkey are wide and circular. They are spaced apart as well. These monkeys have long tails, which sometimes serve as a prehensile. They lack buttock pads and cheek pouches. A new-world monkey is shown in figure 2. 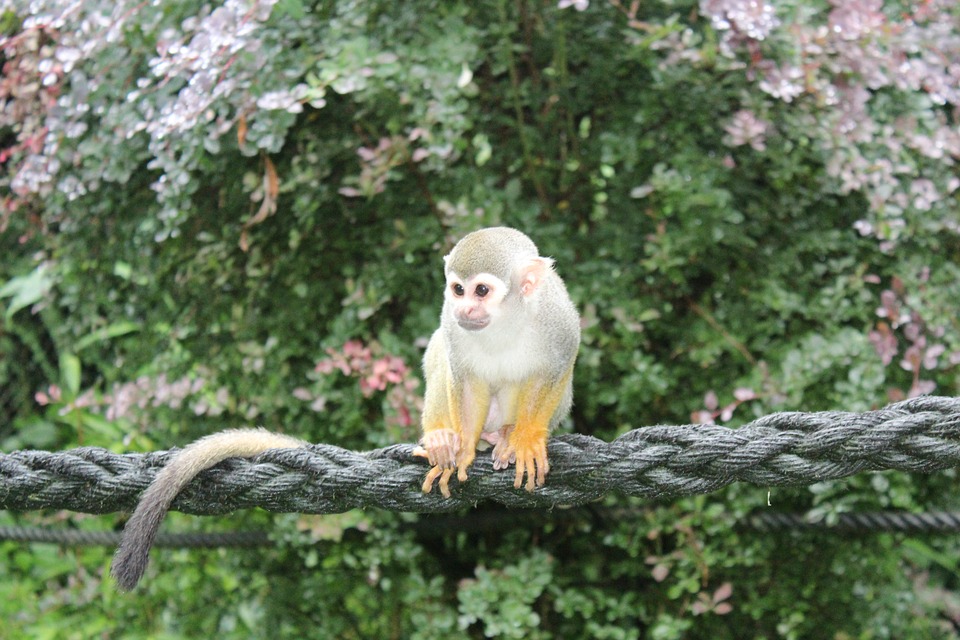 Gorillas, chimpanzees, orangutans, bonobos, and humans are great apes. The face of great apes is not covered with hair. The ears are round, and they do not have cheek pouches. The fingers are opposable, and the thumb is shorter. The great apes are bipedal. They rely on vision rather than smell. They also have a wide range of facial expressions and vocalizations. They are intelligent and are capable of thinking as well. An orangutan is shown in figure 3. 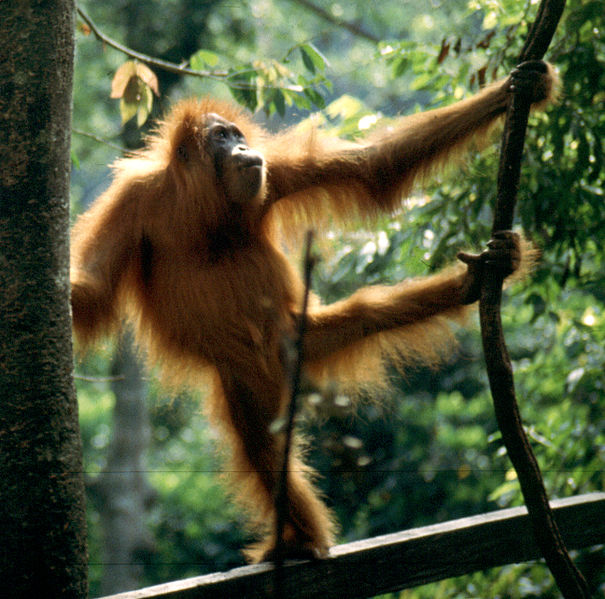 Lesser apes consist of gibbons. They are smaller than great apes and live in pairs. The largest type of lesser apes are siamangs. A male siamang is shown in figure 4. 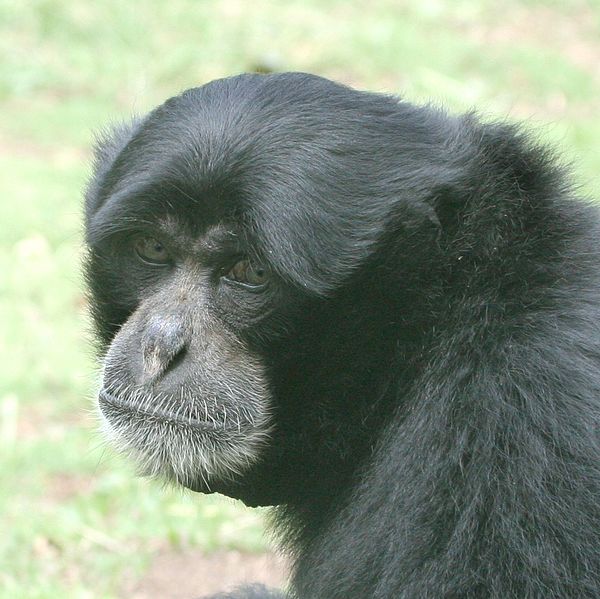 The most dangerous type of apes is humans. He destroys the habitats of other apes and hunts other apes for bushmeat.

Similarities Between Monkey and Ape

Difference Between Monkey and Ape

Monkey: Monkey is a small primate with a long tail, living in trees of the tropical countries.

Ape: Ape is a large primate that does not have a tail.

Monkey: Around 260 known species of monkeys can be identified on earth.

Ape: Around 23 known species of ape can be identified.

Monkey: Monkeys can be found in Asia, Africa, Central and South America.

Ape: Apes can be found in Africa and South Asia.

Monkey: The lifespan of a monkey is about 30 years.

Ape: The lifespan of an ape is about 60 years.

Monkey: Monkey has a small brain.

Ape: Ape has a larger brain when compared to a monkey.

Monkey: Monkey has a small body with a quadrupedal position.

Ape: Ape has a large body with upright posture when compared to a monkey.

Monkey: Monkey has a narrow chest.

Ape: Ape has a broader chest.

Monkey: All limbs of monkeys are equal in length.

Ape: The upper limbs of apes are longer than lower ones.

Monkey: The arms of the monkey are unable to straighten at the elbow. The wrist and the forearm can achieve a limited range of movements.

Ape: The arms of the ape fully straightened at the elbow. The wrist and the forearm can achieve a wide range of movements.

Monkey: Monkeys run along the tops of the trees by jumping. The tail is used to help the balance.

Monkey: Monkey does not use any tool.

Ape: Apes can use tools for hunting, nut-cracking, and for play.

Ape: Apes can be closely compared to humans.

Ape: Great apes and lesser apes are the examples of apes.

Monkey and ape are two higher primates with four limbs. Monkey has a tail. Furthermore, apes have strong upper limbs to swing from branch to branch. Other anatomical features of monkey and apes were described in the above. Apes have higher intellectual capabilities as well. The main difference between monkey and ape is the anatomical structure of the body.