The main difference between myth and folktale is that the myth is a traditional or legendary story usually explaining some historical phenomenon or religious concept while the folktale is a fictional story passed down through generations.

There is only a fine line that separates myth and folktale. However, both myths and folktales are genres of fictions in any culture. They are symbolic of the culture and traditions of a particular community as they showcase their lifestyles, religious beliefs, and customs along with their imaginative power. 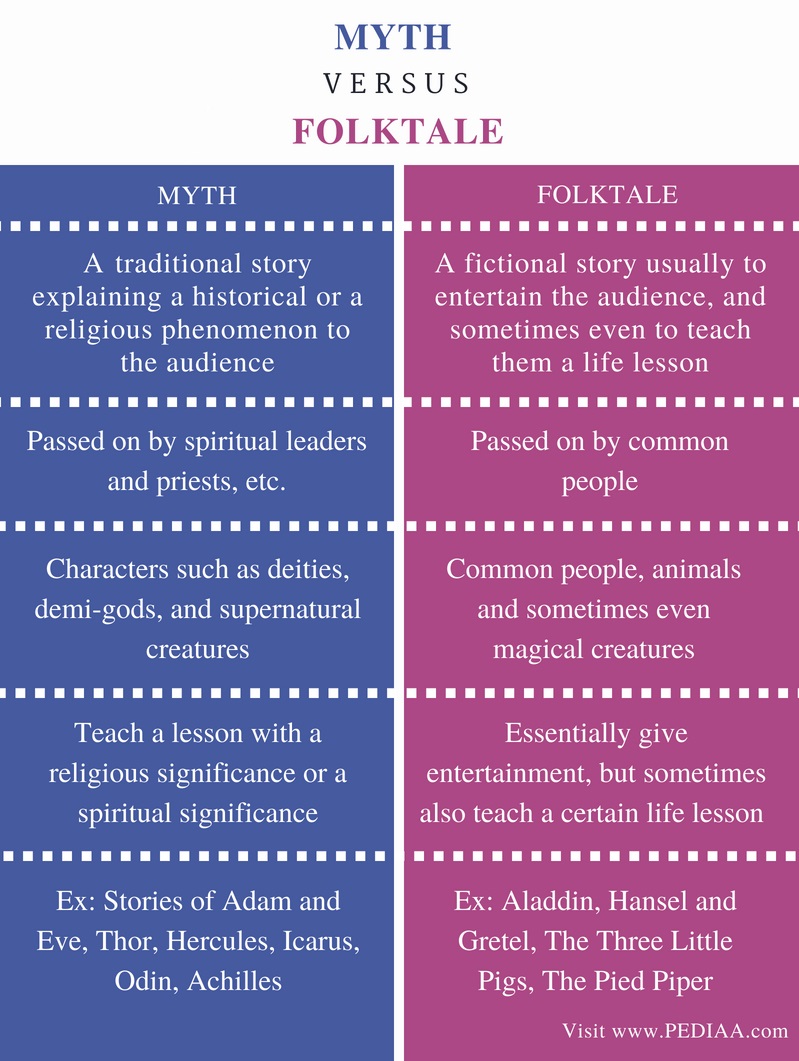 What is a Myth

A myth is a story based on a tradition or a religious concept, which is deeply symbolic. The etymology of the term myth is from the Greek word ‘mythos’ which means a ‘story’. A myth conveys a truth about the world or the mankind to its audience even though it doesn’t necessarily record a true event. Therefore, in a myth, the symbolism of the events in the myth is more important than the events in it.

Myth, thus, accounts for the origin of the world, natural phenomena such as life and death, human conditions like suffering, human flaws, etc. The origins of myth are uncertain (however, they can date back to ancient times), and they are usually generated and continued to the next generation by in oral traditions.

Furthermore, they use concepts such as tragedy, triumph, honour, bravery, righteousness and even foolishness. It often consists of characters such as gods, deities, demi-gods, supernatural creatures and even humans and animals. Therefore, myths have a certain religious value to them, that highlight a set of religious beliefs and practices.

According to William Bascom ‘Myths are the embodiment of dogma: they are usually sacred, and they are often associated with theology and ritual’. Therefore, in a way, myth can also be highlighted as the direct expression of a culture’s religious beliefs. 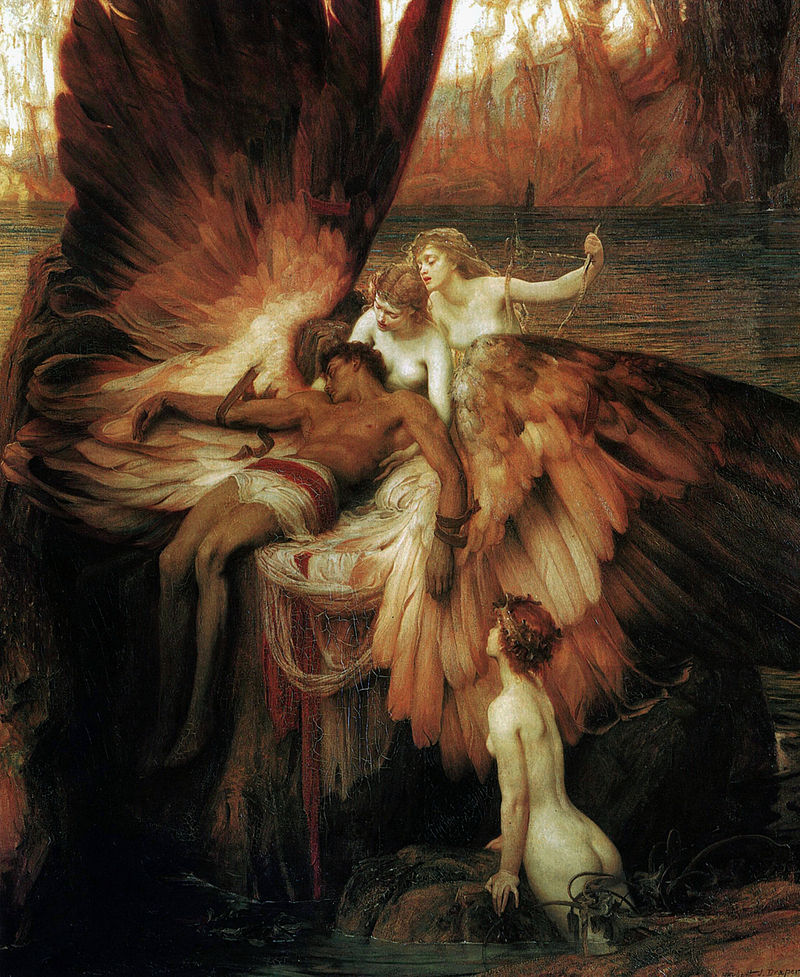 Although what a myth relates is not an entirely real occurrence or happening, some myths may be influenced by real accounts, and these have been remade to become more symbolic with time or different locations. Moreover, myths and their concepts have also inspired great in literary pieces such as A Midsummer Night’s Dream by Shakespeare, Metamorphoses by Ovid, etc.

What is a Folktale

A folktale is a part of folklore. Therefore, folklore can be defined as the ‘people’s knowledge passed on by oral (being the most prominent form), written, visual means at any given time in the history’.

Similarly, folktales are tales or stories narrated by the ‘folks’ or common people. These are thus passed on from one generation to the next. Folktales consist of stories usually created to entertain the audience and also sometimes to teach them a certain lesson about their behaviours and social ethics. 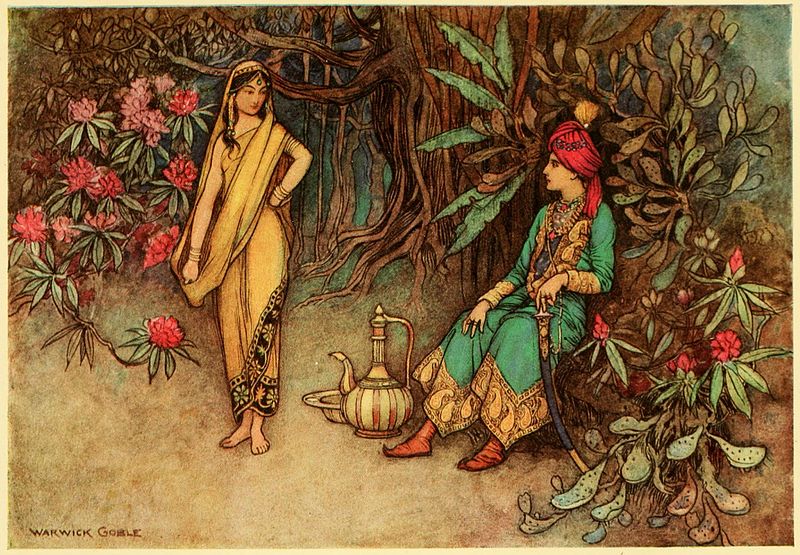 Therefore, different cultures have their own unique and varied folktales. Thus, a folktale is a way can be highlighted as the direct expression of a certain culture’s values and behavioural rituals. Moreover, unlike myths, which are associated with religious rituals and beliefs, folktales are more secular in quality.

Similarities Between Myth and Folktale

Difference Between Myth and Folktale

A myth is a traditional story explaining a historical or a religious phenomenon to the audience while folktale is a fictional story usually to entertain the audience, and sometimes even to teach them a life lesson.

Myths often teach a morality; thus, they teach a lesson with a religious significance or a spiritual significance while folktales essentially give entertainment, but sometimes they also teach a certain life lesson. Therefore, unlike myths, folktales are secular.

Some examples of myths include stories of Adam and Eve, Thor, Hercules, Icarus, Odin, Achilles, etc. Some examples of folktales are Aladdin, Hansel and Gretel, The Three Little Pigs, The Pied Piper, Jack and the Beanstalk, The Seven Ravens, etc.

Even though myths and folktales appear similar in nature, they also have distinguishable differences between them. The main difference between myth and folktale is that myth is a legendary story usually explaining some historical or religious phenomenon while folktale is a fictional story passed down by generations.