The main difference between assimilation and multiculturalism is that assimilation is a process where minority cultural groups within a mainstream culture come to reflect the mainstream group in terms of their values, beliefs, and behaviours, while multiculturalism is a process where the mainstream culture acknowledges and accepts the cultural, ethnic, or racial differences and identities of the minority groups for their uniqueness.

Multiculturalism and assimilation are two different approaches taken to achieve equality and social cohesion between minority and mainstream socio-cultural groups. However, behind these two concepts, there stand two completely opposite ideologies. 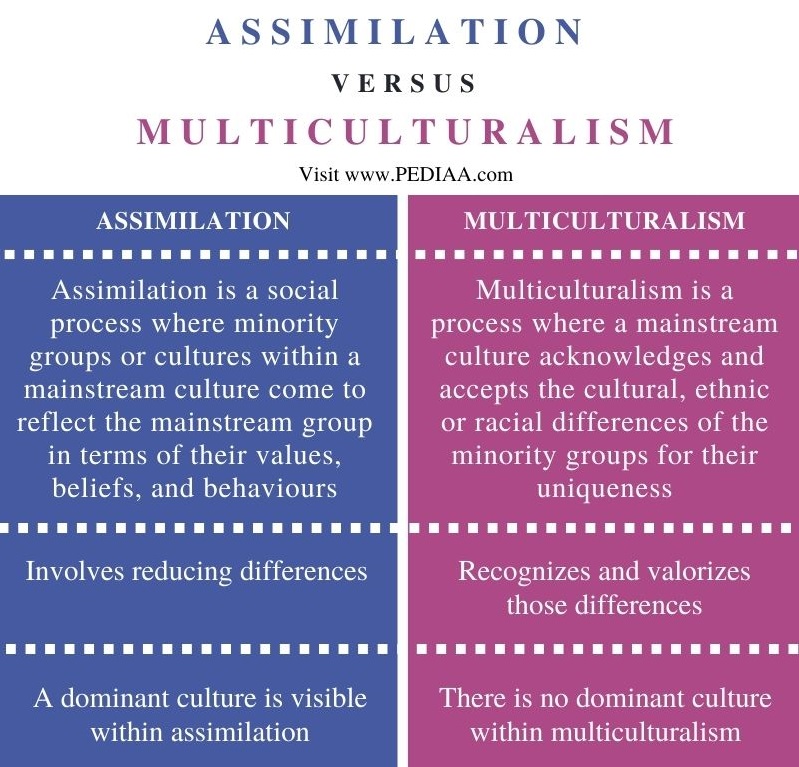 It’s important to note that cultural assimilation never promises social alikeness. For instance, different bars placed between cultures (mainly by the dominating culture), such as geographical barriers, resulting in the subcultures never receiving equal social treatment. Furthermore, it is noticeable that cultural assimilation sometimes occurs spontaneously when a culture willingly and naturally acquires the mainstream cultural patterns. But sometimes, it is often forcibly imparted by the mainstream culture on the subcultures.

Multiculturalism is a social process where the mainstream culture acknowledges and accepts the cultural, ethnic, or racial differences of the minority groups. This cultural acknowledgement can take place in different forms:  recognized for the cultural contributions of the subcultures towards the cultural life of the mainstream political community, as a request for special legal protection for certain cultural groups, or as autonomous rights of governance for specific cultures. 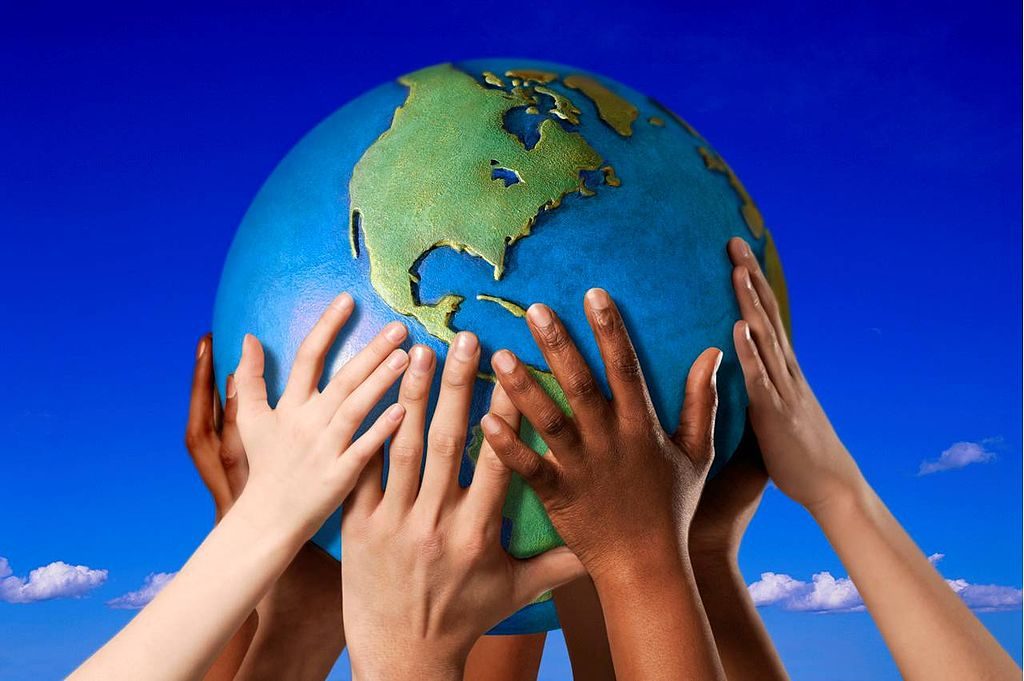 Multiculturalism is a consequence of cultural pluralism prevailing in modern democracies. Most significantly, it is a way of paying back the subcultural groups for previous discriminations, exclusions, and oppression. Most modern democratic societies include members with diverse cultural practices and viewpoints.

Many minority cultural and social groups were subjected to oppression and were excluded from mainstream society due to the mismatch of the socio-cultural identities in the past. Multiculturalism came to being as a response to this issue and attempts to include the views and contributions of diverse socio-cultural members of society while maintaining respect for their differences. Furthermore, multicultural societies do not demand subcultures to assimilate into the dominant culture.

Similarities Between Assimilation and Multiculturalism

Difference Between Assimilation and Multiculturalism

1. “Multiculturalism” By Monisha.pushparaj – Own work (CC BY-SA 3.0) via Commons Wikimedia