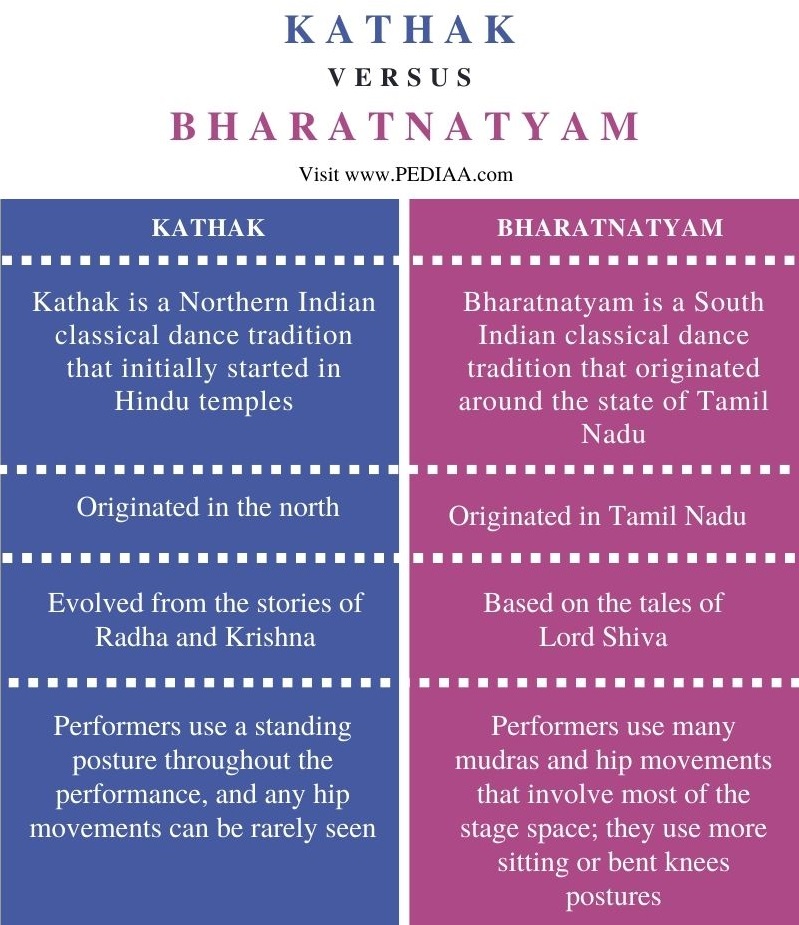 Kathak is an Indian classical dance form that originated in North India. Kathak originated in Hindu temples mainly as a storytelling device that portrayed the epic tales of Mahabharata, Ramayana, and Hindu scriptures. In the beginning, Kathak performance poetry was combined with the rhythmic movement of the dancer in order to deliver devoted storytelling. 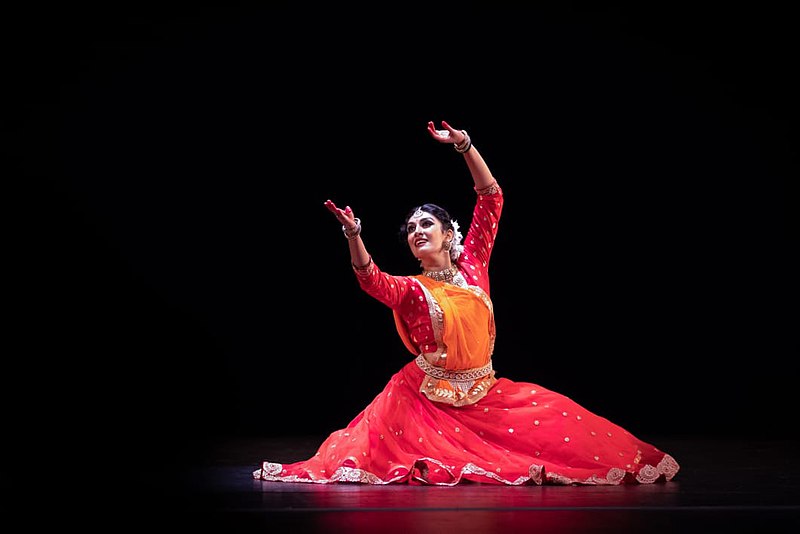 However, Kathak story performances that started inside the North Indian Hindu temples did not remain inside the temple walls for a long period of time. The wandering storytellers who were known as Nomadic Kathakars started to spread the Kathak dance tradition throughout India. Later on, Katha performers included facial expressions and different emotions in their performances, further developing the dance tradition with the addition of different elements of theatricality and of mime performances.

There are three main gharanas or schools of Kathak dance: Lucknow, Varanasi, and Jaipur. This dance form also has two main forms: nritya (pure dance) and abhinaya (expressions). Moreover, Kathak uses an intricate system of footwork, and dancers create complex rhythmic patterns with the use of the flat feet and the sound of the ankle bells they wear. In addition, dancers use their upper body movements, neck movements, eyes and eyebrow movements, facial expressions, bends, and turns to narrate a tale. 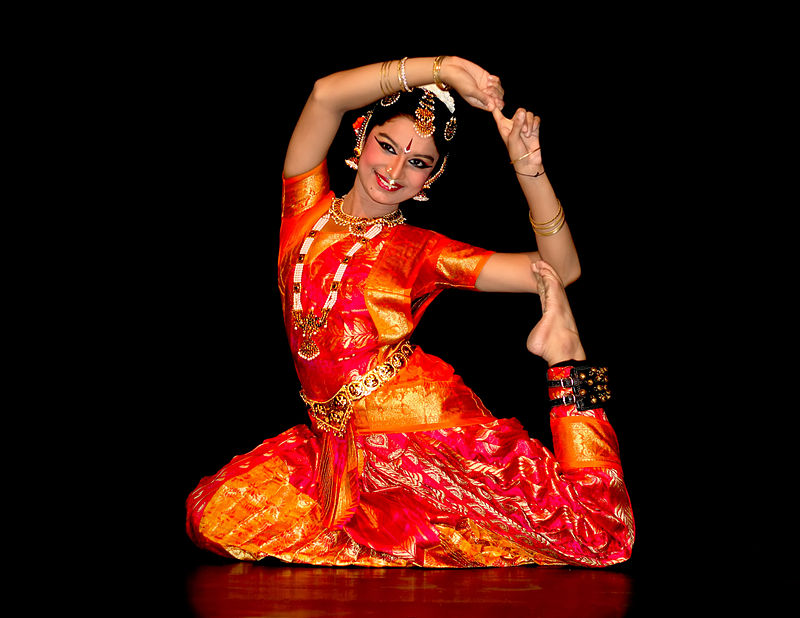 Furthermore, the theoretical foundation of Bharatnatyam extends back to ‘Natya Shastra,’ which is an ancient Sanskrit Hindu text based on the performing arts. In Bharatnatyam, dancers emote the illustrative tales of Hindu religion and spiritual ideas with their impressive footwork and gestures. The performances typically involve natya, nrita, and nritya, and the dancer is usually accompanied by music, a singer, and especially a guru who conducts and directs the performance of the dancer.

Bharatnatyam, as a performing art, has continued to inspire several other forms of art forms such as sculptures and paintings, beginning with the picturesque CE temple sculptures of the 6th century.

Similarities Between Kathak and Bharatnatyam

Difference Between Kathak and Bharatnatyam

Bharatnatyam is based on the tales of Lord Shiva, while Kathak dance tradition has evolved from the stories of Radha and Krishna.

1. “What Is Kathak Dance?” Katha Dance Theatre.
2. “What Is Bharatanatyam?” Bollycurves.