Home » Language » English Language » Grammar » Difference Between Of and About

The main difference between of and about is that the preposition of implies a possessive quality while the preposition about implies concerning or on the subject of something.

The two prepositions of and about are among the top misused terms in English. They overlap in many instances, yet it is necessary to know they have different meaning pertaining to their usage.

English Language, Grammar, Of, About, Linguistics 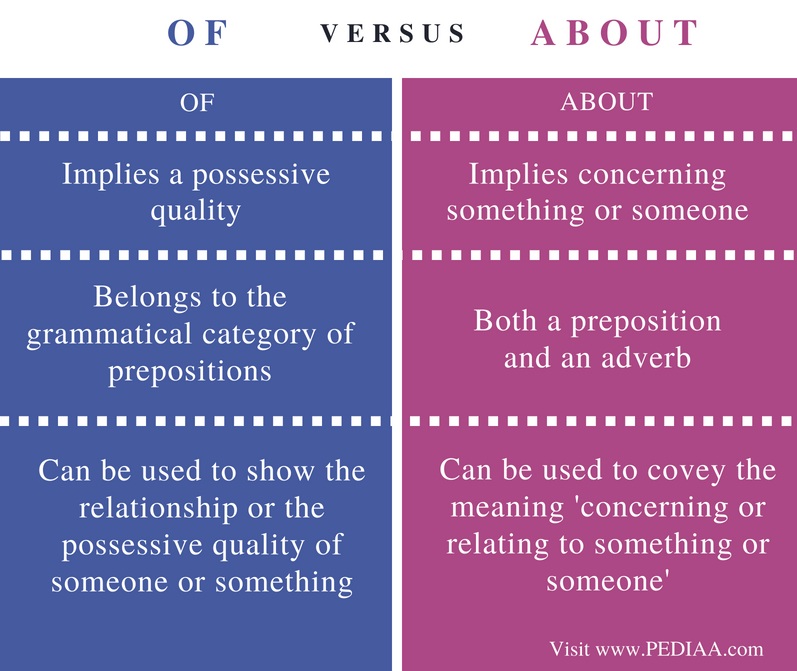 What Does Of Mean

As defined by Cambridge dictionary Of is basically used “to show possession, belonging, or origin”. Therefore, it indicates the relationship between two entities, typically one belonging to the other or the connection between a part and a whole.’ In other words, of coveys a meaning of possessive quality of the subject mentioned;

Mark was an ex-member of the famous Irish band Westlife

This is the new textile shop of my sister.

The organizing committee of the event decided to change the agenda this time. 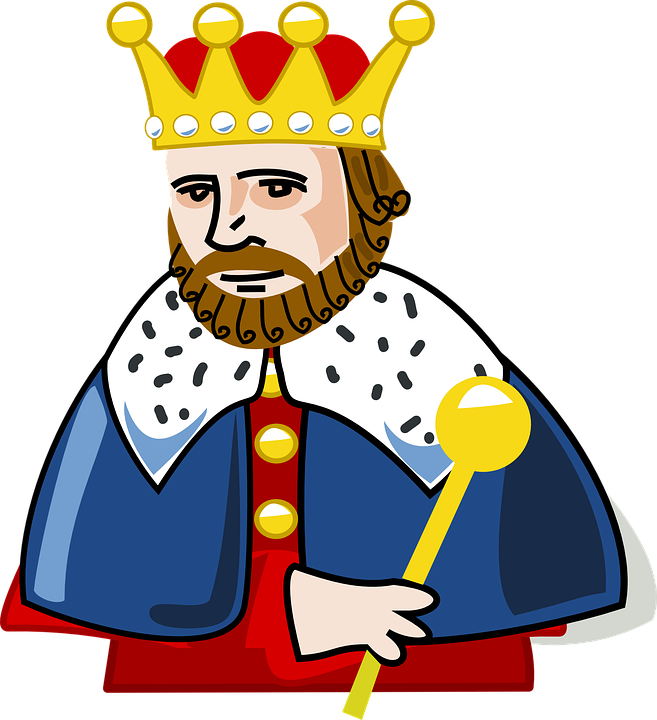 Figure 1: He was the king of England during that period.

Moreover, of is also used after a number, quantifier, or partitive noun, with a word denoting the whole functioning as the head of the phrase:

She kept this piece of cake especially for you.

He came inside, pouring another cup of coffee

Unlike most of his gang, he wasn’t interested in flirting with girls.

I bought a bottle of champagne to celebrate your achievement.

Moreover, of also has meaning as mentioned below:

What Does About Mean

Similarly about primarily indicates ‘On the subject of; concerning’ as defined by the Oxford dictionary. Or about in brief highlights some fact ‘on the subject of, or connected with’

I have heard vicious rumours about him.

This is the film about the French Revolution I told you about.

He was always boasting about his job.

She is always thinking about him these days

This newly added chapter is about the history of Europe and its influence on the neighbouring countries. 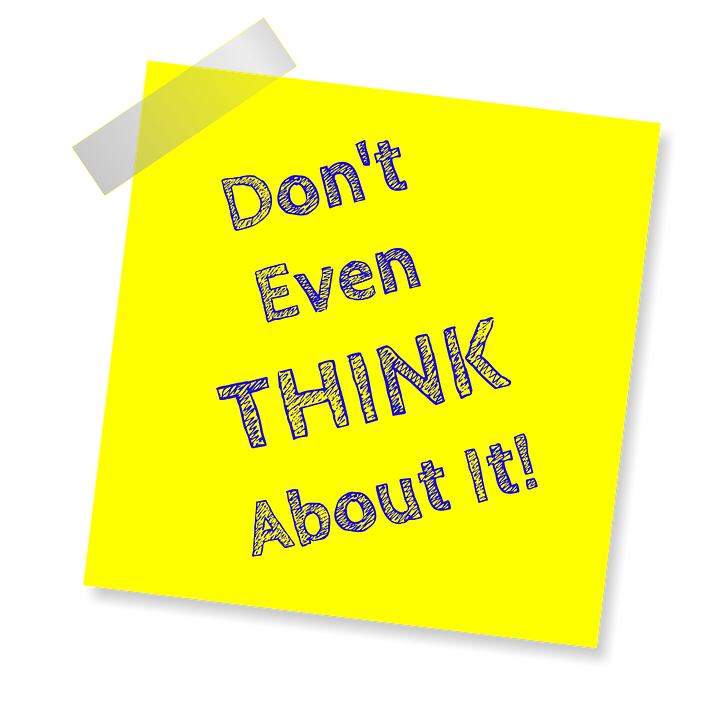 Moreover, about can also be used to describe a quality apparent in a person.

I would say the house has a gothic quality about it.

The new model has a unique grace about her movement.

Apart from being a preposition, about also acts as an adverb where it implies the meaning of ‘approximate number of something’.

I think it will cost about 50 dollars.

Do you think she is about 25 years of age?

The editor gets about 10 articles per day to proof-read

Difference Between Of and About

Of belongs to the grammatical category of prepositions while about is both a preposition and an adverb.

Similarly, we can use of to show the relationship or the possessive quality of someone or something while about can be used to covey the meaning of concerning or relating to something or someone.

Even though the two prepositions of and about seems very similar in their meaning, they share different meaning as rules with regard to their proper usage. The main difference between of and about is that of implies a possessive quality while about implies concerning or on the subject of something. Therefore, it is essential to know these diverging details they share.