2. What is the Middle English?
– Origins, Features, Characteristics

3. What is the difference between Old and Middle English?

What is Old English

Old English is the earliest historical form of the English language, which was spoken in England and some parts of Scotland during the early Middle Ages. It was brought to England by the Anglo-Saxon settlers during the 5th century. It was used in Britain from 400s through the 1100s.

Old English has four main dialectal forms: Northumbrian, Kentish, Mercian, and West Saxon. Its closest relatives are Old Saxon and Old Frisian. The grammar of Old English is somewhat similar to modern German. The word order is much freer, but nouns, pronouns, adjectives and verbs have many inflectional forms and endings. Like any other old language, it is very different from its modern version; therefore, speakers of Modern English find it very difficult to understand it without study. Old English vocabulary mostly contained Germanic words; most of these words do not exist in the Modern English vocabulary as these words were later replaced by Latin and French words. Words with Latin origins such as cleric, abbot, nun, hymn, temple, silk, purple, beet, lentil, pear, radish, doe, oyster, cannon, ark, alter, and alms entered into the English vocabulary during the later Old English period.

The earliest Old English inscriptions used a runic system, but this was replaced by a version of the Latin alphabet from about the 9th century. The earliest written work in Old English dates back to the 7th century. 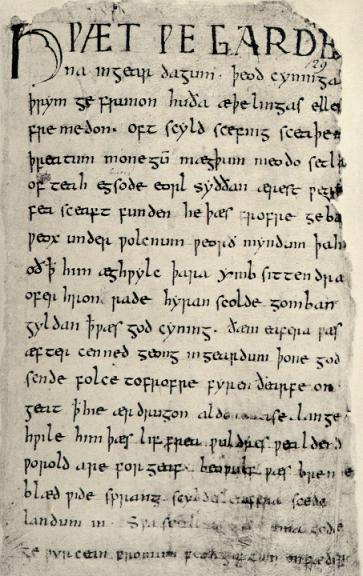 The first page of Beowulf

What is Middle English

Everyday vocabulary mostly remained Germanic, but areas such as law, politics, religion and arts saw an adoption of Norman French vocabulary. Although the writing customs varied widely during this period, a standard based on the London dialect became established aided by the invention of the printing press. This standard is the foundation of Modern English spelling. Therefore, Modern English speakers can understand Middle English better than Old English. Wycliffe and Geoffrey Chaucer are notable writers who wrote in Middle English. 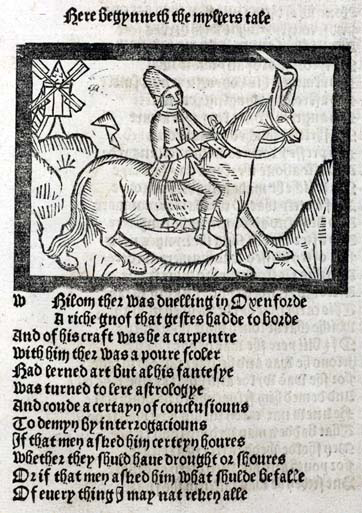 A page from Chaucer’s Canterbury Tales

Difference Between Old and Middle English

Old English is the earliest historical form of the English language.

Middle English developed out of Old English after the Norman Conquest in 1066.

Old English did not have a fixed word order.

Middle English began to have a fixed word order.

Old English nouns, pronouns, adjectives and verbs have many inflectional forms and endings.

Old English vocabulary was influenced by Latin and Germanic languages.

Middle English everyday vocabulary mostly remained Germanic, but specific fields such as law and religion were influenced by Old French.

Old English inscriptions originally used a runic system, but this was replaced by a version of the Latin alphabet in the later part.

Middle English developed a standard towards the end of the period, with the invention of the printing press.