What is a Directional Antenna

Parabolic “dish” antennas are examples of directional antennas. The parabolic shape helps to reflect and concentrate the signal towards the receiver. These antennas are often used to receive satellite television. Since the antenna is directional, it needs to be pointed in the direction of the satellite. 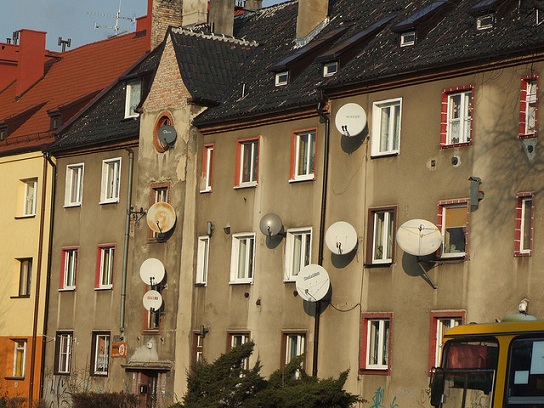 Satellite TV antennas on a building.

Other types of directional antennas include Yagi Uda antennas and log-periodic antennas, shown below:

A Yagi Uda antenna (left) and a log-periodic antenna (right).

The diagram below shows a radiation pattern for a simple directional antenna: 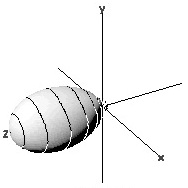 Radiation pattern for a type of directional antenna

Note that in this case, the signal is transmitted most strongly in the z direction.

What is an Omni Antenna

An omni antenna transmits/receives signals in such a way that, along one plane, the signals are sent out in all directions with equal strength while the strength of signal varies as you move in any plane perpendicular to that plane. A simple omnidirectional radiation pattern is shown below: 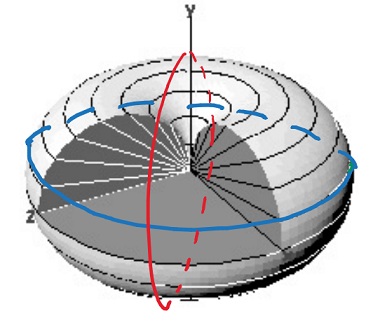 The radiation pattern for a simple omni antenna (shown as grey).

Omni antennas are used when signals need to be transmitted in many directions. For instance, mobile phone signals and FM radio signals are transmitted using omni antennas, because they are not meant to be received by a receiver at a fixed location. 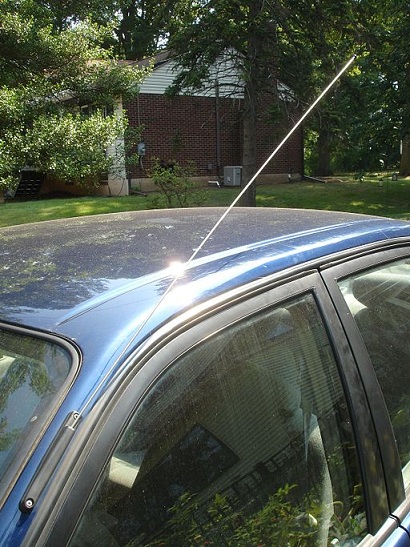 A whip antenna on a car that receives radio signals is an example of an omni antenna.

Difference Between Omni and Directional Antenna

Directional antennas transmit or receive signals most strongly along one direction.

Omni antennas transmit or receive signals in all directions along a plane.

Directional antennas produce a larger signal gain compared to Omni antennas, if they both have the same efficiency and receive signals with the same power.

Omni antennas are used to transmit electromagnetic waves to receivers whose locations may not be fixed (e.g. mobile phone communications, FM radio).

“Reception” by Jerzy Kociatkiewicz (Own work) [CC BY-SA 2.0], via flickr

“Car radio stock antenna, which has been extended and displayed with the car shown in portrait view orientation for context…” by Zuzu (Own work) [CC BY-SA 3.0], via Wikimedia Commons