Both soldering and brazing are types of metal joining processes where a filler material is fused and applied to the joint between metal objects to unite them without heating the objects to the melting point. However, the two metal parts involved are not melted in the process as opposed to welding, and only the filter material gets melted in between. These two processes differ from each other due to the temperatures they use. Therefore the main difference between soldering and brazing is, soldering happens at a lower temperature while brazing takes place at a high temperature.

As mentioned above, this is a method that is used to join metal parts together by using another metal which is melted in between. The metal that is melted is called the ‘filler metal’ or the solder. The filler metal usually has a lower melting point than the metals to be joined. It is common to use an alloy as the filler material. The most used alloy is made of a eutectic mix of tin and lead. This is almost a 60:40 mix respectively.

Soldering is used when it is not necessary for the metals to be joined tightly. The soldering temperature is around 400°C. Soldering can be divided into three main sections; Soft Soldering, Silver Soldering, and Brazing. The tin-lead alloy is commonly used for soft soldering whereas silver soldering uses a silver alloy and brazing uses a brass alloy. The metals selected as the filler depends on conditions used for each type of soldering. Silver soldering and brazing use higher temperatures compared to  soft soldering. The process of melting the filler material between the metals parts to be joined is called ‘wetting’. This metal, once cooled, stays at the joint under tensile strength. 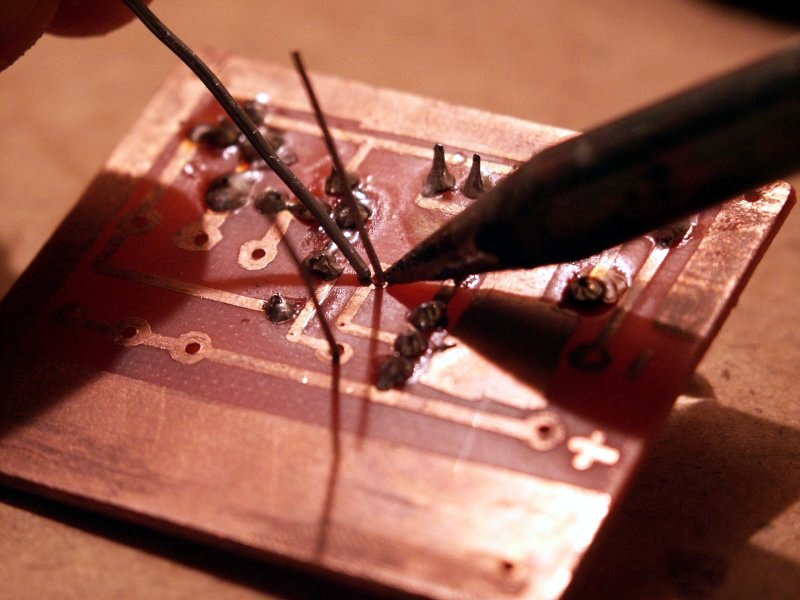 This is a type of soldering process where a melted metal is used to join two or more metal parts together. It usually occurs at a higher temperature than soldering, which is above 450°C. In addition, the gap between the two metal parts is generally a lot smaller in the case of brazing than in soldering. Brass alloys are the most common filler metal used in brazing. However, various other kinds of alloys such as Silver-Copper and Silver-Zinc alloys are becoming popular for brazing. These filler material flow over the joint when melted (wetting process) and upon being cooled they get harder by creating a fix between the metal parts that were to be joined.

Brazing requires high temperatures and if the filler is surrounded by air, the metals will tend to oxidize. Therefore, brazing is generally done under another atmosphere other than air. A common type of artificial atmosphere used is; combusted fuel gas. Torch brazing, furnace brazing, induction brazing, dip brazing etc are few of various types of brazing that exist. 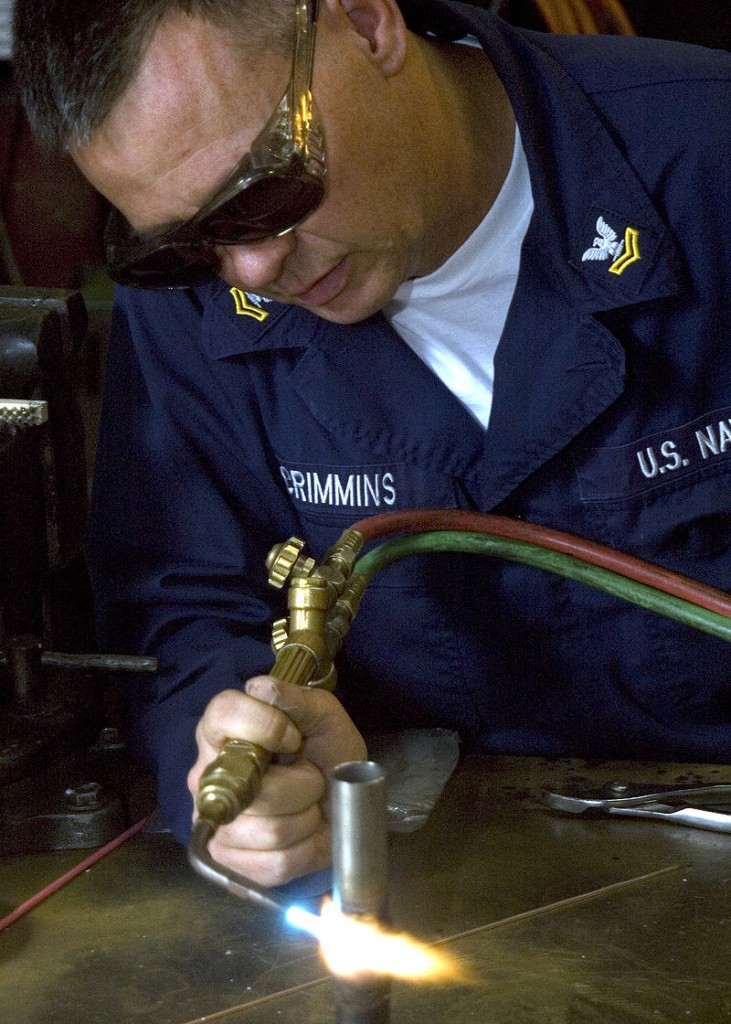 Difference Between Soldering and Brazing

Soldering is a metal-joining process where the melting temperature of the filler metal is relatively low.

Brazing is a metal-joining process where the melting temperature of the filler metal is usually above 450°C.

The most common type of filler metal used in soldering is a 60:40 tin: lead alloy.

Soldering occurs at temperatures around 400°C.

Brazing occurs at temperatures above 450°C.

Gap between metals to be joined

When the gap between the metals parts is not a fine gap, soldering can be used.

Brazing is used to cover a fine gap between the metal parts to be joined.

Soldering is a softer metal-joining process where the metals parts are not held very tightly.

Brazing creates a tight fit between the metal parts joined. 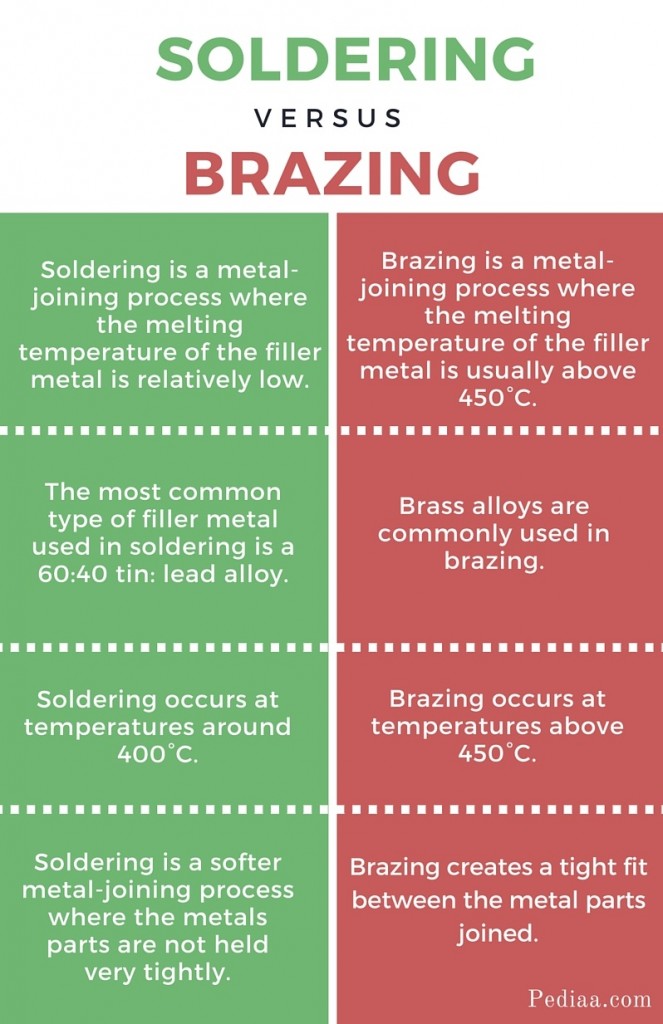