Plasmid and cosmid are two of the four types of vectors that artificially carry foreign genetic material into a second cell. Viral vectors and artificial chromosomes are the other types of vectors that carry foreign DNA. Vectors are self-replicative, double-stranded DNA molecules. They are widely used in the laboratory manipulation of genes. The main difference between plasmid and cosmid is that plasmid is a loop of double-stranded DNA, naturally found in the bacterial cytoplasm and replicates independently from chromosomes whereas cosmid is a type of plasmid constructed by the insertion of cos sequences from the λ phage. 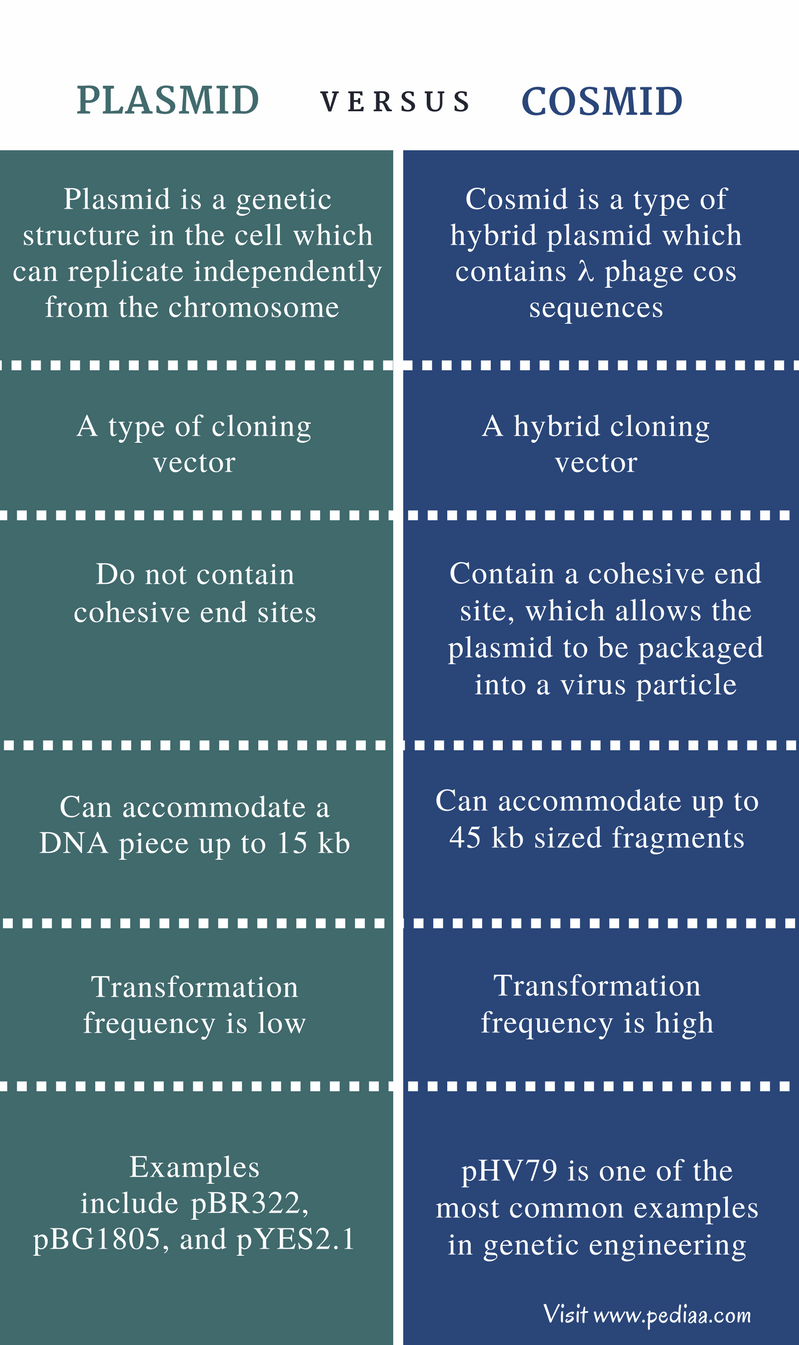 Plasmids are extra-chromosomal, self-replicating, double-stranded, circular DNA molecules, usually found in bacterial cells. However, plasmids are not necessary for the survival of bacteria under normal conditions. They contain the necessary information for antibiotic resistance, metal resistance, nitrogen fixation, and toxin production. Naturally occurring plasmids can be modified by in vitro techniques such as code transformation. Plasmids are types of vectors which are used as vehicles to carry genetic information to a second cell. 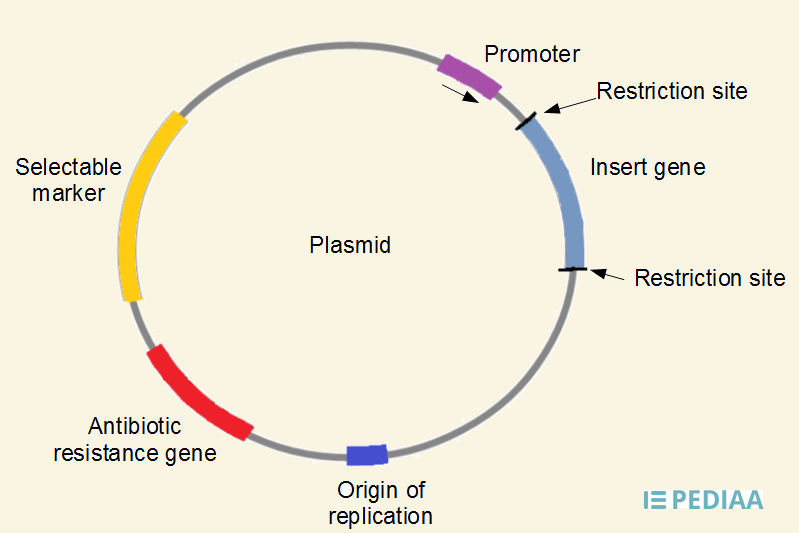 What is a Cosmid

Cosmids are hybrid vectors derived from plasmids. They contain cos genes of the λ bacteriophage. The presence of the cohesive end site, cos λ in a plasmid allows the plasmid to be packaged in vivo into viral particles. But, cosmids do not have genes that encode viral proteins. Therefore, the formation of viral particles is prohibited in cosmids. Both plasmids and cosmids share the origin of replication, a marker gene, which codes for antibiotic resistance, and a special site for the insertion of a foreign DNA piece. Additionally, cosmids can accommodate up to 45 kb sized fragments. Since cosmid vectors are capable of inserting large DNA fragments when compared to plasmids, they are suitable for cloning large mammalian genes or multi-gene fragments. 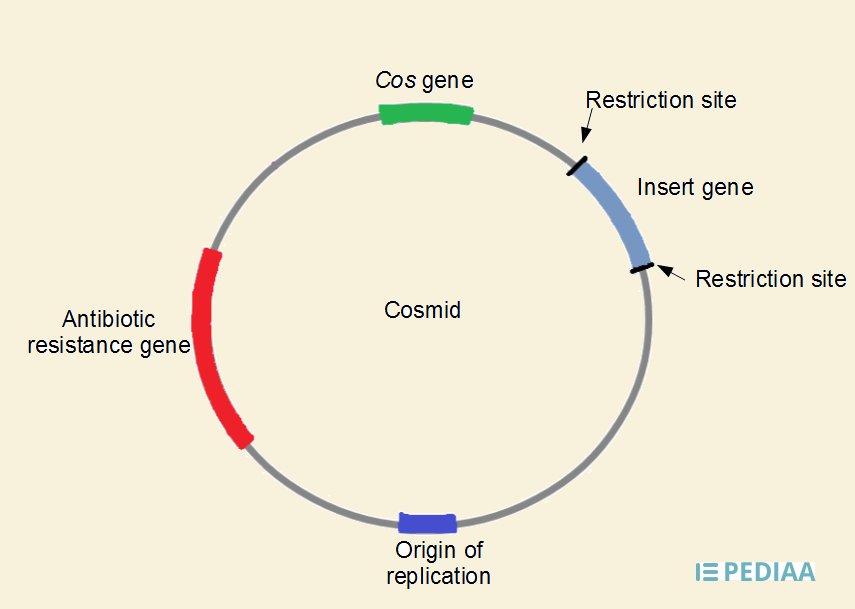 Similarities Between Plasmid and Cosmid

Difference Between Plasmid and Cosmid

Plasmid: Plasmid is a genetic structure in the cell which can replicate independently from the chromosome.

Cosmid: Cosmid is a type of hybrid plasmid which contains λ phage cos sequences.

Plasmid: Plasmid is a type of cloning vector.

Cosmid: Cosmids contain a cohesive end site, which allows the plasmid to be packaged into a virus particle.

Size of the Insert

Plasmid: Plasmid can accommodate a DNA piece up to 15 kb.

Cosmid: Cosmids can accommodate up to 45 kb sized fragments.

Cosmid: Transformation frequency of cosmid is higher than that of plasmids.

Cosmid: The pHV79 is one of the most common cosmids used in genetic engineering.

Plasmid and cosmid are two carriers of artificial DNA among cells. A plasmid is a circular, double-stranded DNA molecule, which comprises of a site for the insertion of a foreign DNA piece, which is to be transformed. Cosmids are modified plasmids, containing cos sites of the λ bacteriophage. Due to the presence of cos site, cosmid is capable of packaging into a virus particle. On that account, cosmids can accommodate large DNA pieces when compared to plasmids. Thus, the main difference between plasmid and cosmid is in their structure.