Propane and butane are simple organic molecules. These are categorized as hydrocarbons because these molecules are only composed of carbon atoms and hydrogen atoms. Both propane and butane are gases at room temperature and under atmospheric pressure. Both these gases are combustible gases. These gases can be burnt, releasing heat energy. The burning may occur as complete combustion or incomplete combustion. In both cases, a flame is given by the burning of these gases. This combustion gives carbon dioxide, gases like carbon monoxide and water vapor as byproducts.  The main difference between propane and butane is that propane molecule is composed of three carbon atoms whereas butane molecule is composed of four carbon atoms. 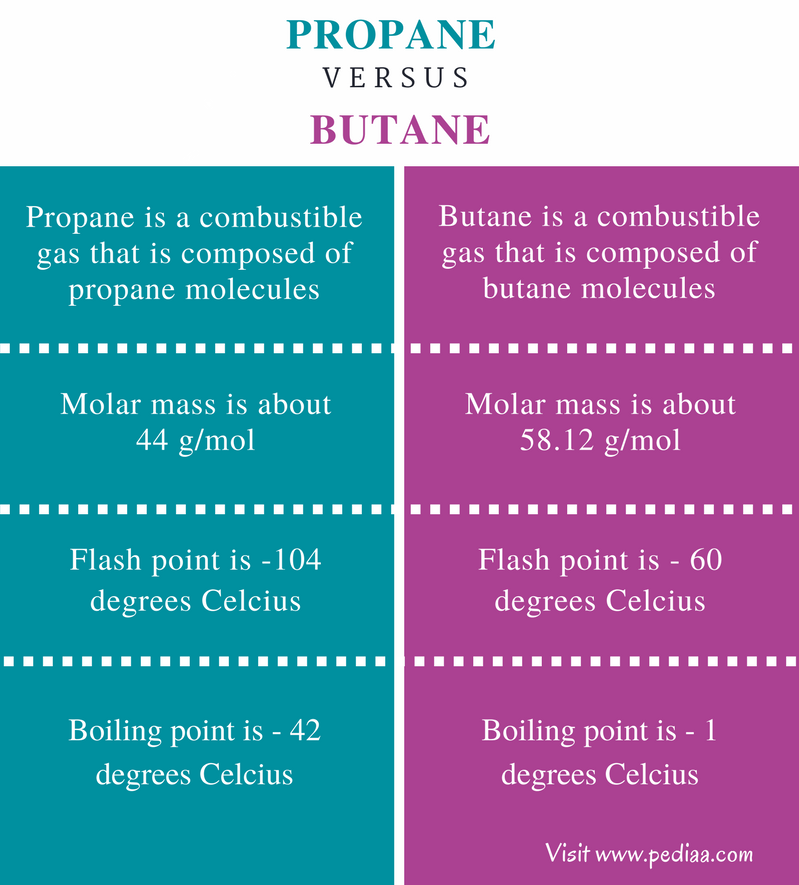 Propane is heavier than normal air since the relative density of propane is higher than 1. Therefore, if there is a mixture of propane and normal air in the same container, propane gas will sink to the bottom of the container. 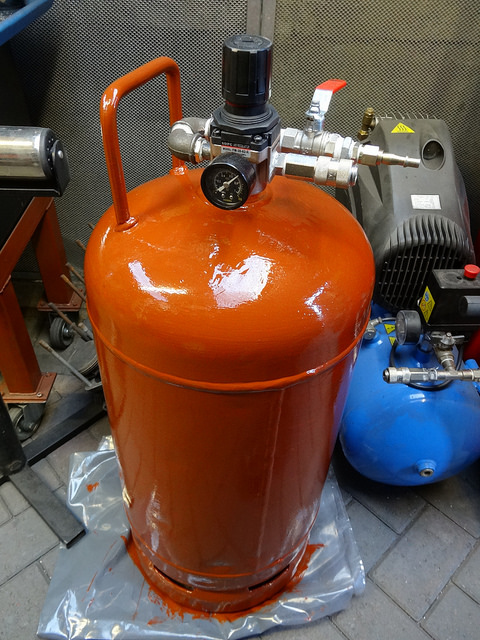 In addition to its use an industrial fuel, it can also be used as a motor fuel, a propellant for household aero sprays, the primary fuel for hot air balloons, etc.

Butane is a combustible gas that is composed of butane molecules. Butane has four carbon atoms and ten hydrogen atoms. Butane is an alkene and a hydrocarbon that is in the gaseous phase at room temperature and atmospheric pressure. The chemical formula for butane is C4H10. The molar mass of butane is about 58.12 g/mol. Butane can be found as two isomers: normal butane and isobutene. Normal butane is the simple linear structure of four carbons. Isobutane is a branched structure where one carbon atom is added as a methyl group to the three carbon backbone. 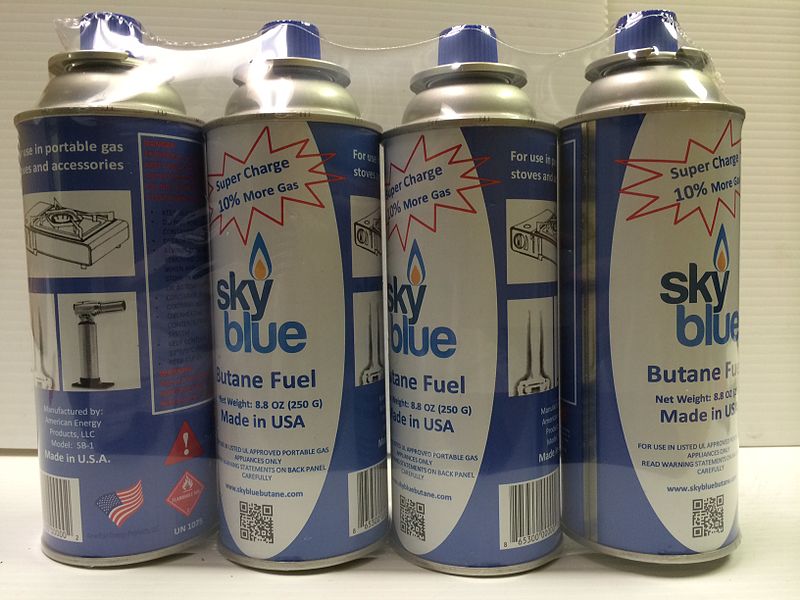 Similarities Between Propane and Butane

Difference Between Propane and Butane

Propane: Propane is a combustible gas that is composed of propane molecules.

Butane: Butane is a combustible gas that is composed of butane molecules.

Propane: The chemical formula of propane is C3H8.

Butane: The chemical formula of butane is C4H10.

Propane: The molar mass of propane is about 44 g/mol.

Propane: The flash point of propane is -104oC.

Butane: The flash point of butane is -60oC.

Propane: The boiling point of propane is -42oC.

Butane: The boiling point of butane is -1oC.