Both republic and democracy are forms of governments a state can adopt for its administration. These two forms stand prominently in the current world among other political systems in the current world. Even though these two forms seem similar in their administrative models and the legal standards, they still consist of several significant features that make them different. 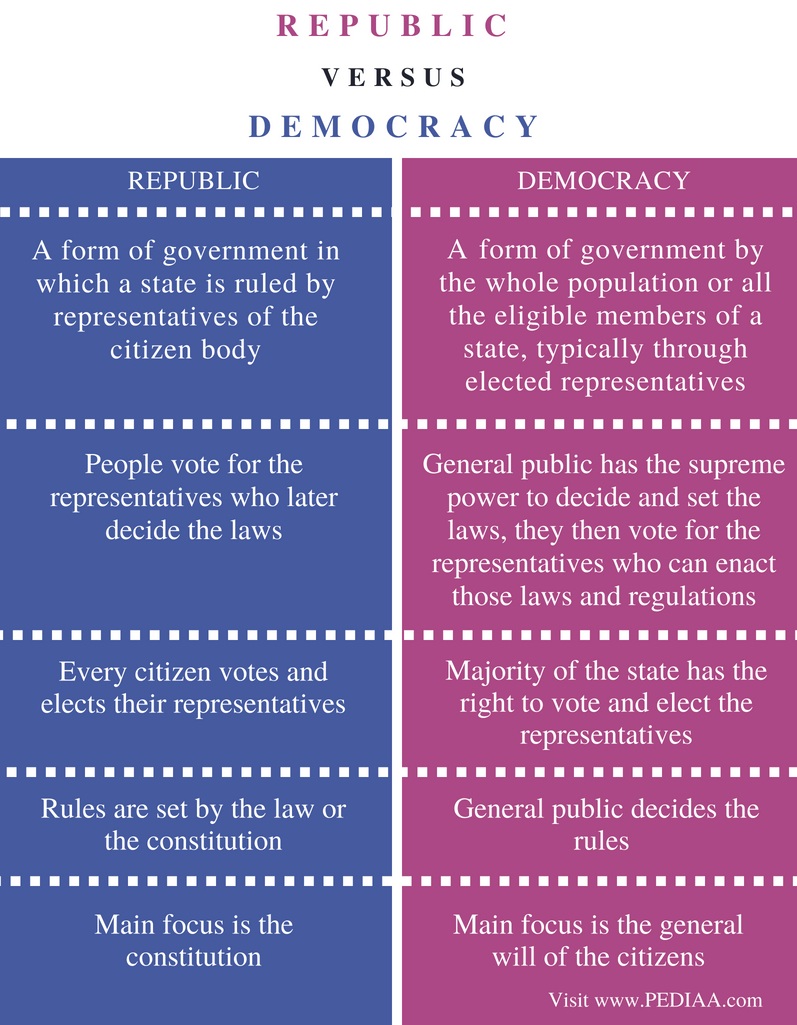 What is a Republic

Republic refers to the form of a government “where power is held by the people or the representatives that they elect”. Therefore, “supreme power resides in a body of citizens entitled to vote and is exercised by elected officers and representatives responsible to them and governing according to law”. Moreover, republics have presidents who are elected, rather than kings or queens.

Therefore, the term republic may also be applied to any form of government in which the head of state is not a hereditary monarch.

This is a form of government where the state is ruled by representatives of the citizen body. However, only these elected representatives will set the laws to the constitution and thus govern the state. Therefore, the priority in a republic are the laws, which are set by a set of authorities. 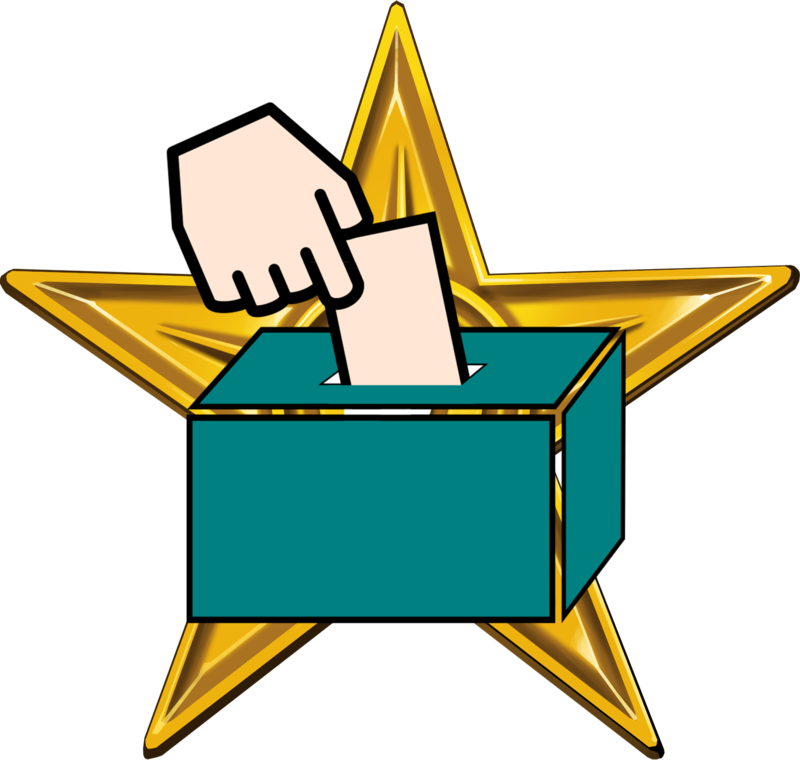 In a republic, instead of voting directly about what they want to do, like in a democracy, people vote for people to represent them. Then those people decide what to do.

What is a Democracy

As Merriam Webster defines, democracy is a government from ‘in which the supreme power is vested in the people and exercised by them directly or indirectly through a system of representation usually involving periodically held free elections.’ However, this government by the people is specially formed according to the rule of the majority.

The etymology of the word democracy dates back to ancient Greece; it was derived from the Greek word ‘dēmokratiā, meaning the rule of the people. In fact, Athens is considered as the birthplace of democracy. Democracy first started as a direct democracy (general public decides the laws for themselves) which later turned into an indirect or representative democracy as at present, where the people vote instead for those who can enact or create the laws and rules the general public desires.  Moreover, democracy is not only about voting; it considers everyone including those who hold the judicial, executive and the legislative power and the general public as equal. Therefore, it is necessary to ensure that law and order are exercised well to protect the public. In other words, the government should function according to the general will of the public.

Moreover, since democracy is a government by the majority, there is still a restricted group of citizens in a democracy. However, this group rules directly and personally runs the state.

Accordingly, four key elements can be identified in a democracy:

Similarity Between Republic and Democracy

Difference Between Republic and Democracy

Republic and democracy are two terms referring to government forms that are used interchangeably. However, there is a fine line that separates them. Unlike a democracy where the people decide the laws and thus vote for the laws that can be enacted by their representatives, in a republic, it is the constitution that set the laws, and the people vote for the representatives to rule the state. This is the difference between republic and democracy.