Irony is a figure of speech where one says the exact opposite of what one thinks. Irony can be described as the discrepancy between what is meant and what is said, what is expected and what happens, what is meant and what is understood or what is said and what is done. Irony is used by most artists to create a comic or emphatic effect. In literature, irony can be classified into several categories such as dramatic irony, situational irony, cosmic irony, Socratic irony. Given below are the names and meanings of some of these categories.

Situational Irony: A situation where the expected result does not happen.

Example: A police station gets robbed.

In Romeo Juliet, Juliet drinks the sleeping draught and falls into sleep, hoping to be reunited with Romeo. But this results in both their deaths.

Cosmic Irony: A misfortune that is the result of the fate

Example: Sinking of Titanic, which was believed to be indestructible.

Dramatic Irony: In a drama, the audience knows something that the characters do not know.

Example: In Macbeth, King Duncan thinks Macbeth is his loyal subject, but the audience knows that he is plotting to kill the king.

In Romeo and Juliet, the audience knows that Juliet is only sleeping, but Romeo doesn’t. 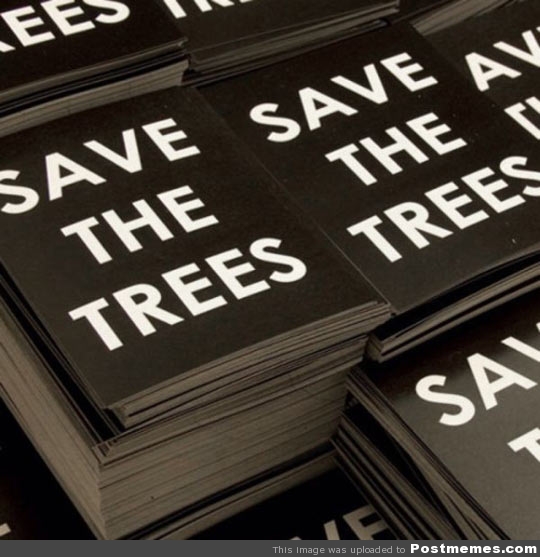 Satire is a literary genre that uses to humor, wit, irony and exaggeration to expose and criticize the weaknesses and follies of the society and its individuals. The main aim of satire is to expose the vices and limitations of the society. Satire can be observed in novels, short stories, plays, films, etc. Satire can be considered a form of constructive criticism as it tries to draw audience attention towards the failings of the society in order to instigate positive change. Satire often uses humor as the main tool to bring about this change, but this does not mean that humor is a necessary feature of satire. Some examples of famous satirical literature include, 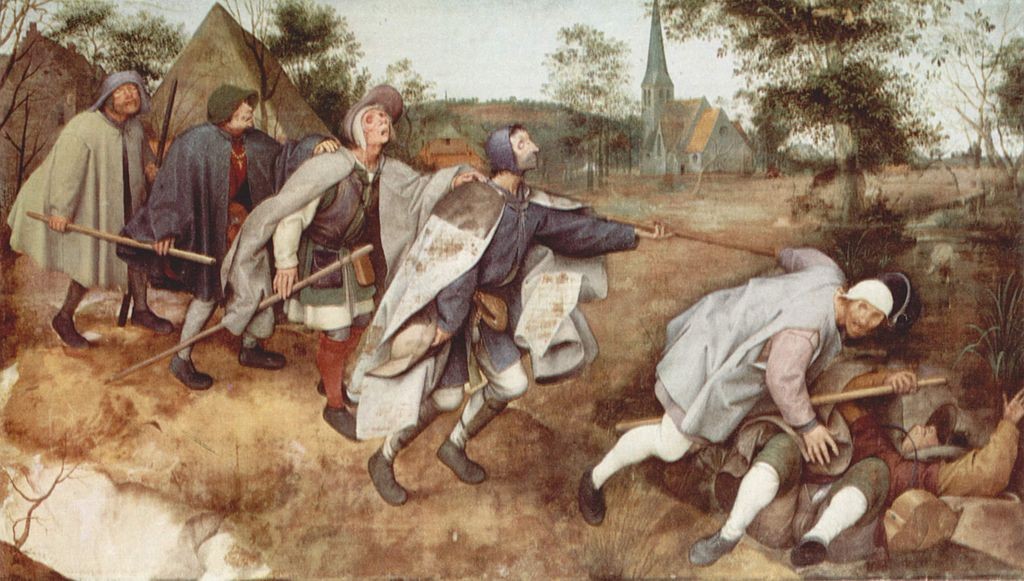 Difference Between Satire and Irony

Satire is a literary genre

Irony is a literary device.

Irony can be seen in satirical literature.

Satire exposes a vice or weakness in the society.

Irony is used for comic or emphatic effect.

Irony is limited to written and spoken forms.

Satire can be noted in a variety of literary forms including illustrations.

Irony can be classified into subcategories such as dramatic, situational and cosmic irony. 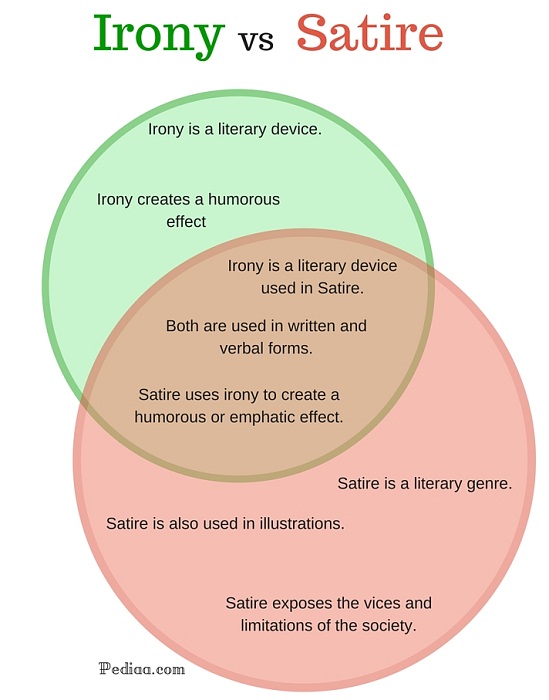