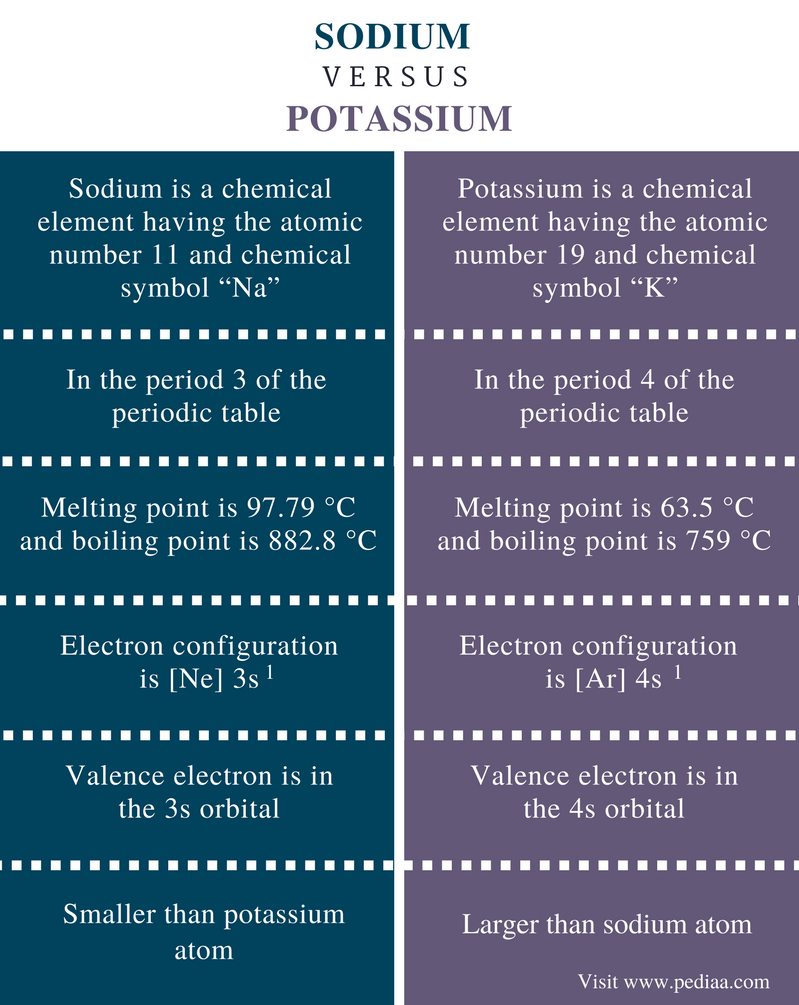 Sodium is a chemical element having the atomic number 11 and chemical symbol “Na”. The atomic weight of sodium is about 22.98 amu. Sodium is a metal. Its melting point is 97.79 °C and boiling point is 882.8 °C. At room temperature and pressure, sodium is in the solid phase. Although it has a metallic shiny appearance, it is a soft metal which can be easily cut using a knife. Sodium is in the group 1 of the periodic table. Therefore, it is an s block element. The group 1 elements are known as alkali metals as they can form basic (alkaline) compounds. 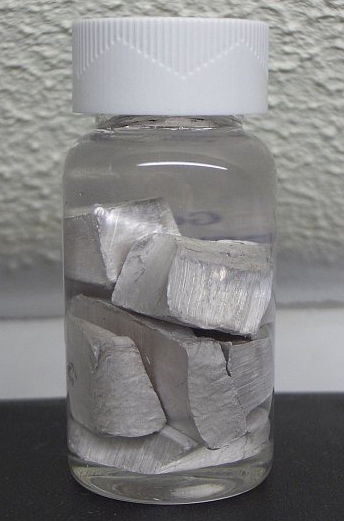 Figure 1: Chunks of Sodium in a Vial

Sodium is highly reactive. It readily reacts with oxygen and water. Hence, the metallic form of sodium has fewer applications. It cannot be used as a construction material because it is too soft and highly reactive. When burnt, sodium gives a yellow-orange flame. When a tiny piece of sodium is added to water, it shows a highly explosive reaction.

Sodium forms a number of compounds that are very useful in laboratories as well as in industries. The salts of sodium are alkaline. Some important examples include table salt (NaCl), soda ash (Na2CO3), caustic soda (NaOH), and borax (Na2B4O7·10H2O).

Potassium is an element that is absolutely necessary for both plants and animals. Sir Humphry Davy isolated potassium element by electrolysis of molten potassium hydroxide (KOH). Potassium metal is soft and silvery white in color. It has a very low melting point. Since it is a metal, it is a good electrical conductor. Potassium is the seventh most abundant element on earth. Most commercially available compounds are obtained from electrolysis of certain compounds such as carnallite since elemental potassium is present in water-insoluble sediments and rocks, which makes it is difficult to be extracted. 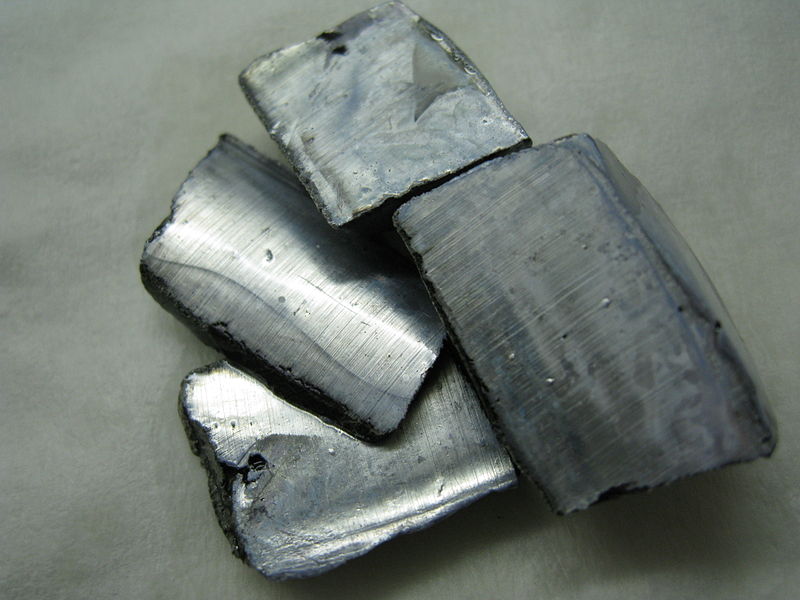 Potassium makes monovalent ion K+1 by removing the electron located in its outermost shell. Hence, it is more likely to have ionic bonds with non-metals or anionic compounds through electrostatic attractions. Potassium can be found in seawater or other salty water sources as the solubilized K+1 ion.

All plants and animals need Potassium as K+1. Plants mainly need it for photosynthesis; it also the primary inorganic cation in the living cell. However, excessive amounts of potassium can be toxic.

Potassium naturally exists as three isotopes. The most abundant isotope is potassium-39, which has equal amounts of protons and neutrons in its atom. The other two isotopes are potassium-41 and potassium-40, which are radioactive.

Similarities Between Sodium and Potassium

Difference Between Sodium and Potassium

Sodium: Sodium is a chemical element having the atomic number 11 and chemical symbol “Na”.

Potassium: Potassium is a chemical element having the atomic number 19 and chemical symbol “K”.

Sodium: Sodium is in the period 3 of the periodic table.

Potassium: Potassium is in the period 4 of the periodic table.

Potassium: The electron configuration of potassium is [Ar] 4s1.

Sodium: The valence electron of sodium is in the 3s orbital.

Potassium: The valence electron of potassium is in the 4s orbital.