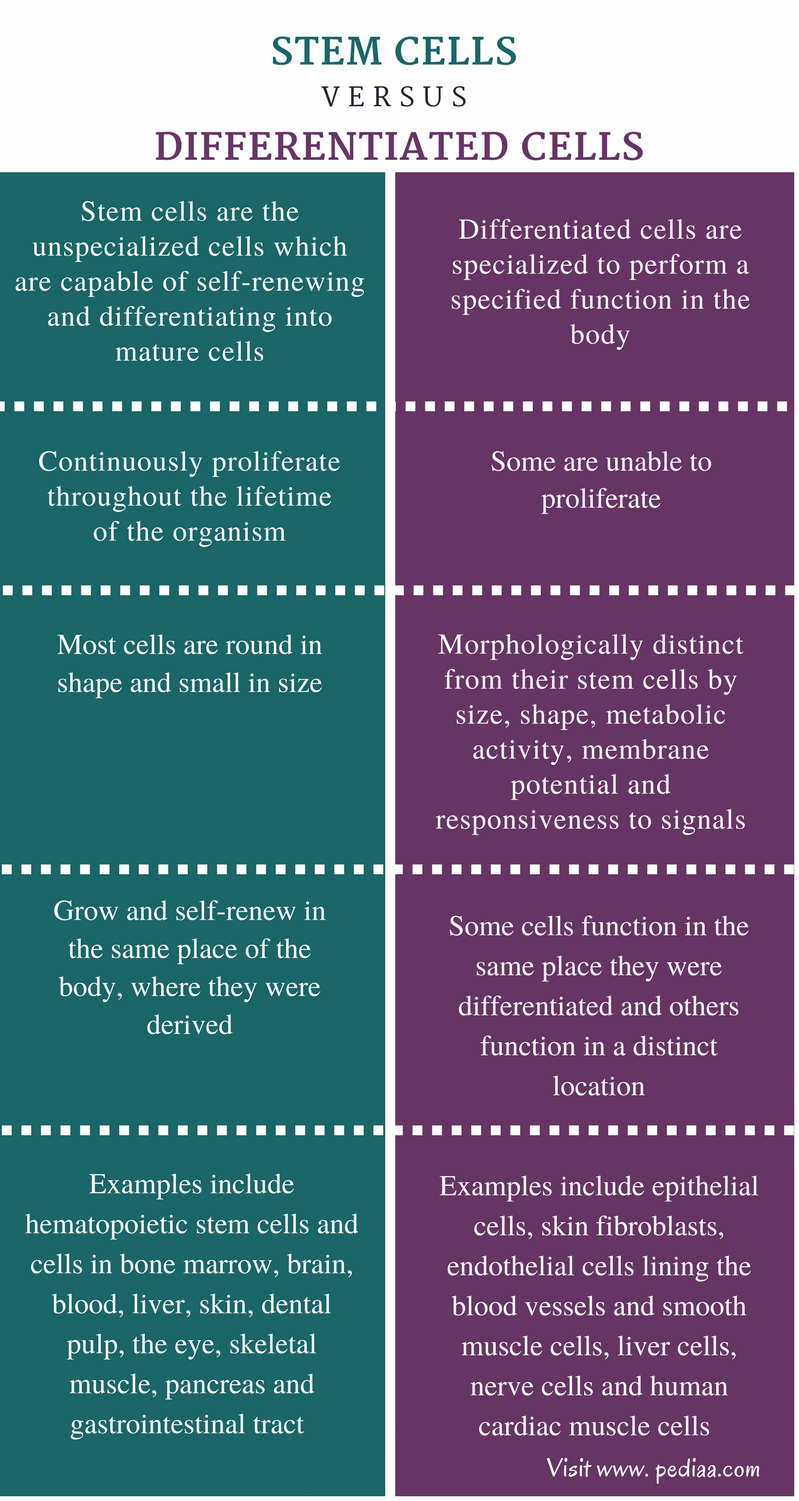 What are Stem Cells

Three types of stem cells can be identified during various development stages of organisms: embryonic stem cells, fetal stem cells, and adult stem cells. Stem cells, which are derived in the early stages of the embryo are referred to as embryonic stem cells (ESCs). The inner cell mass is composed of multipotent stem cells, which give rise to three germ layers: ectoderm, mesoderm, and endoderm. In the laboratory, this multipotent stem cells can be removed from the blastocyte in order to maintain their unspecialized stages as cell culture lines. These cell lines are used in medical therapies. The primitive cell types of the fetus are referred to as fetal stem cells, which are eventually developed into various unmatured organs like neural tube, heart, gut, liver, hormone-secreting glands, bones, face, skull and connective tissues. Hematopoietic stem cells are found in both fetal liver and blood as well as the placenta and umbilical cord. They give rise to multiple types of blood cells. Embryonic stem cells are shown in figure 1. 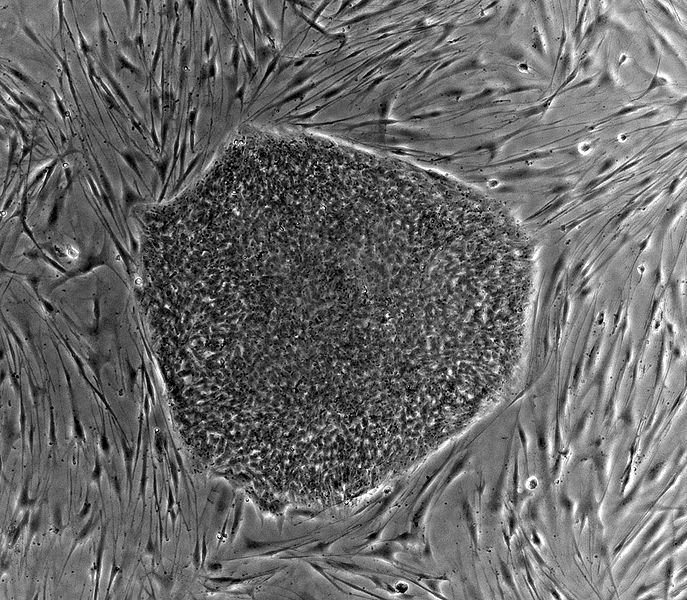 Undifferentiated cells, which can be found in differentiated tissues like bone marrow and brain in adults are referred to as adult stem cells. Adult stem cells self-renew throughout the lifespan of the adult by making identical copies of them. They are also capable of differentiating into specialized cells in the tissue. Other than bone marrow and brain, blood, liver, skin, dental pulp, eye, skeletal muscle, pancreas and gastrointestinal tract are the other sources of adult stem cells found in the body. Some adult cells are multipotent. Hemopoiesis, which is the process of differentiation of blood cells from the hematopoietic stem, cells is shown in figure 2. 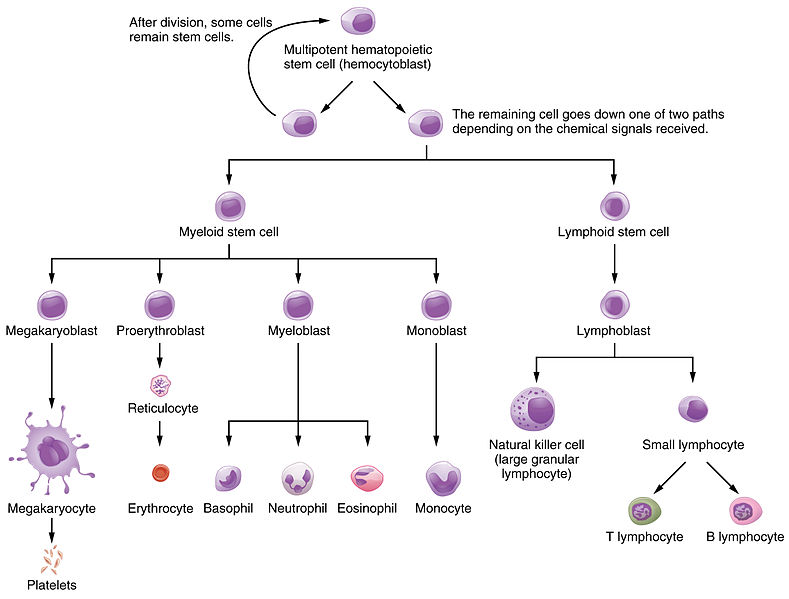 What are Differentiated Cells

Differentiated cells are specialized cells in order to perform a specified function in the body. These cells are morphologically distinct from their stem cells by size, shape and functionally distinct from metabolic activity, membrane potential, and responsiveness to signals. The mechanism of differentiation of stem cells is governed by the regulated gene expression. Each type of differentiated cells is defined by a particular array of transcription factors. During the early development of the embryo, the morula stage is developed into the blastocyte after 5-6 days to the fertilization. The blastocyte is separated of trophoblast, which is the outer cell layer and inner cell mass. The inner cell mass is composed of multipotent stem cells, which give rise to three germ layers: ectoderm, mesoderm, and endoderm. This process is called gastrulation. The differentiation of inner cell mass into three germ layers is considered as the first stage of differentiation. The three germ layers then differentiate into unmatured organs during the embryonic period. 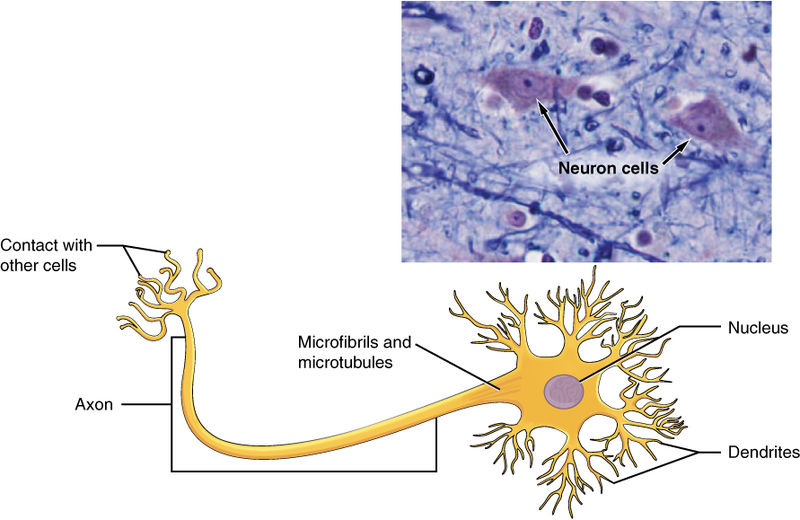 Stem Cells: Stem cells are the unspecialized cells which are capable of self-renewing and differentiating into mature cells.

Stem Cells: Stem cells continuously proliferate throughout the lifetime of the organism.

Differentiated Cells: Some differentiated cells are capable of proliferating in a high rate, some are at a low rate and others are unable to proliferate.

Stem Cells: Most stem cells are round in shape and small in size.

Stem Cells: Stem cells grow and self-renew in the same place of the body, where they were derived.