UPGMA (unweighted pair group method with arithmetic mean) and neighbor-joining (NJ) tree are the two types of algorithms, which build phylogenetic trees from a distance matrix. Generally, UPGMA is a simple, fast but, unreliable method while neighbor-joining tree method is a comparatively rapid method, giving better results when compared to the UPGMA method. 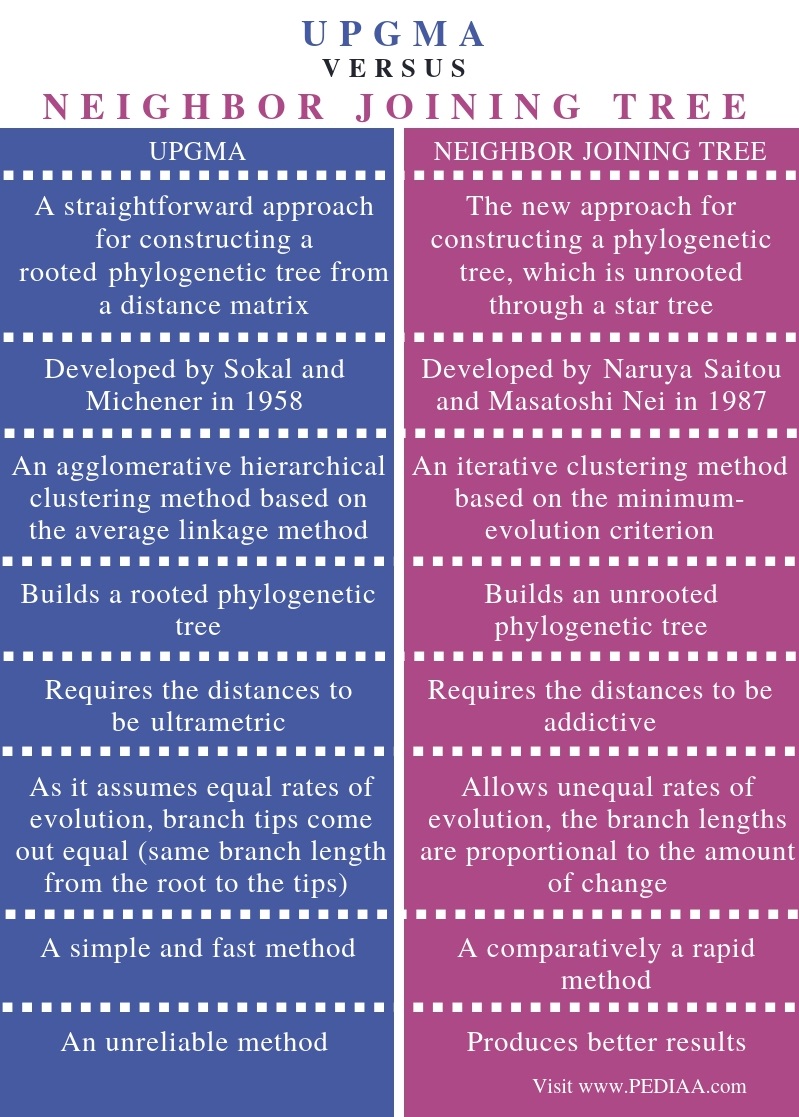 UPGMA (unweighted pair group method with arithmetic mean) is a simple, agglomerative, hierarchical clustering method attributed to Sokal and Michener. It is the simplest and fastest method for building a rooted and ultrametric phylogenetic tree. However, the major drawback of the method is its assumption of the same evolutionary rate on all lineages. This means the rate of mutations in these lineages is constant over time. This is also called the ‘molecular clock hypothesis’. In addition, it produces all the branches in the tree with similar distances. However, as it is difficult to have the same mutation rate for all lineages, in reality, the UPGMA method more often generates unreliable tree topologies. 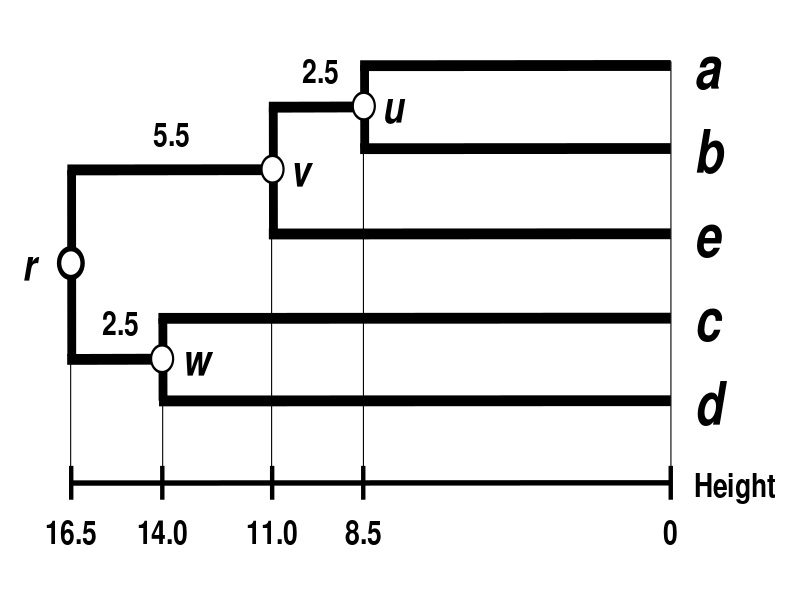 Furthermore, the UPGMA method starts with a matrix of pairwise distances. Initially, it assumes that each species is a cluster on its own. Then, it joins the closest two clusters with the smallest distance value in the distance matrix. Moreover, it recalculates the distance of the joint pair by taking the average. Then, the algorithm repeats the process until all species are connected in a single cluster.

What is Neighbor Joining Tree

Neighbor-joining (NJ) tree method is the latest agglomerative clustering method used for building phylogenetic trees. It was developed by Naruya Saitou and Masatoshi Nei in 1987. However, it builds an unrooted phylogenetic tree. Moreover, it does not require ultrametric distances and uses the star decomposition method. Furthermore, the neighbor-joining tree algorithm adjusts for the variation of the evolutionary rates of lineages. Therefore, it begins with an unresolved star-like tree. 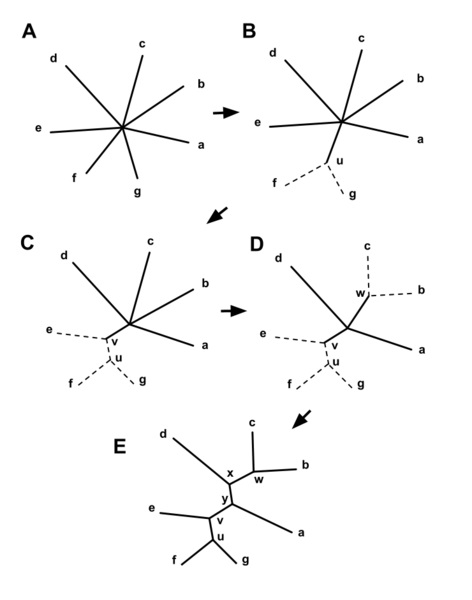 Moreover, in the neighbor-joining tree method, the matrix Q is calculated based on the current distances. Then, it selects the pair of lineages with the lowest distance to join to a newly created node. However, this node is in a connection with the central node. After that, the algorithm calculates the distance from each lineage to the new node. Then it calculates the distance from each linage to the new node from the outside. Finally, it replaces the joined neighbors with the new node based on the calculated distances.

Nature of Branches of the Phylogenetic Tree

UPGMA is a simple and fast method while  neighbor-joining tree is a comparatively a rapid method.

Furthermore, UPGMA is an unreliable method while the neighbor-joining tree produces better results.