What is cost of goods sold

It is the total of all the costs involved in manufacturing a product or service that has been sold. These costs include the purchase value of certain products, processing or conversion cost and all the other costs that are associated in bringing all the inventories into its present location. In an organizational perspective, cost of goods manufactured consists of raw material cost, labour cost, and overhead costs. Inventory cost is also needed to be added for the unsold goods still at the warehouse.

According to the periodic review system, the cost of goods sold can be calculated as follows:

This calculation is done based on the assumption of that all the goods would be sold. However, in reality, there were some instances where the products need to be removed as they were obsolete or expired, scrapped and were stolen from the warehouse. So , the calculation needs to be included with additional costs incurred due to these damages which are related to the current period.

In the perpetual inventory system, the cost of goods sold is calculated over a time the goods are being sold to the customers. In this method, a number of transactions such as sales, scrap and obsolescence are being recorded.

CGS in the financial statements

Cost of goods sold is presented in the Income Statement. CGS figure is used to calculate the gross profit or gross income and finally the net profit or net income of the organization within a specific period. If the CGS exceeds the revenue within a certain period, then the company would not be able to generate profits within the period. The primary objective of most of the organizations is to generate profits compared to its expenses.

Following is an extract of an Income Statement. 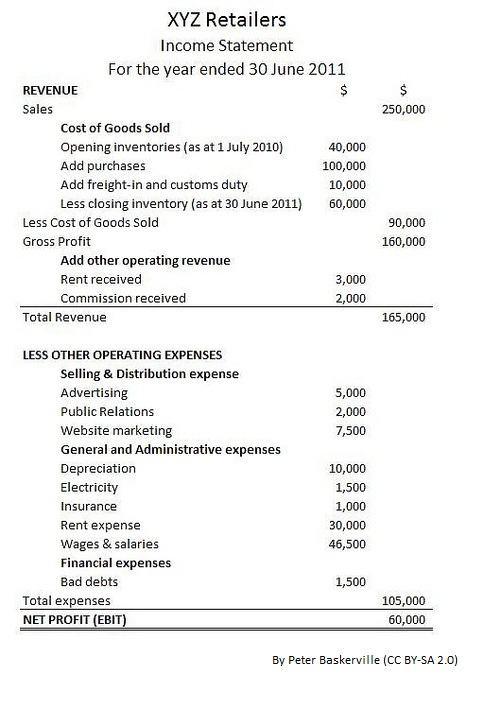