There are several similarities between SOCS and Greasers. Some of the major similarities they share include age, social pressure, problematic parents, and angst of growing up.

SOCS and Greasers are the two rival groups in the young adult novel, The Outsiders written by Susan Eloise Hinton. The SOCS is a group of rich teenagers belonging to the West side of the town while the Greasers are the poorer teens belonging to the east side of the town. Although they belong to two social classes and are different in many aspects, they also share some similarities. 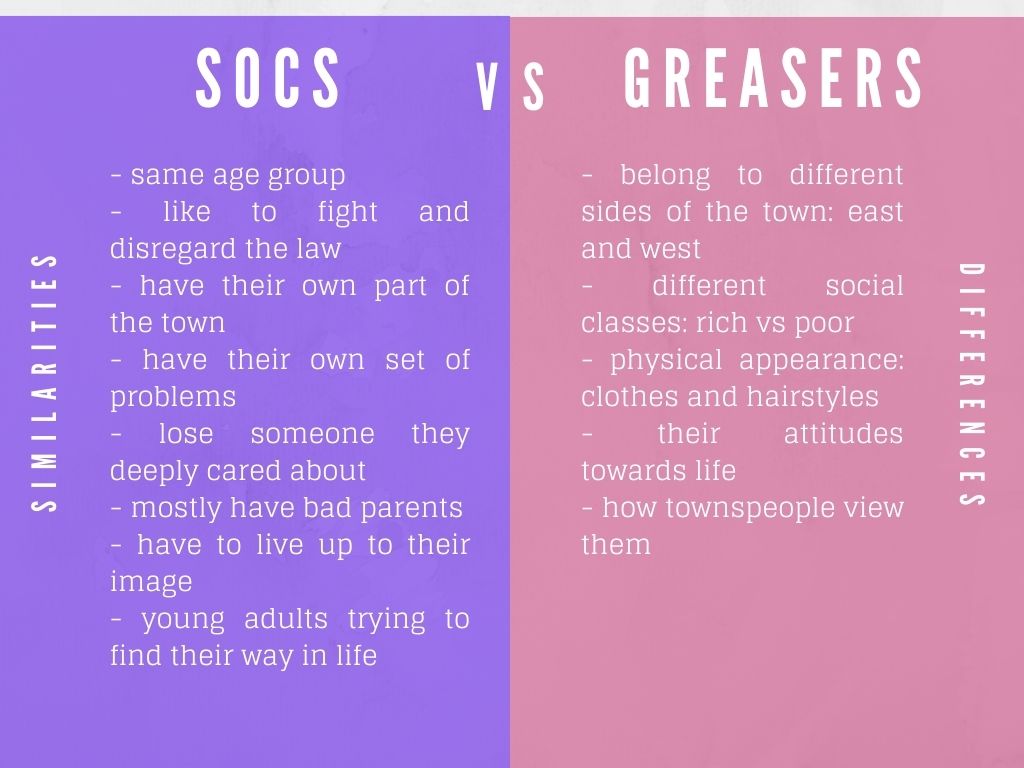 The Greasers are a gang of lower-middle-class teens in Tulsa, Oklahoma. They live in the poor East Side of the town. Ponyboy Curtis, Darry Curtis, Sodapop Curtis, Dally Winston, Two-Bit Mathews, Steve Randle, and Johnny Cade are the members of the Greasers. Moreover, they are the main characters of the novel. Ponyboy Curtis is the narrator and the protagonist.

The following two quotes from the novel describe the physical appearance of Greasers.

“‘We wear our hair long and dress in blue jeans and T-shirts, or leave our shirttails out and wear leather jackets and tennis shoes or boots.”

“Our hair labeled us greasers, too–it was our trademark. The one thing we were proud of. Maybe we couldn’t have Corvairs and madras shirts, but we could have hair.”

Although Greasers wear their hair differently from one another, they can be picked out in a crowd since their hairstyles go against the conventions at their time. Moreover, the Greasers “steal things, and drive souped up cars and hold up gas stations and have a gang fight once in a while”.

SOCS is the rival gang of Greasers. The name SOCS is an abbreviation for the Socials. They are a gang of rich teenagers who live on the west side of the town. The narrator describes that they have “money, cars, and futures”. Cheery Valance, Bob Sheldon, Randy Adderson, Marcia, Paul Holden, and David are the members of SOCS. The narrator describes that SOCS  ”jump Greasers and wreck houses and throw beer blasts for kicks, and get editorials in the paper for being a public disgrace one day and an asset to society the next.” 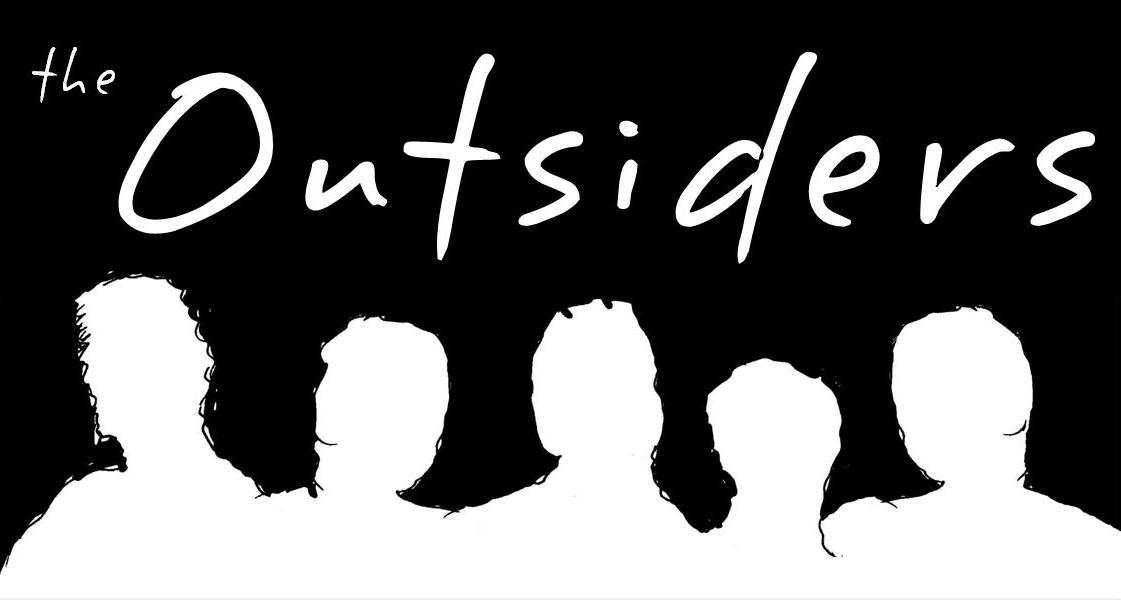 At a first glance, the Socs seem to be sophisticated and privileged. They wear nice clothes, drive rich cars, have a lot of money and get good grades. But if we take a closer look at them, they too have their own problems. They put up a wall and hide who they really are as this is how they are taught to behave from an early age. They do not trust each other and say fake things so that they have something talk about. Since they already have everything, they do not know what to do with themselves. Moreover, they are always looking for something to satisfy them.

Similarities Between SOCS and Greasers

The SOCS is a group of rich teenagers belonging to the Westside of the town while the Greasers are the poorer teens living in the Eastside. Although they belong to two social classes and are different in many aspects, they also share some similarities. Some of the major similarities between SOCS and Greasers include age, social pressure, problematic parents, and angst of growing up. Basically, all of them are young adults trying to find their way in life.