Home » Language » What are Dynamic Characters

If you have a clear idea about how characters are presented in a story, then you will know the answer for the question ‘what are dynamic characters.’ If not, that means you have yet to cover another important area in studying a text. If you take a story, it is the characters in that story that make the story a story. A story takes place when some incident happens and then it is followed by another incident. An incident occurs because some action happens. Someone has to do the action. The person who is doing the action and end up creating incidents in a story is known as a character.

Now, that we have established who a dynamic character is, let us see some examples to make the point clearer to you.

Elizabeth Bennet is the protagonist of Pride and Prejudice by Jane Austen. Elizabeth is the second daughter of a family of five daughters. Due to their financial status, the only way they are going to keep their status is by marrying a man with good status. So, Elizabeth’s mother, Mrs. Bennet, pours all her energy in securing good marriage opportunities to her daughters. Elizabeth is caught up in all this. She is more intelligent than her sisters as she has a different way of looking at life. However, she lets her first impressions of Mr. Wickham fool her to believe he is a good man and believe Mr. Darcy is a bad man. Later on, when faced with her young sister Lydia’s elopement with Wickham and various other conflicts that she has to face, she comes to her senses and grows as a character. She accepts her flaws and becomes a less judgmental character. So, the Elizabeth we find in the beginning and the Elizabeth we find at the end are two different people as the latter has grown internally due to conflicts. 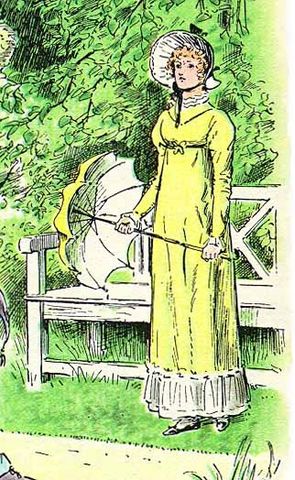 In the Harry Potter book series, Harry is of course a dynamic character. However, another very important dynamic character that stands out of the rest is Neville Longbottom. As a first year student at Hogwarts, Neville is introduced as a little boy who grows up with his grandmother. He is very afraid. He is not at all adventurous as his fear of breaking rules prevents him from actually trying anything new. Then, from the end of the first novel, Neville starts to change. With friends like Harry, Hermione, Ron, and Ginny, he starts to fight his fears. In the last book, Harry Potter and the Deathly Hallows, he even directly helps Harry by slaying the snake Nagini in front of Voldemort. His need for justice and his kind heart lets him change from a scared little boy to a teenager who is ready to fight with fear, to protect what is right and good.

What are Static Characters

What is the Point of View of a Story