Sri Lanka is an island locates in the Indian Ocean and is also known as the Pearl of the Indian Ocean. The island is home to people belonging to various ethnic groups such as Sinhalese, Tamils, Muslims, and Burghers. Of the numerous attraction sites in Sri Lanka, beaches are one of the most famous tourist attraction sites that the country has to offer. Surfing, scuba diving, snorkeling, seaside resorts and nightlife, turtle watching, water sports are some of the activities in which people can engage in. As Sri Lanka is an island, there are quite a number of beaches that have attracted tourists the world over. They are Unawatuna, Bentota, Ahangama, Hikkaduwa, Beruwala, Nilaveli, Kosgoda, Tangalle, Ambalangoda, Negombo, Waikkal, Trincomalee, Batticaloa, Kalutara, Potuwil, Koggala and Pigeon Island. Of these beaches, let us take a closer look at some of the best beaches in Sri Lanka.

Of all the beaches in Sri Lanka, Unawatuna is considered as the best and most beautiful beach of the island with its golden sand and picturesque view. It is a famous beach for Scuba diving and surfing as well. Since the tourist activity is very high in the region, a large number of seaside resorts can also be located. The seafood that the individual has the opportunity to taste is believed to be exquisite. Also, as Unawatuna is only around one and a half hours away from Colombo, it can easily be accessed. 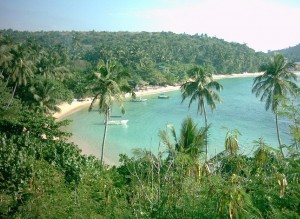 Bentota Beach is another famous beach especially for windsurfing and water skiing. This is located in the Southern region of the country and offers the service of many seaside resorts. In some of these resorts Sri Lankan Ayurvedic healing can also be seen. Bentota is only sixty-four kilometers from Colombo. The Bentota Beach stretches across for several kilometers under the canopy of palm trees. 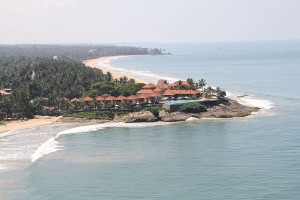 Hikkaduwa beach is an enchantingly beautiful beach where a large number of beach resorts can be identified. Especially the nightlife of Hikkaduwa is very popular among tourists. It is internationally known for surfing and also consists of a Coral sanctuary as well where around seventy different types of corals can be seen. 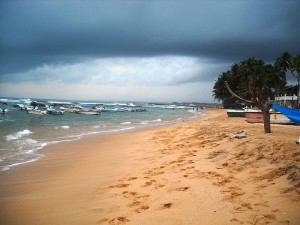 Pasikuda located in the Batticaloa district in Sri Lanka is also a popular tourist destination mainly because of the beauty of the Pasikuda beach. Since it consists of a long stretch of shallow coastline those who visit the beach can walk many miles into the sea. There are many resorts providing classy accommodation for tourists both local and foreign that the tourism industry in the vicinity is developing rapidly. 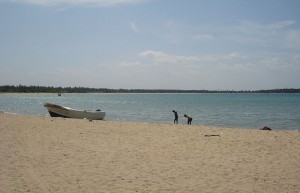 Tangalle beach located in Hambantota district is a beautiful sea bay. The long stretch of the coastal line with its golden sand and the coral reef are famous among tourists. In Tangalle, the turtle conservation project also takes place in the city through which the nesting sites of the Green turtles, Oliver Ridley turtles, Loggerhead turtles and Hawksbill turtles are conserved under the turtle watch program. 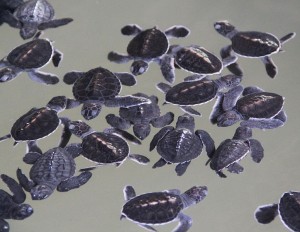 1. Unawatuna Bay Beach By jthediver (Own work (Own Photo)) [GFDL or CC-BY-SA-3.0], via Wikimedia Commons

3. “Hikkaduwa Beach” by Shehanw – Own work. Licensed under CC BY-SA 4.0 via Commons

4. Pasikuda By Astronomyinertia (Own work) [CC BY-SA 3.0 or GFDL], via Wikimedia Commons