Sri Lanka also known as the Pearl of the Indian Ocean is one of the most beautiful islands of the Orient. With its magnificent history, rich culture, and natural beauty Sri Lanka attracts many tourists both local and international annually. Since different regions of the country consists of different climatic conditions and is home to a variety of endemic flora and fauna there is a lot to enjoy and be marveled by in the country. Also, the cultural heritage of various ethnic groups in Sri Lanka makes it a truly unique experience. Here are some of the top places to visit in Sri Lanka.

Places to Visit in Sri Lanka

Temple of the Tooth

One of the most famous places to visit is the Temple of the Tooth located in Kandy, the second largest city in Sri Lanka is considered as the most sacred place for Buddhists. This is also referred to as the ‘Sri Dalada Maligawa’. The specialty of the Temple of the Tooth is that the tooth relic of Lord Buddha is placed in the temple. Since the past, the Temple of the Tooth has always played a significant role for two particular reasons. Firstly the majority of the people in Sri Lanka are Buddhists. Secondly it was believed in the past that he who possessed the relic had the power over the country. In addition to this every year the Kandy procession takes place in which the relic is carried throughout the city. This is a very colorful as well as a traditional custom in Sri Lanka which is held in order to bless the country. 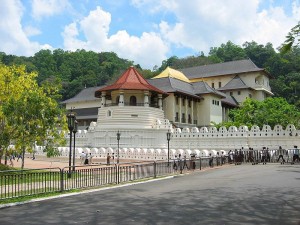 Sigiriya, a rock fortress during the ancient days of kings, is now considered a UNESCO world heritage site and is one of the must-see attraction spots in Sri Lanka. This is also known as the Lion Rock and conveys a story of a power struggle between two brothers. At the bottom of the rock, two gigantic lion paws made of stone can be observed. Other than these, there are also water gardens, ramparts, and moats as well. The Sigiriya frescoes are referred to as a unique feature of the rock and highlight the grandeur that was once apparent in the royal palace. As one climbs the rock, there is a beautiful view of the surrounding of lavish greenery. 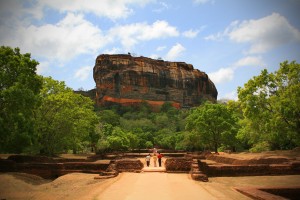 Sinharaja forest is the largest rainforest in Sri Lanka and has now been considered as a UNESCO world heritage site. This is also another amazing place to visit in Sri Lanka. Sinharaja spans across an area of around 18900 acres. This is located within Southern Province and Sabaragamuwa. On the North of the forest is the Koskulana river and Napola Dola, on the south is the Maha Dola and Gin River, on the west is the Kalukandawa ela and Kudawa river and on the east is the Beverly Tea Estate.

The significance of the rain forest lies in the flora and fauna of which around 50% are endemic to the country. There are elephants, leopards and various mammals, birds, reptiles, insects and amphibians. There are mainly three paths of entering the rain forest. They are the Morning side entrance, the Pitadeniya entrance or else the Kudawa entrance. The Sinharaja forest presents a unique experience to tourists as the last lowland rainforest of the island. 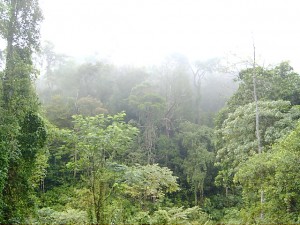 Adam’s Peak also known as the Butterfly Mountain or Sri Pada is a mountain that is considered as sacred by all people in Sri Lanka irrespective of religion. Buddhists believe that this holds the footprint of Lord Buddha. Hindus believes it is of God Shiva and Islamic people and Christians believe it to be Adam’s footprint. Scholars who study neocolonialism of Sri Lanka state that these beliefs are a result of colonial knowledge production of Sri Lanka. The mountain is surrounded by forestry that is home to a large number of animals.

Pilgrims start climbing the mountain at night so that they would reach the top by sunrise. The season is usually the month of April in which large groups of pilgrims belonging to many religions climb the mountain. 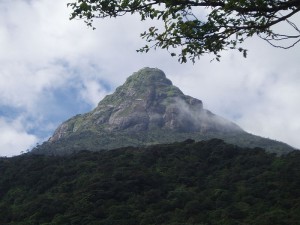 Yala National Park is another must visit site in Sri Lanka which emphasizes the richness of flora and fauna of Sri Lanka. This is situated in the Southeast area of the island. The Park is the most visited wild life reserve in the island and is only second to Sinharaja Forest Reserve. Some of the most popular wild animals of the Yala sanctuary are the Sri Lankan wild elephant and the Sri Lankan leopard, both rare but magnificent creatures that can be seen roaming the forest. Other than these local records highlight that around 44 different varieties of mammals, 47 varieties of reptiles and another 70 varieties of birds can be seen in the park. Also within the park two important pilgrim sites known as the Magul Vihara and Sithulpahuwa can also be seen. 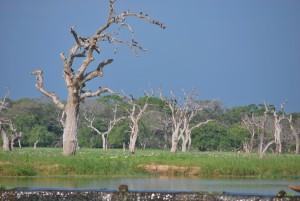 3. Morning Mist in Sinharaja By Chamal N (Own work) [CC BY-SA 3.0 or GFDL], via Wikimedia Commons

5. “Yala Wetland” by Federico from Venice, italy – yala national parkUploaded by chanakal. [CC BY 2.0] via Commons