Biochemical reactions in living cells are catalyzed by enzymes. The enzymes are synthesized in their inactive form which subsequently converts into the active form. The activity of an enzyme is determined by the amino acid sequence of the primary structure. Substrates bind to the active site of the enzyme in order to specifically accelerate a particular chemical reaction. The active site of an enzyme comprises a substrate binding site and a catalytic site. The specific chemical environment, which is developed by the amino acid residues in the active site, determines which substrates are capable of binding to the enzyme.

1. What are Enzymes and How Do They Work
2. What is the Active Site of an Enzyme
3. How Do an Enzyme and a Substrate Bind

What are Enzymes and How Do They Work

An enzyme is a protein molecule that can act as a biological catalyst. The molecules that enzymes act upon are called substrates. Different molecules that are created by the action of an enzyme upon a particular substrate are called products. Enzymes catalyze biochemical reactions by lowering its activation energy. The catalysis of reaction by an enzyme increases the rate of that particular reaction in the cell. Some enzymes are capable of catalyzing the same reaction. They are called isozymes. A unique set of about 3, 000 enzymes are genetically programmed to be synthesized, giving an individuality to a cell. Other than proteins, RNA molecules like ribozymes can act as enzymes as well. If one enzyme becomes defective, the effect would be disastrous.

Enzymes possess three characteristic features. The primary function of an enzyme is to increase the rate of a reaction. Second, one particular enzyme acts specifically on one particular substrate, producing a product. Thirdly, enzymes can be regulated from a low activity to high activity and vice versa. The binding of a substrate to an enzyme, creating the product by increasing the rate of the reaction and the release of the product are shown in figure 1.

Figure 1: The action of an enzyme

What is the Active Site of an Enzyme 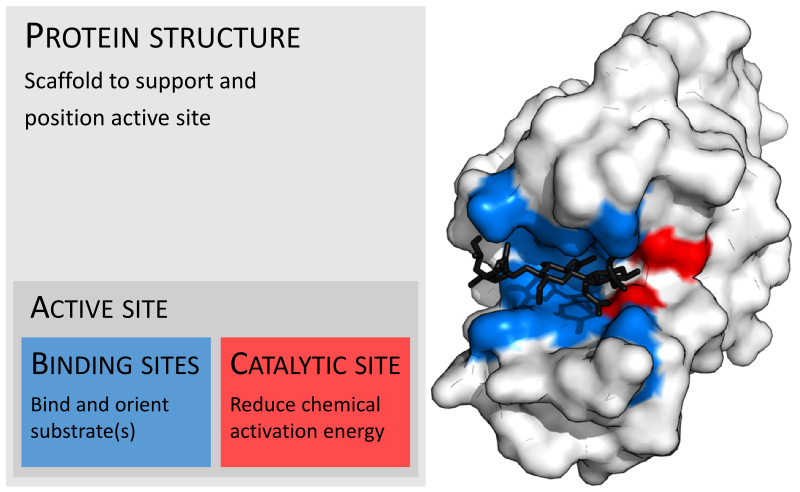 Figure 3: Active site of the enzyme

Distinct from the active site, enzymes contain pockets that bind to effector molecules, changing the conformation or dynamics of the enzyme. These pockets are known as allosteric sites that are involved in the allosteric regulation of the reaction rate of the enzyme.

How Do an Enzyme and a Substrate Bind 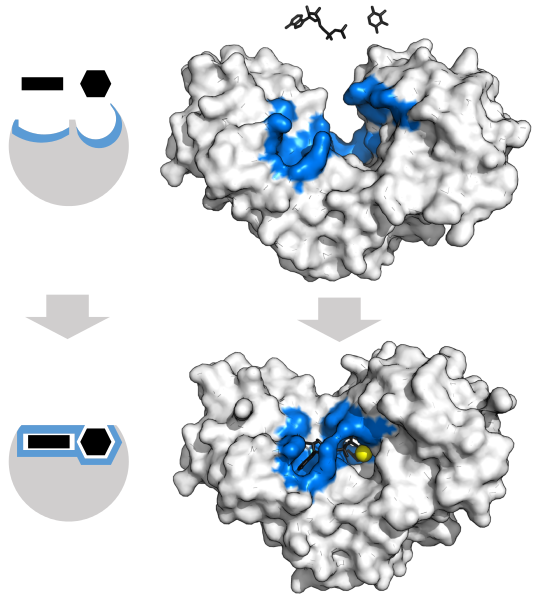