The main difference between algae and seaweed is that algae are a large, diverse group of photosynthetic eukaryotic plants, ranging from unicellular microalgae, such as Chlorella and diatoms, to macroalgae, such as the giant kelp and large brown algae. But, seaweed refers to the macroalgae that are macroscopic, multicellular, and marine. Furthermore, algae are prominent in water bodies, while seaweed mostly grows in shallow marine waters, under 100 m. Moreover, algae serve as primary producers in aquatic food chains, while seaweed provides essential nursery habitat for fisheries and other marine species.

Algae and seaweed are two groups of photosynthetic organisms that grow in aquatic habitats such as marine and freshwater habitats. Generally, they play a key role in ecosystems as primary producers. 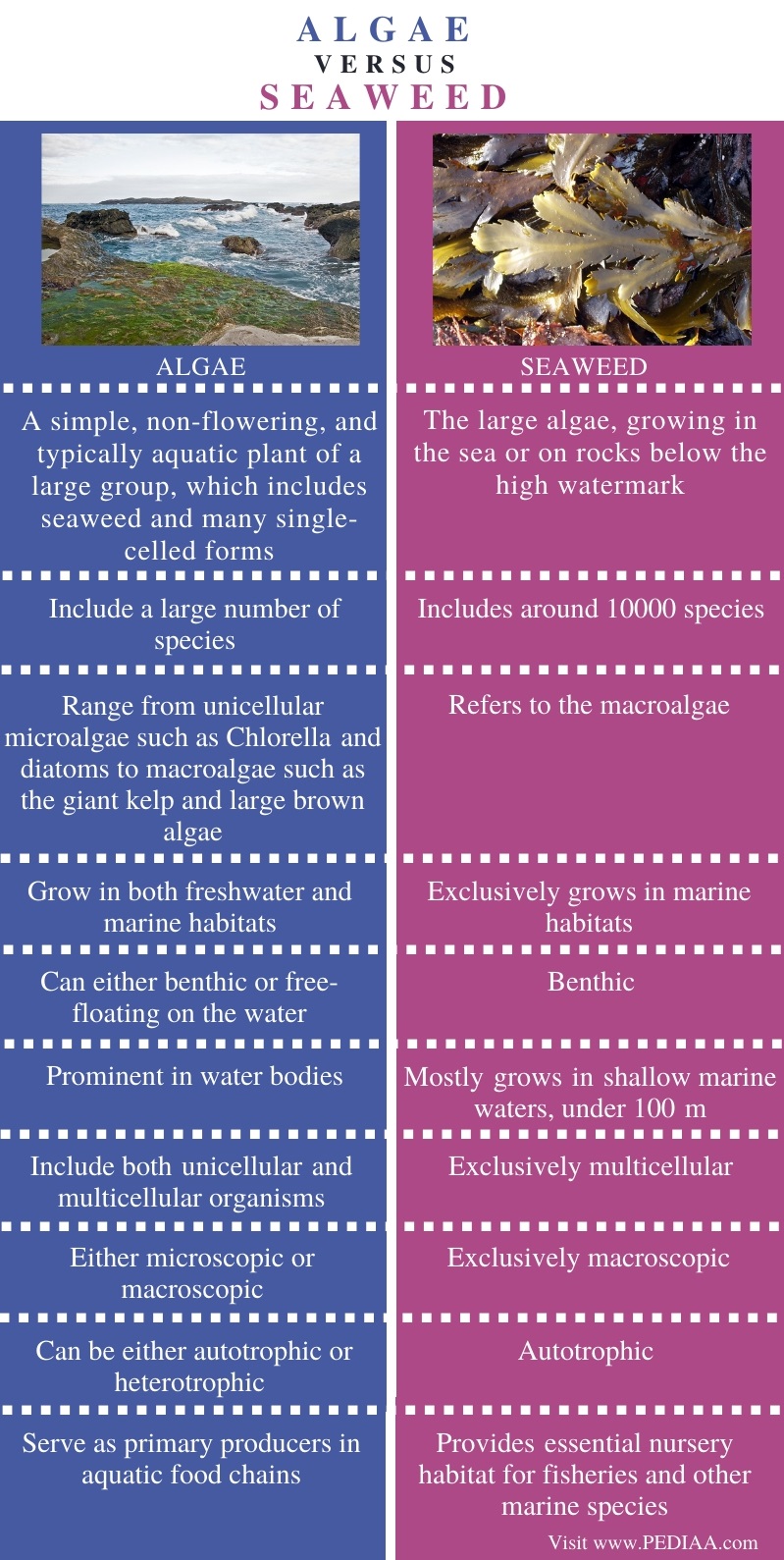 Algae are plant-like, unicellular or multicellular organisms with a thallic plant body. They belong to the kingdom Protista. Also, they only live in aquatic habitats; in both freshwater and marine water. Although most algae are autotrophs, some of them can be heterotrophs. Of these, autotrophic algae contain chlorophyll and undergo photosynthesis. Hence, photosynthetic algae serve as primary producers of most of the aquatic food chains. Besides, they also produce 70% of the atmospheric oxygen. 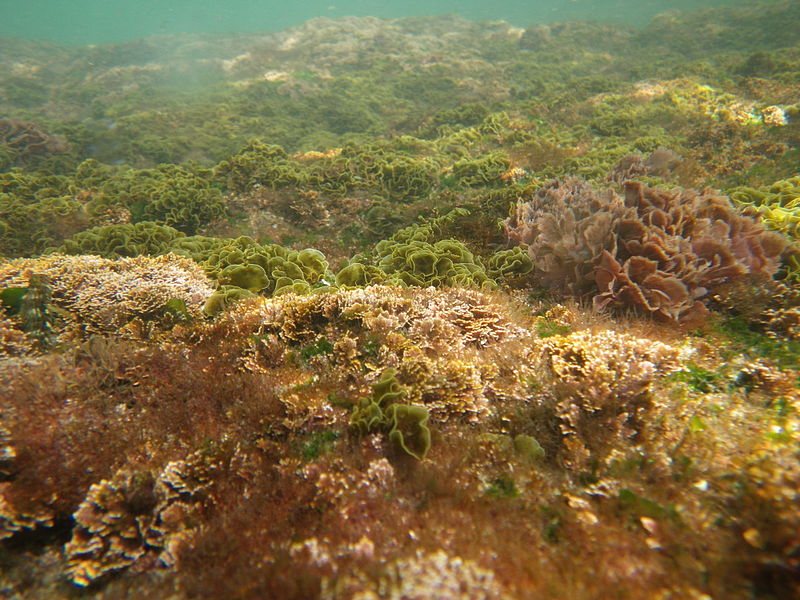 Figure 1: Algae on the Seabed

Seaweed is essentially macroalgae that exclusively grows in marine habitats. However, it has members in all three groups of algae; Rhodophyta (red), Phaeophyta (brown) and Chlorophyta (green) macroalgae. Of these, brown algae, also known as dusky plants, are the most common type of seaweeds. And, these have a brown or yellow-green in color. However, the appearance of the seaweed resembles non-arboreal, terrestrial plants.

Also, holdfasts are the root-like structures, which anchor the brown algae to the surface. Besides, the algal body is a thallus. Its flattened, leaf-like structures are called blades. And, stipe refers to the stem-like structure. Furthermore, the large brown algae are also known as kelp. There are around 30 kelp varieties. 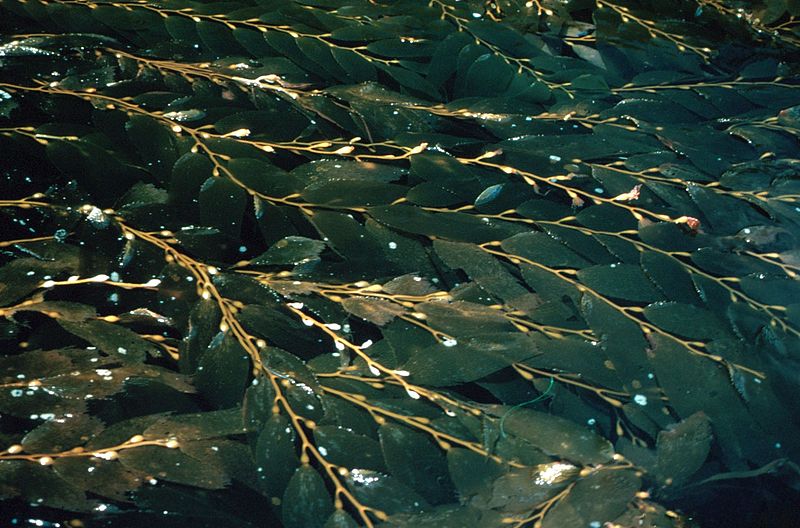 Similarities Between Algae and Seaweed

Difference Between Algae and Seaweed

Algae refer to a simple, non-flowering, and typically aquatic plant of a large group, which includes seaweed and many single-celled forms. Here, the seaweed refers to the large algae, growing in the sea or on rocks below the high watermark.

Algae include a large number of species, while seaweed includes around 10000 species.

Algae can either benthic or free-floating on the water, while seaweed is benthic.

Algae are prominent in water bodies, while seaweed mostly grows in shallow marine waters, under 100 m.

Algae are either microscopic or macroscopic, but seaweed is exclusively macroscopic.

Algae can be either autotrophic or heterotrophic, but seaweed is autotrophic.

Algae are a diverse group of aquatic organisms that are photosynthetic. They can be either unicellular microalgae or multicellular macroalgae. Among them, unicellular algae grow in both marine and freshwater habitats, and they are either benthic or free-floating. On the other hand, seaweed refers to the macroalgae, which are both multicellular and marine. Also, they are benthic and grow in shallow water. Additionally, while algae commonly serve as primary producers in aquatic food chains, seaweed especially provides essential nursery habitat for fisheries and other marine organisms. Therefore, the main difference between algae and seaweed is their size, habitat, and importance.