Potassium bromate is an oxidizing agent that is used as a flour improver to strengthen the dough and allow higher rising. International Agency for Research on Cancer has classified it as a 2B carcinogen, which means that it is possibly carcinogenic to humans. 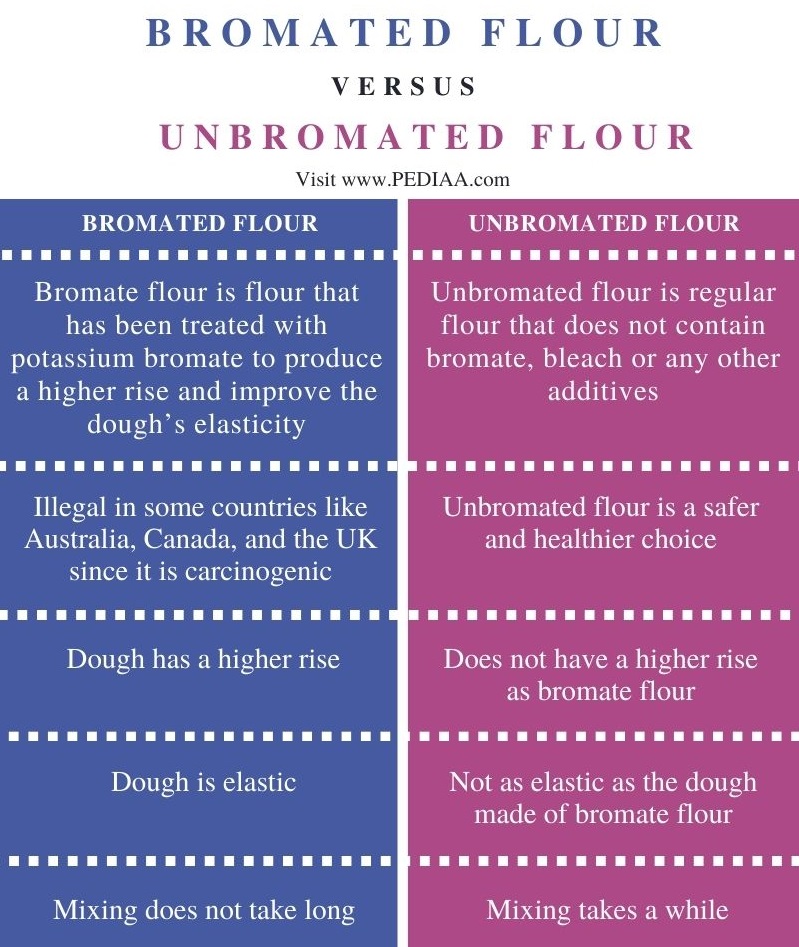 What is Bromated Flour

Bromated flour is a type of bleached flour. It has been treated with potassium bromate to produce a higher rise and improve the dough’s elasticity. However, International Agency for Research on Cancer (IARC) has declared bromate as a category 2B carcinogen. It can cause cancer in different organs like the kidney, GI, and thyroid of animals. Therefore, it is a cancer hazard for humans as well. However, many commercial bakers use bromate flour because it gives the dough more elasticity and gives it a better rise. Even some home bakers use bromate flour for the same reason. 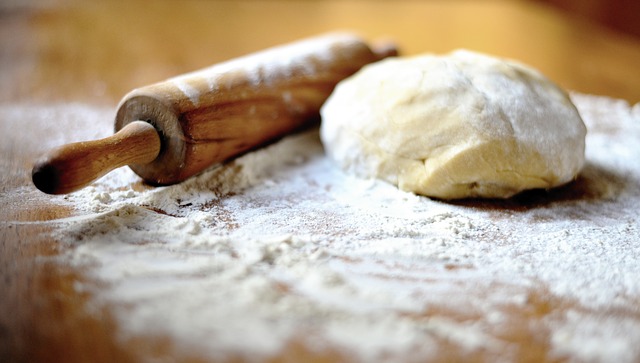 In several regions like Europe, Australia, Canada, and China, the use of potassium bromate is illegal. However, bromate flour is not illegal in the US. In fact, almost all types of all-purpose flour in the US supermarkets are bromate flour. In some US states, labelling is not required. But it’s always better to read the label of the flour and avoid bleached flour. The E number of potassium bromate is E924. You should also avoid products with white flour or enriched flour and go with rye bread, sprouted bread, and whole wheat bread.

What is Unbromated Flour

Since this flour does not have any oxidizer to quickly strengthen the dough, it takes a longer time for mixing. Somethings additional mixing can increase the final temperature of the dough. To avoid this, you can add water at a lower temperature at the beginning of mixing.

Difference Between Bromated and Unbromated Flour

Bromate flour is flour that has been treated with potassium bromate to produce a higher rise and improve the dough’s elasticity, while unbromated flour is regular flour that does not contain bromate, bleach or any other additives.

Bromate flour is illegal in some countries like Australia, Canada, and the UK since it is carcinogenic. Unbromated flour, on the other hand, is a safer and healthier choice.

Working with unbromated flour will take a longer duration than working with bromate flour.

In brief, bromate flour gives a higher rise and improves the dough’s elasticity. Therefore, many commercial bakers, as well as home bakers, use it. But potassium bromate has been classified as a possible carcinogenic substance. This is why unbromated flour is a much safer and healthier option than bromate flour.