Gelett Burgess is an American humorist author who introduced the concept of Bromides and Sulphites. In his essay “Bromides and Sulphites”, he divides people into two large groups based on their thoughts, attitudes and behaviours. Sulphites and Bromides are the names he used to introduce these two groups. Burgess also notes that there are hybrid characters in society – half-Bromides or half-Sulphites. 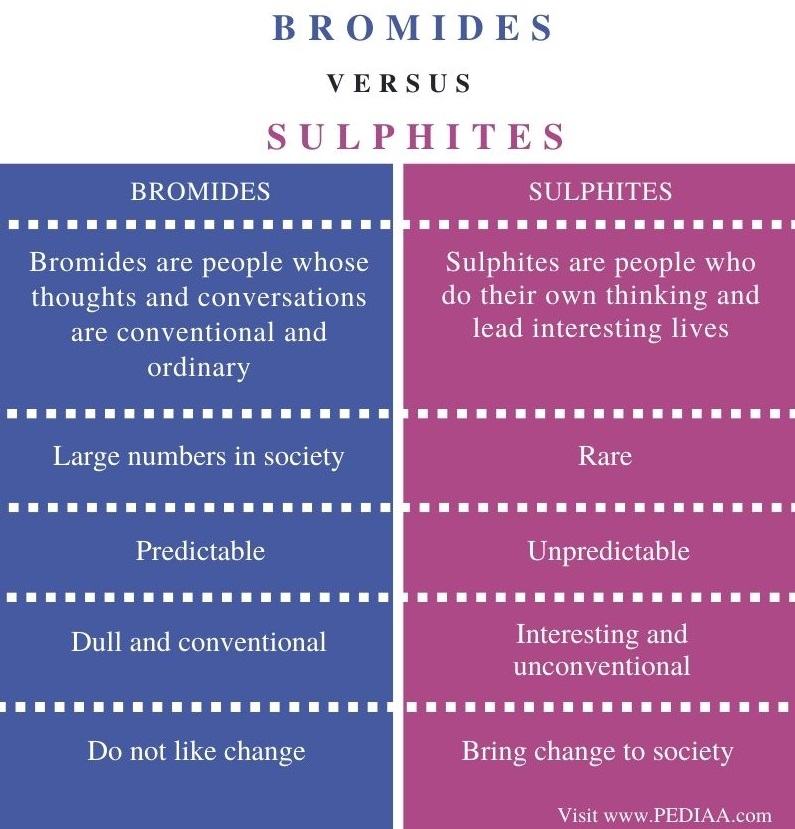 Burgess described bromides as people whose thoughts and conversations are conventional and ordinary. In other words, bromides are conservative and dull people. Bromides are the larger group of the two and contain common or average people who do everything in routine. They follow customs and traditions and follow a set pattern of life. They obey the law of the average. In fact, all Bromides think and act in a similar way.

According to Burgess, Bromides have no individuality and follow the common path followed by the majority. Burgess also stated that Bromides do not make good leaders as they are always led by the majority. Bromides are not very creative or innovative as they cannot think about fresh ideas. They also do not have an aesthetic sense to appreciate beauty or art. 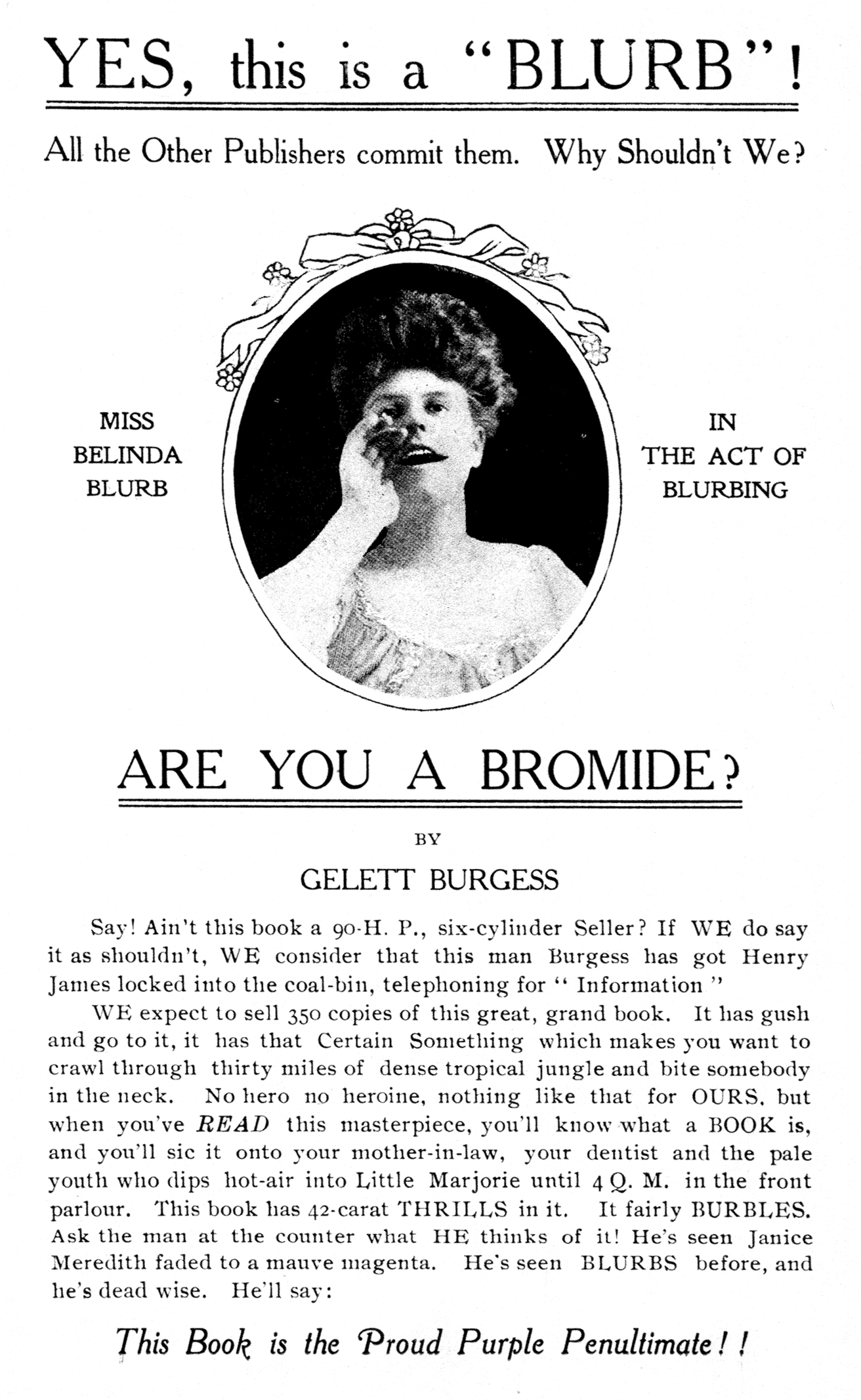 Burgess provided several examples for Bromide characters. The character of Polonius in Shakespeare’s play “Hamlet” and the character of Amelia Sedley in Thackeray’s “Vanity Fair” are Bromides. In fact, all average, predictable and conservative characters in literature are Bromides. They are what we call flat characters. Furthermore, Burgess also described real-life figures such as Marie Corelli and President Roosevelt as Bromides.

Sulphites are the complete opposites of Bromides. Burgess described a Sulphite as a person who does this own thinking. He also stated that “one can never foresee what he will do, except that it will be a direct and spontaneous manifestation of his own personality.”  Therefore, Sulphites do not speak or act like the majority; they do ordinary things in extraordinary ways or extraordinary things in ordinary ways. They have their own pattern of behaviour.

Sulphites are rare in society. Burgess uses Hamlet and Becky Sharp (in Thackeray’s novel, “Vanity Fair”) as examples of Sulphites. Such characters are adventurous and unpredictable. What we call round characters in literature are generally Sulphites. Burgess also described Bernard Shaw, Lewis Carol and President William McKinley as Sulphites. Generally, artists and reformers are Sulphites.

Difference Between Bromides and Sulphites

Most people in society are Bromides since Sulphites are rare.

While Bromides are predictable, Sulphites are very unpredictable.

Bromides are dull and conventional while Sulphites are interesting and unconventional.

Moreover, Bromides do not like change, but Sulphites bring change.