The main difference between C# and Java is that the C# programs run on the Common Language Runtime (CLR) and Java runs on Java Virtual Machine (JVM).

C# and Java are popular programming languages which have many similarities. Both support object-oriented programming, which helps to model real-world scenarios easily. Using C# and Java, a programmer can implement multithreading to improve the performance of an application. They also have automatic garbage collectors for efficient memory management. Furthermore, both languages are based on C language. Read the article further to discover more differences between C# and Java. 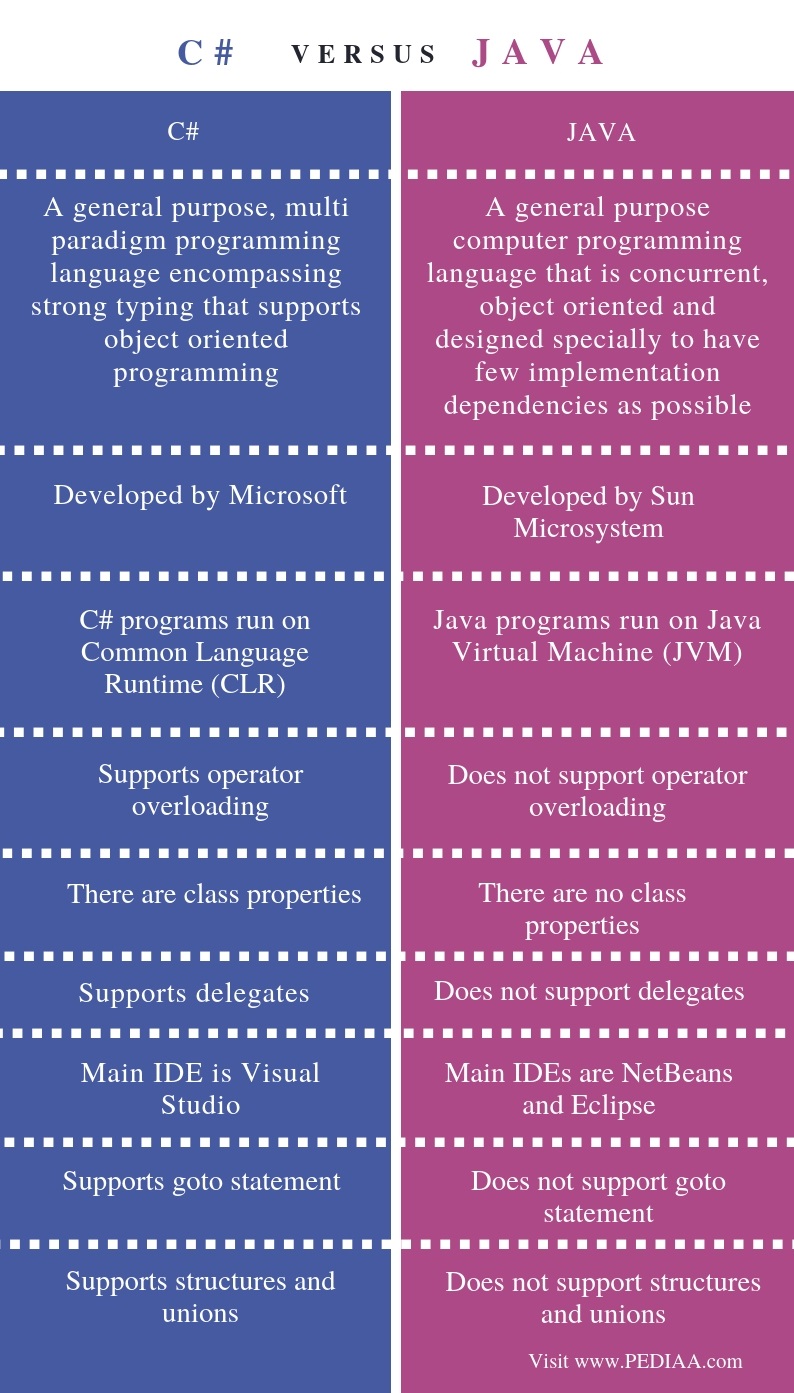 C# is a modern and general purpose programming language developed by Microsoft which belongs to the .NET framework. It helps in developing various applications including windows, web, distributed applications and web services. Moreover, the .NET framework consists of Common Language Runtime (CLR). It manages and executes the code written in any .NET programming language. Therefore, C# programs require CLR to execute them. 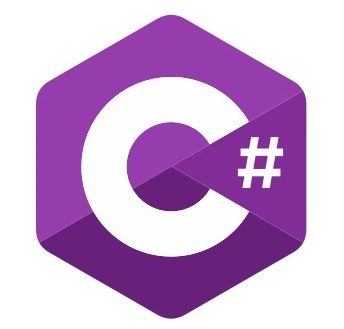 Overall, there are various programming concepts in C# language. It supports delegates, which are type safe method pointers. Indexer allows an object to be indexed like an array.  Besides, there are also LINQ properties and many other features.

Similar to C#, Java is also a high level, general purpose programming language. It is used to develop various applications such as web, mobile and high performance distributed systems. There are various versions available in Java. The standard edition helps to develop desktop applications while Enterprise Edition (Java EE) is used for web development and Java Mobile Edition (Java ME) is used for mobile development.

Furthermore, When the programmer writes a Java source code, it converts into an intermediate language called bytecode. And, this code runs on any machine with the Java Virtual Machine (JVM). Thus, it makes Java a platform independent language.

Similarities Between C# and Java

Difference Between C# and Java

Moreover, C# supports delegates, but Java does not support delegates.

In brief, Java and C# are two general purposes, high level programming languages. The main difference between C# and Java is that the C# programs run on the Common Language Runtime (CLR) and Java runs on Java Virtual Machine (JVM). Overall, a programmer can select any of these languages according to the application to develop.