Java is a programming language designed for use in a distributed environment. It is a popular programming language for various applications such as Android smartphones, and the Internet of Things (IoT). The concept behind Java is to “write once and read anywhere”. On the other hand, Python is a simple and an easy programming language, which is useful for building web applications, scientific and numerical computing, machine learning, image processing, data analytics and many more. 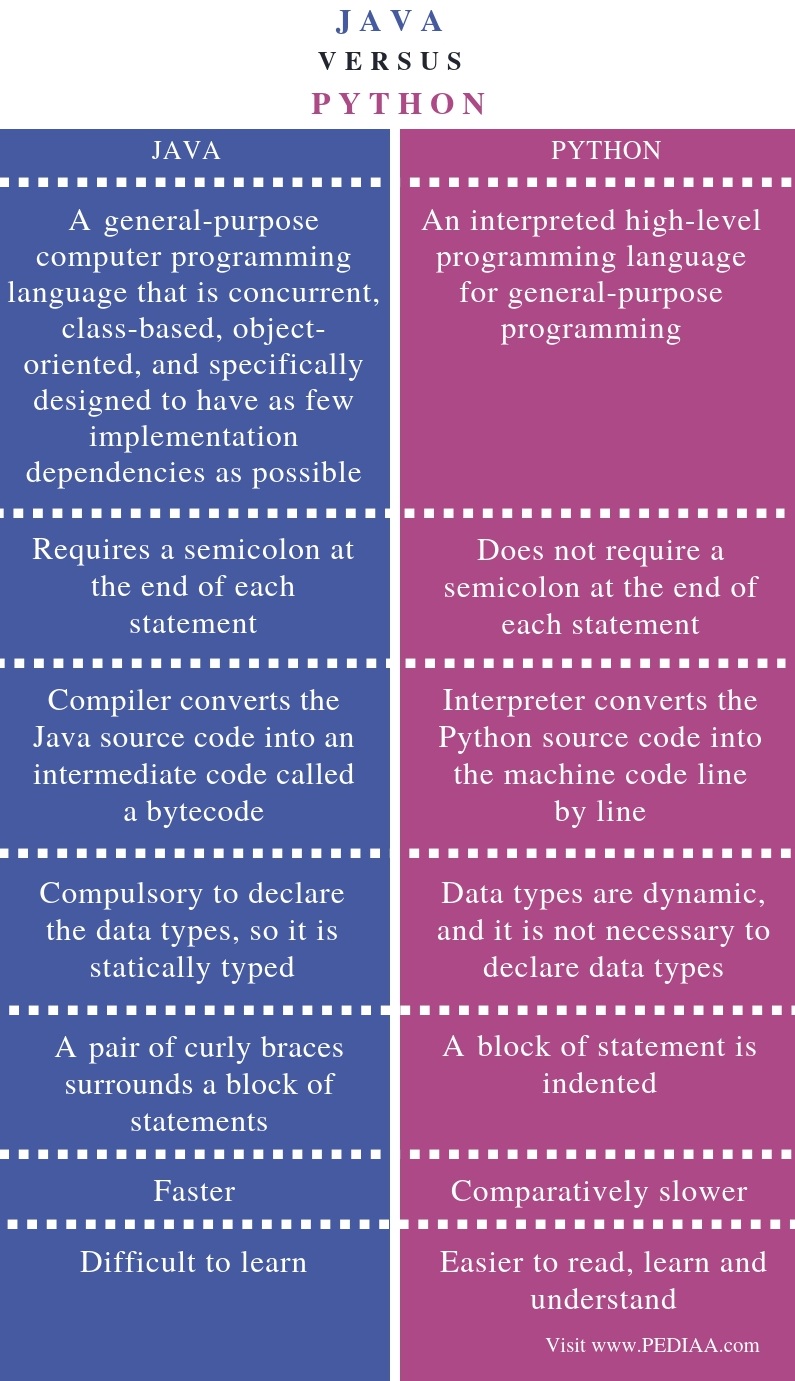 Java is a popular high-level programming language. Web applications, mobile applications, high performance distributed systems are some examples of Java-based applications. Also, Java has many versions; Java SE is the standard edition. Java ME is for mobile development while Java EE is for enterprise level applications. Moreover, there are Integrated Development Environments (IDE)s with all the necessary tools to develop applications in Java. Some common Java IDEs are NetBeans and Eclipse. 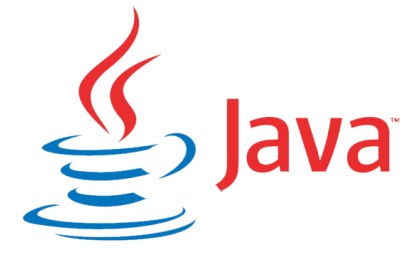 Besides, Java is a programming language that supports object-oriented programming, which allows modelling of real-world scenarios in computing. However, the Java source code is not directly converted into machine code. First, the source code converts to an intermediate code: bytecode. This bytecode is executable in any platform that consists of a Java Virtual Machine (JVM). Therefore, Java is platform-independent. Additionally, it provides error handling, compile-time error checking and runtime checking. Moreover, it is also possible to implement multi-threading and allows developing secure applications.

Nevertheless, the main advantage of the Python language is that it is simple and easier to learn. Therefore, it is one of the most popular languages among beginners. The simple syntax helps to develop even a complex algorithm to solve a problem within a short period.

Furthermore, it is easier to integrate with databases such as MySQL, MSSQL, and, SQLite. Also, it allows developing Graphical User Interfaces (GUIs). Moreover, it supports multithreading.

Similarities Between Java and Python

Difference Between Java and Python

Moreover, Java is a faster language in comparison to Python.

Another difference between Java and Python is that the Java is language that is difficult to learn while the Python is easier to read, learn and understand.

NetBeans, and Eclipse are popular Java IDEs while PyCharm is a popular Python IDE.