Home » Public » Politics » What is the Difference Between Capitalism and Socialism 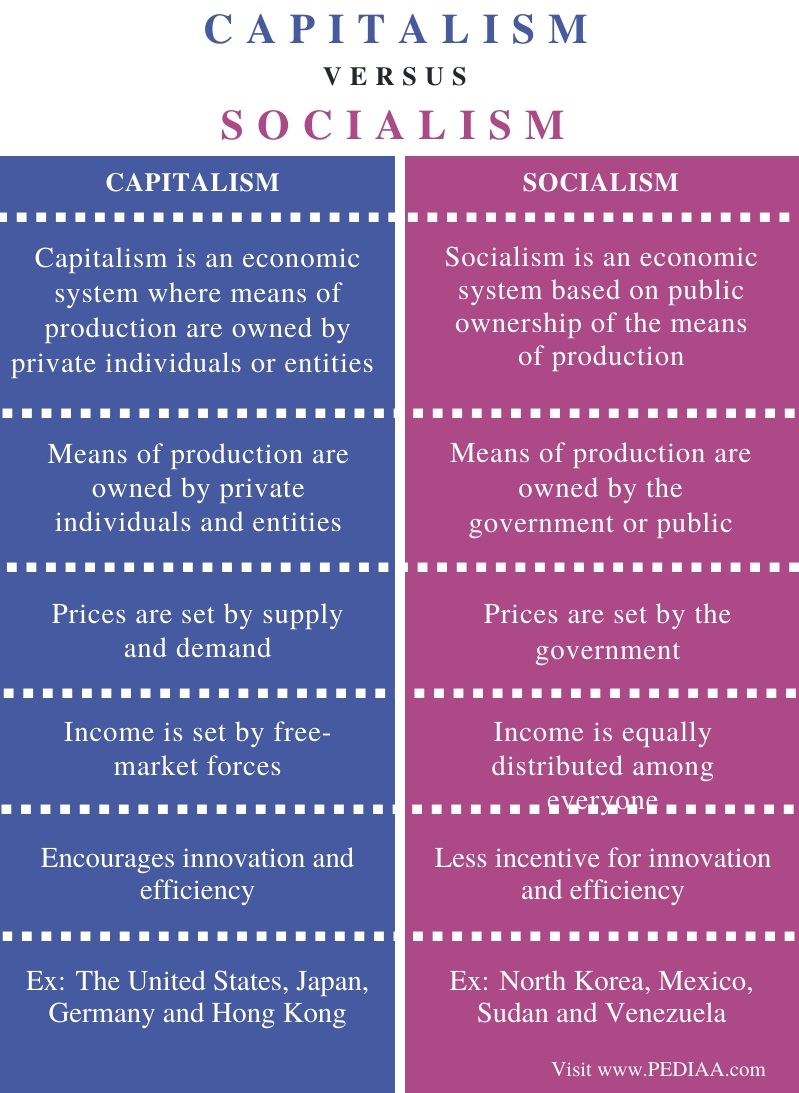 Capitalism is an economic system where private actors (individuals and businesses) own the factors of production, i.e, entrepreneurship, natural resources, capital goods and labour. In a capitalist society, the production of goods and services depends on supply and demand in the general market. Furthermore, private property, competitive markets, capital accumulation, wage labour, a price system, and voluntary exchange, are some main characteristics of capitalism.

The main advantage of capitalism is that it gives the best products for the best prices. Moreover, there is an intrinsic reward for innovation in capitalism. However, this system also has disadvantages. The private ownerships in capitalistic systems allow businesses to gain monopoly power in terms of product and labour markets. This can create a great injustice in society.

Socialism is an economic system where everyone in society equally owns the factors of production. Also, this public or state ownership takes place through a democratically elected government. In a pure socialist economic system, everyone works for wealth, and there is an equal distribution of wealth among everyone. Moreover, the underlying premise of a socialist economic system is that “what is good for one is good for all”. In other words, it highlights the fact that everyone in society should have a right to decide on how resources should be used and consumed.

Moreover, in a strictly socialist economy, the government makes all production and distribution decisions (in terms of legality), and people depend on the state for everything from food to healthcare. The government also decides the goods and services and their pricing levels.

Difference Between Between Capitalism and Socialism

1. “Graphic depiction of capitalism” By Rcragun – Own work (CC BY 3.0) via Commons Wikimedia