Digital natives and digital immigrants are two contrasting terms coined by Marc Prensky in 2001. These describe people or generations based on their familiarity with digital technologies. 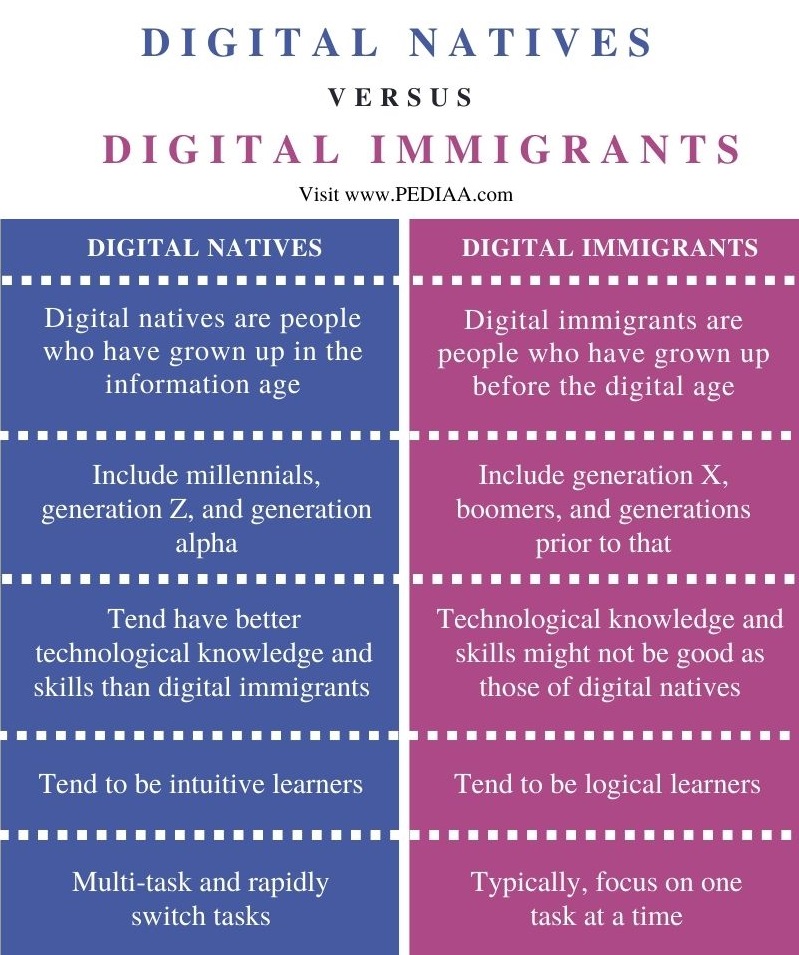 Who are Digital Natives

Digital natives are people who have grown up in the information age. Marc Prensky coined this term in 2001 to describe the generation of people who grew up in the era of information technology, including computers and the internet. Digital natives can consume digital information quickly and comfortably using various devices and platforms. In other words, they are very familiar with smartphones, tablets, and social media. For them, technology is an essential part of their lives. 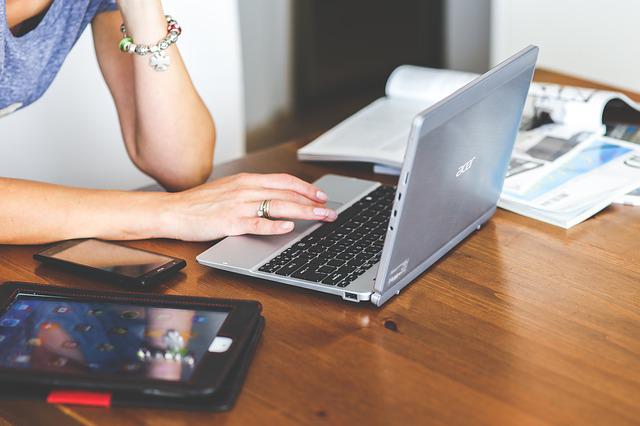 Many children and teenagers, especially those in developed countries, are digital natives. They mostly learn and communicate using computers, mobile phones, social networking sites, and texting. Digital natives often include millennials (born between 1980 and 2000), generation Z (born after 2000), and generation alpha (born after 2010).

Digital natives often get priority in the hiring process, especially in IT and technical jobs. They can bring many new ideas into the workplace. Due to their familiarity with social media and digital technologies, social media has become an integral part of marketing for many businesses.

Who are Digital Immigrants 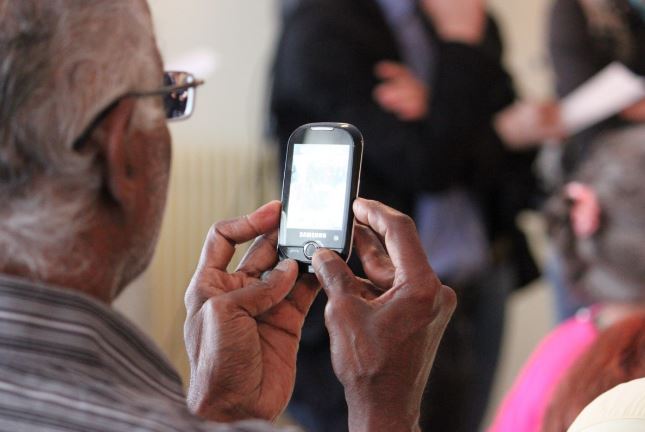 Although we can easily categorize people as digital natives and immigrants, this categorization is somewhat controversial. This is based on the assumption that early exposure to technology changes the way people learn and work. Moreover, the introduction of computers and the internet to society did not occur at once throughout the world. Therefore, teenagers in a developing country may not be as technologically savvy as those in a developed country. There can also be a difference in the demarcation of the age limits for natives and immigrants in developed and developing countries.

Generally, digital natives have better technological knowledge and skills than digital immigrants as they have grown up with technology. Therefore, they are more familiar with computers, smartphones, and the internet.

Digital natives tend to be intuitive learners, while digital immigrants tend to be logical learners.

While digital natives multi-task and rapidly switch tasks, digital immigrants usually focus on one task at a time.