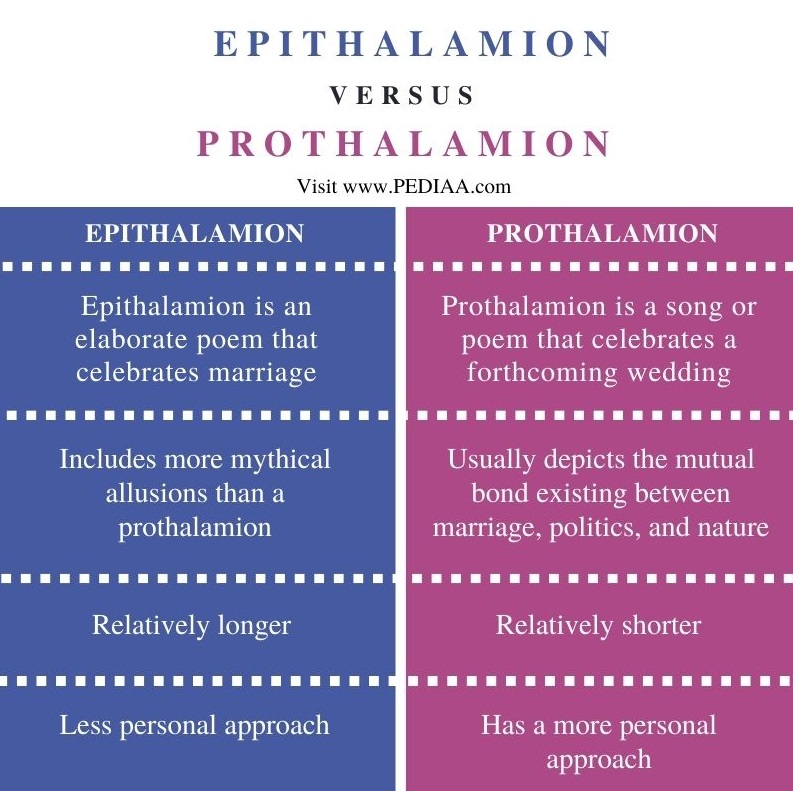 Epithalamion is a poem or a song recited for the bride and bridegroom at their wedding. Epithalamion is also called Epithalamium or Epithalamy.  Ancient Greeks used to sing such songs hoping that they would bring good fortune on the marriage.

Epithalamion is usually sung at the marriage chamber. However, today we use the same term to refer to a song sung during the wedding processions that contains repeated invocations to Hymen, the Greek god of marriage. However, in epithalamions, we cannot usually observe a specific meter.

During Renaissance, epithalamions came from the classical models and Pierre de Ronsard in France and Torquato Tasso in Italy were famous poets at the time. John Donne, Sir Philip Sidney, Ben Jonson, and Richard Crashaw are some popular English poets who adapted this form of lyrical composition during the period of the Renaissance.  Furthermore, among the English epithalamions composed throughout history, Edmund Spenser’s Epithalamion, which was written for his second marriage in 1595, is considered the best version of English epithalamion ever published.

The English poet Edmund Spenser wrote a “Prothalamion” in 1596 to celebrate the engagements of Elizabeth Somerset and Katherine Somerset, the daughters of the Earl of Somerset. Based on the time period during which it was written, the poem was strange and innovative. Edmund Spenser coined the word “Prothalamion”, taking into consideration the word “epithalamion,” or “wedding song.” While an epithalamion celebrates a wedding, a prothalamion celebrates an engagement or a betrothal. 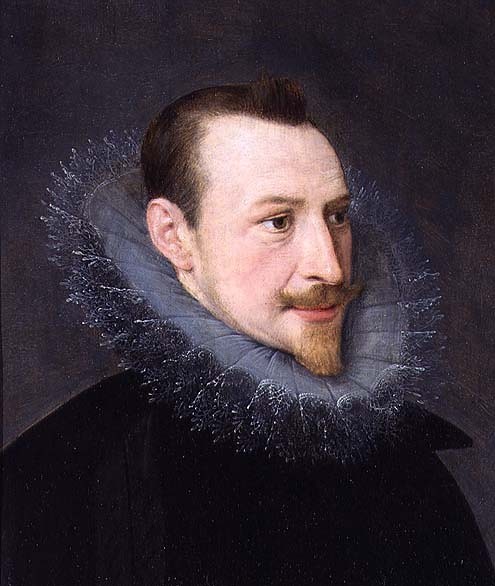 Generally, the betrothals in prothalamion revealed most of the politically important events in England during that particular period of time. A prothalamion, therefore, sings of the mutual bond existing between marriage, politics, and nature. It praises the beauty of the brides and how perfect the union of marriage is, along with the portrayal of the natural and practical world outside marriage. Similarly, a prothalamion also points out the mutable nature even present within the beauty and perfection of bonds and marriage.

Similarities Between Epithalamion and Prothalamion

Difference Between Epithalamion and Prothalamion

Epithalamion includes more mythical allusions than a prothalamion. A prothalamion usually depicts the mutual bond existing between marriage, politics, and nature; it praises the beauty of the brides and union of marriage and also describes the and the natural and practical world outside

An Epithalamion is relatively longer than a Prothalamion

Out of the two versions, prothalamion has a more personal approach and includes fewer references to the poet’s own country and situation