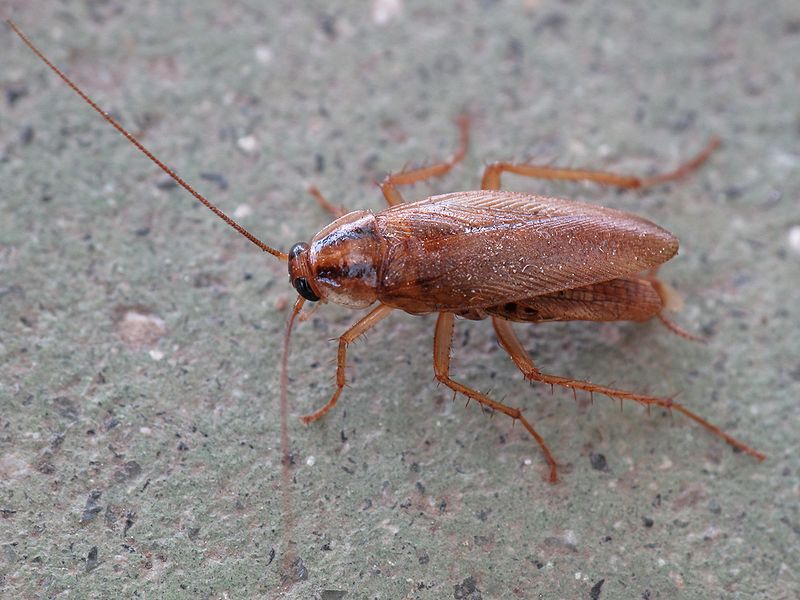 Furthermore, German cockroaches prefer warm and humid places in houses like bathrooms and kitchens. They also nest in cracks and crevices around the house. Most probably, they are found crawling around the floor. That means; although they have wings, they rarely fly.

American cockroach (Periplaneta americana) is the largest variety among the household cockroaches. It is colloquially known as the waterbug. The other names for American cockroach are the ship cockroach, kakkerlak, and Bombay canary. Generally, it is much bigger than German cockroach and grows up to 1.5 to 2 inches. Moreover, American cockroach is reddish brown in colour. Also, they have a paler yellow or orange colour around the edge of the thorax. In addition, the reproduction rate of this variety is comparatively low, making them less frequent. 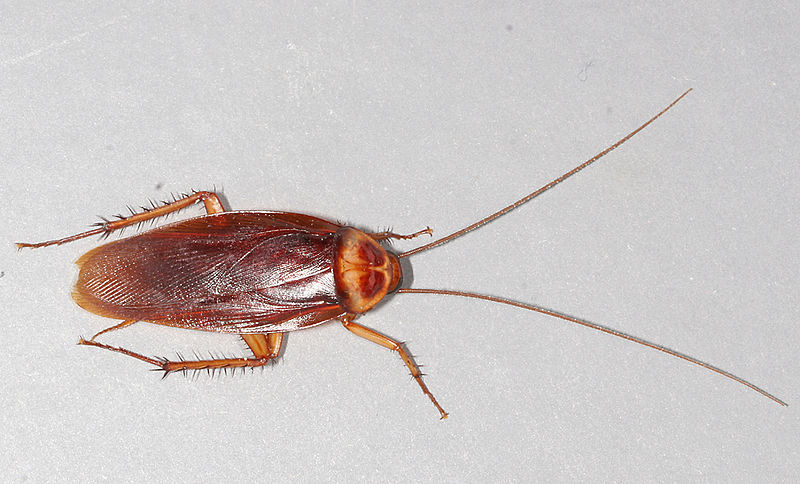 Moreover, American cockroaches make their nests outdoors or in basements. However, they often come indoors during winter in order to escape from the cold. These large cockroaches crawl around the ground although they are capable of flying.

Similarities Between German and American Cockroach

Difference Between German and American Cockroach

The Dropping of the Ootheca

The Offspring Produced by a Single Female