The main difference between Handler and Thread is that a handler is a function or a method that is capable of performing a specific task while a thread is a small, lightweight execution unit within a process.

A handler is a routine or method that performs a certain task. An event handler is a major example for a handler. On the other hand, a thread executes within a process. It is a small execution unit that helps to increase system performance. 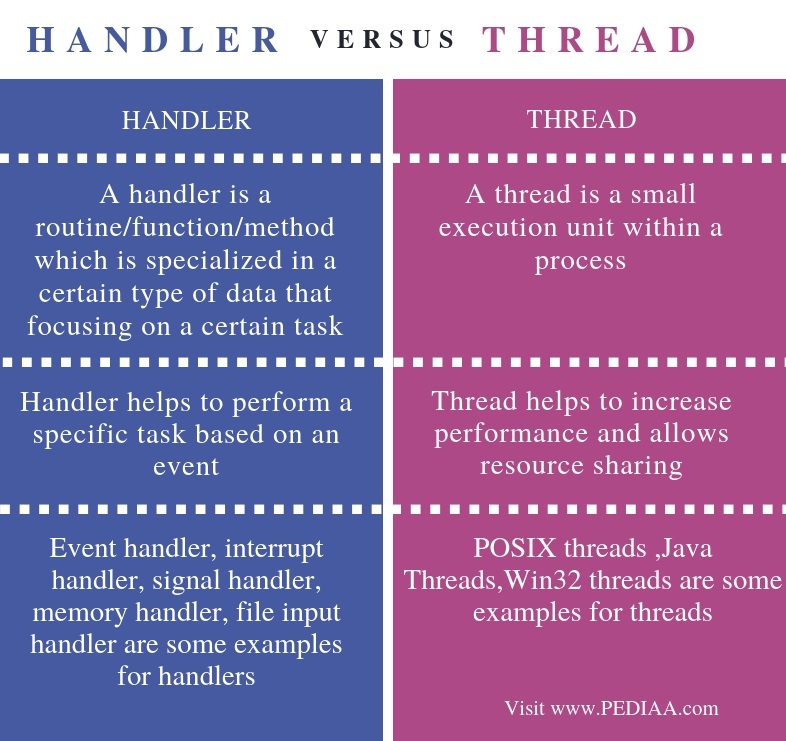 A handler is a routine or a function or a method that focuses on performing a certain task. It is specialized in a certain type of data. There are various types of handlers; some of these include event handler, interrupt handler, and signal handler.

An event handler is a callback subroutine. It handles inputs received in a program. When a certain event occurs, a set of tasks is executed.  Moreover, it is the application level information from the framework such as GUI toolkit.  Some common GUI events include key presses, mouse changes, timer operations, and action selections. In addition, event-driven programming highly replies on event handlers. The event dispatch processes the created events within the framework. It manages the event and corresponding event handlers. Also, it places the events and event handlers on the queue to process later. Interrupt handlers and signal handlers are also considered as event handlers.

An interrupt is an event that indicates the CPU to perform an immediate task. They can occur by a hardware device such as a network device, timer or by instructions in a program.  Furthermore, the corresponding block of code is executed according to the specific interrupt condition.

A signal, on the other hand, is an asynchronous notification sent to a process of thread to indicate the occurrence of an event. When there is a signal, the operating system interrupts the execution flow of that specific process. Here, if the process had previously registered a signal handler, the routine will be executed. If not, the default signal handler will be executed.

A program is a set of instructions that allows the CPU to perform a task. When a program is executed, it becomes a process. Moreover, it requires more resources to create processes. Therefore, a process is divided into multiple lightweight, small execution units called threads. Likewise, multiple threads are executed within the same process. Therefore, threads increase the performance, allows resource sharing and is economical. 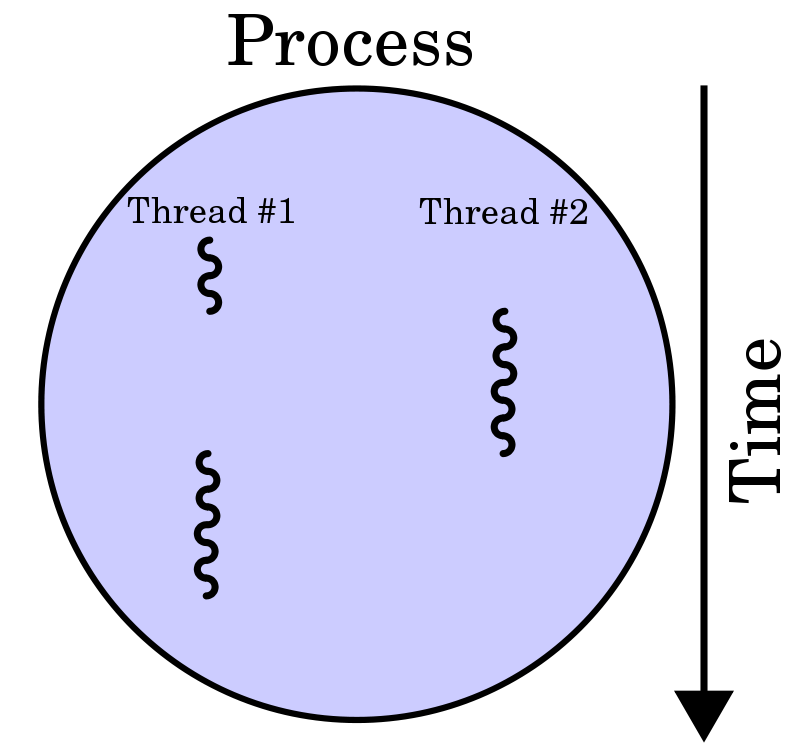 Difference Between Handler and Thread

A handler is a routine/function/method which is specialized in a certain type of data that focuses on a certain task while a thread is a small execution unit within a process. Thus, this explains the main difference between Handler and Thread.

Moreover, handler helps to perform a specific task based on an event while thread helps to increase performance and allows resource sharing. Hence, this is the functional difference between Handler and Thread.

Although some people use the two words handler and thread interchangeably, there is a distinct difference between handler and thread.  A handler is a function or a method that is capable of performing a specific task while a thread is a small, lightweight execution unit within a process.