Generally, an operating system is the layer between the hardware and user programs. Here, the CPU is the component that handles the tasks of the entire computer system. Sometimes, it is necessary to pause the currently executing task and perform immediate actions. Two such mechanisms are interrupts and polling. 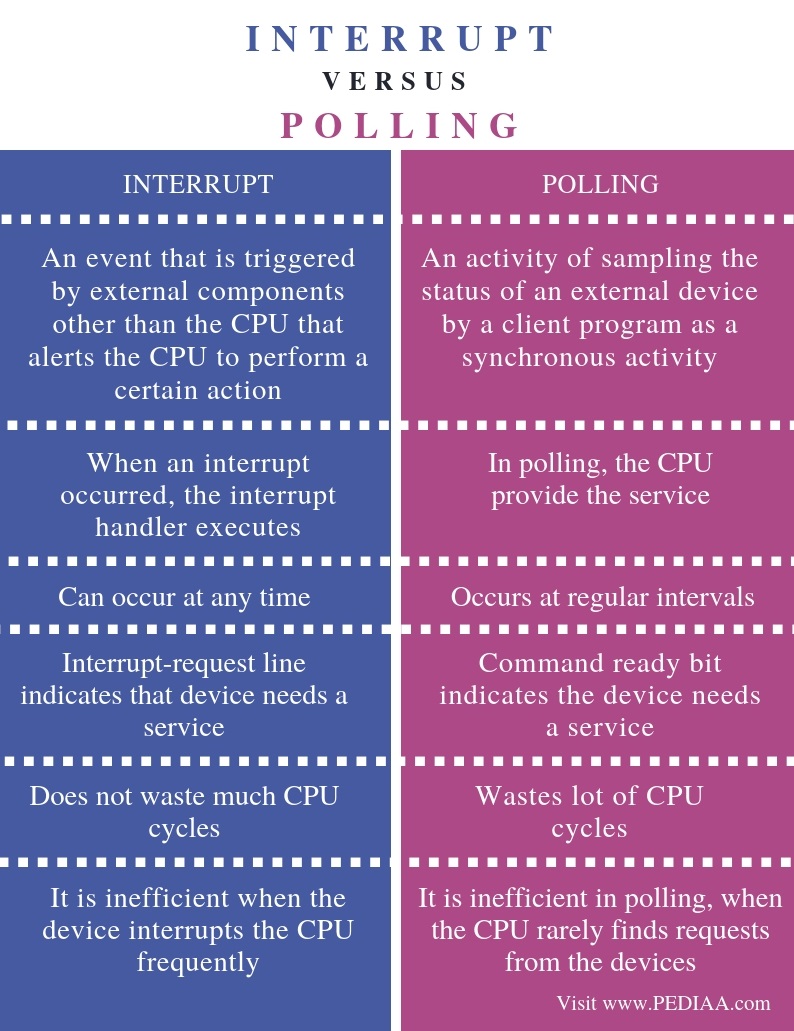 An interrupt is an event that indicates the CPU to take immediate action. There can be an interrupt to indicate the time out of a timer. Additionally, an interrupt can notify the received data packets of a networking device. When an interrupt occurs, the CPU pauses the task it is currently executing and executes the corresponding interrupt handler, which is known as Interrupt Service Routine (ISR). After handling the interrupt, it switches back to the usual tasks it was executing. 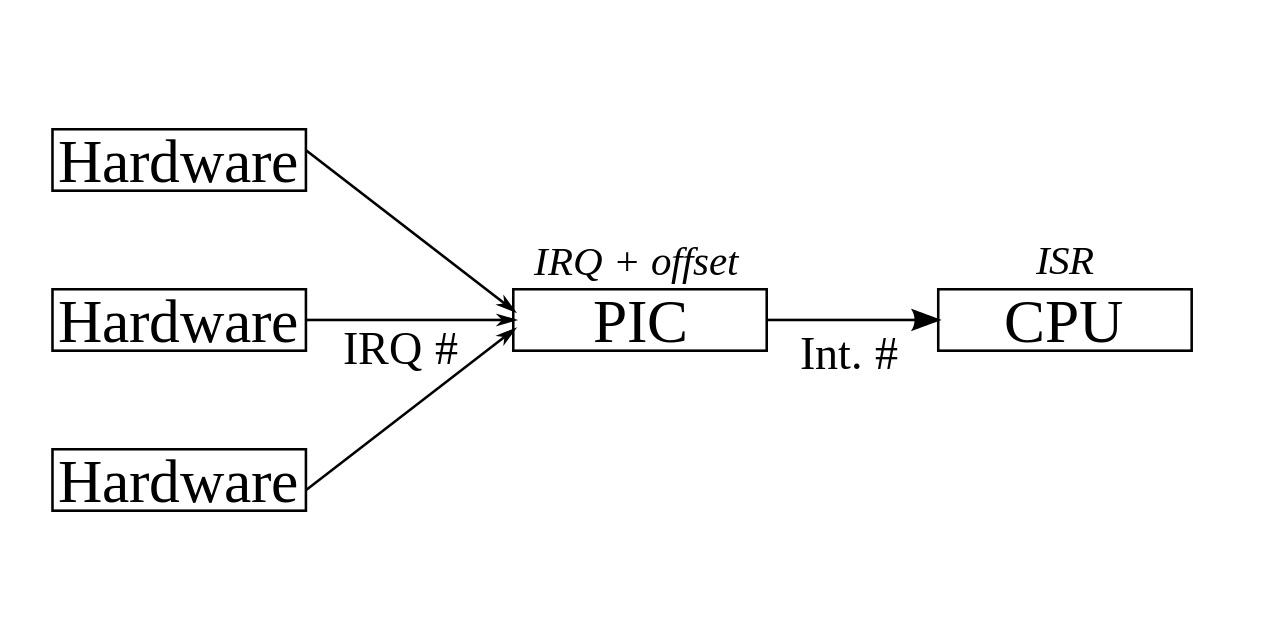 There are mainly two types of interrupts as hardware and software interrupt.

Polling is the mechanism that indicates the CPU that a device requires its attention. It is a continuous act to figure out whether the device is working properly. As it is mostly used with input/output (I/O), it is also called polled I/O or software driven I/O. Polling also helps to check a device continuously for readiness. For example, take a printer. If the device is busy, the CPU performs some other task. Usually, polling often involves low-level hardware.

However, there are some disadvantages to polling as well. Mainly, polling causes the wastage of many CPU cycles. Especially, if there are many devices to check, then the time taken to poll them could exceed the time available to service the I/O device.

Difference Between Interrupt and Polling

An interrupt is an event that is triggered by external components other than the CPU that alerts the CPU to perform a certain action. In contrast, polling is a synchronous activity that samples the status of an external device by a client program. Thus, this describes the main difference between interrupt and polling.

When an interrupt occurs, the interrupt handler is executed. On the other hand, in polling, the CPU provides the service.

Another difference between interrupt and polling is that interrupt can occur at any time while polling occurs at regular intervals.

Interrupt does not waste many CPU cycles while polling wastes a lot of CPU cycles. Hence, this is also a difference between interrupt and polling.

The main difference between interrupt and polling is that in interrupt, the device notifies the CPU that it requires attention while, in polling, the CPU continuously checks the status of the devices to find whether they require attention. In brief, an interrupt is asynchronous whereas polling is synchronous.

1.”Path of interrupts from hardware” By Jfmantis – Own work (CC BY-SA 3.0) via Commons Wikimedia