The main difference between invasion and metastasis is that invasion is the direct extension or penetration of cancer cells into the neighboring tissues whereas metastasis is the invasion of a tissue in a distinct location by cancer cells. Furthermore, invasion does not require a medium while metastasis occurs through blood or lymphatic system.

Invasion and metastasis are two methods used by cancer cells to invade other tissues of the body during the malignant stage. 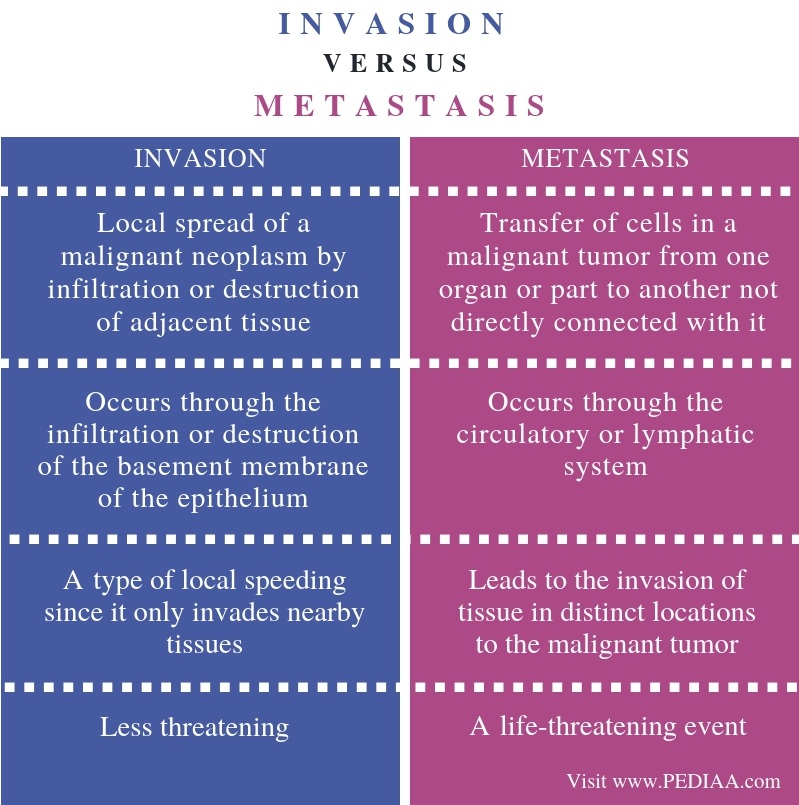 Invasion is a method used by the cells in a tumor to spread into neighboring tissues. It occurs either through the destruction of the basement membrane of the epithelial cells or through infiltration. Hence, the invasion is a type of local spreading of cancer cells. However, since cancer cells destruct the basement membrane of the epithelial tissues, the invasion is a spreading of cancer or a tumor. Moreover, invasion helps cancers to grow in size progressively. Generally, the invasion is the first stage of the secondary development of malignant tumors, which leads to the metastasis. 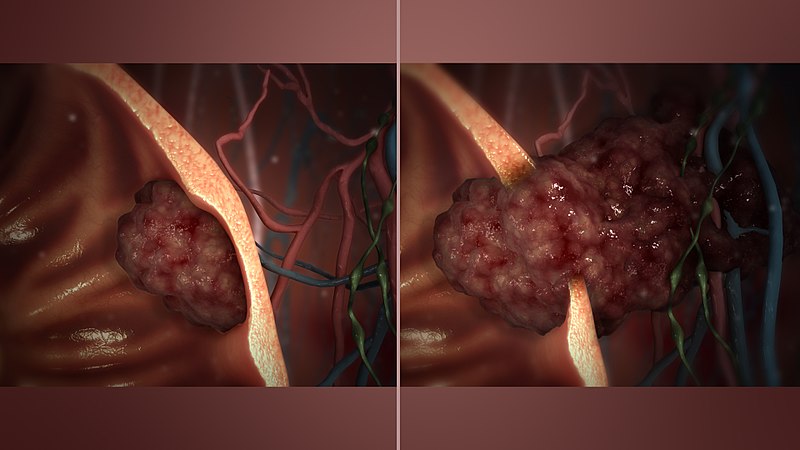 Metastasis is the transfer of cells in a malignant tumor from one organ or part to another not directly connected with it. Moreover, metastasis occurs through blood or lymphatic system. Thus, this process is known as metastatic cascade since it occurs in a kind of ordered and predictable manner. Since metastasis allows the formation of a malignant tumor in a distinct tissue, it is considered as the secondary stage of cancer. 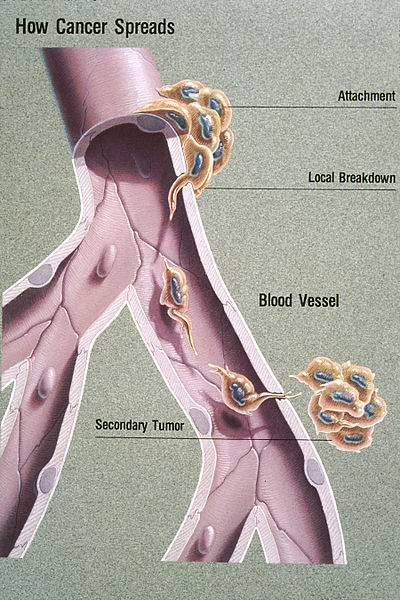 The three steps of the metastatic cascade are the invasion, intravasation, and extravasation. During the invasion, the loss of cell-cell adhesion capacity allows the cells in a malignant tumor to dissociate from the primary tumor mass. Thus, this allows the primary invasion of cells. Furthermore, substances that help to degrade the basement membrane and the extracellular matrix are secreted during the invasion. Also, these substances can either express or suppress some proteins, controlling the motility and migration of cells. For instance, a tumor generally undergoes angiogenesis in order to provide nutrients and oxygen to the cells in the tumor. However, these blood vessels in the tumor provide a route to the detached cells to enter into the circulatory system in a process called intravasation. At the point of intravasation, the detached cells are adhered to the endothelial cells, penetrating the basement membrane in a process called extravasation.

Similarities Between Invasion and Metastasis

Difference Between Invasion and Metastasis

Invasion refers to the local spread of a malignant neoplasm by infiltration or destruction of adjacent tissue while metastasis refers to the transfer of cells in a malignant tumor from one organ or part to another not directly connected with it.

Another difference between invasion and metastasis  is that invasion is a type of local speeding since it only invades nearby tissues while metastasis leads to the invasion of tissue in distinct locations to the malignant tumor.

While metastasis is a life-threatening event, invasion is less dangerous. Hence, this is another difference between invasion and metastasis.