K2 EDTA and K3 EDTA are two types of anticoagulants used in routine hematological tests. However, their influence on the blood count remains controversial. 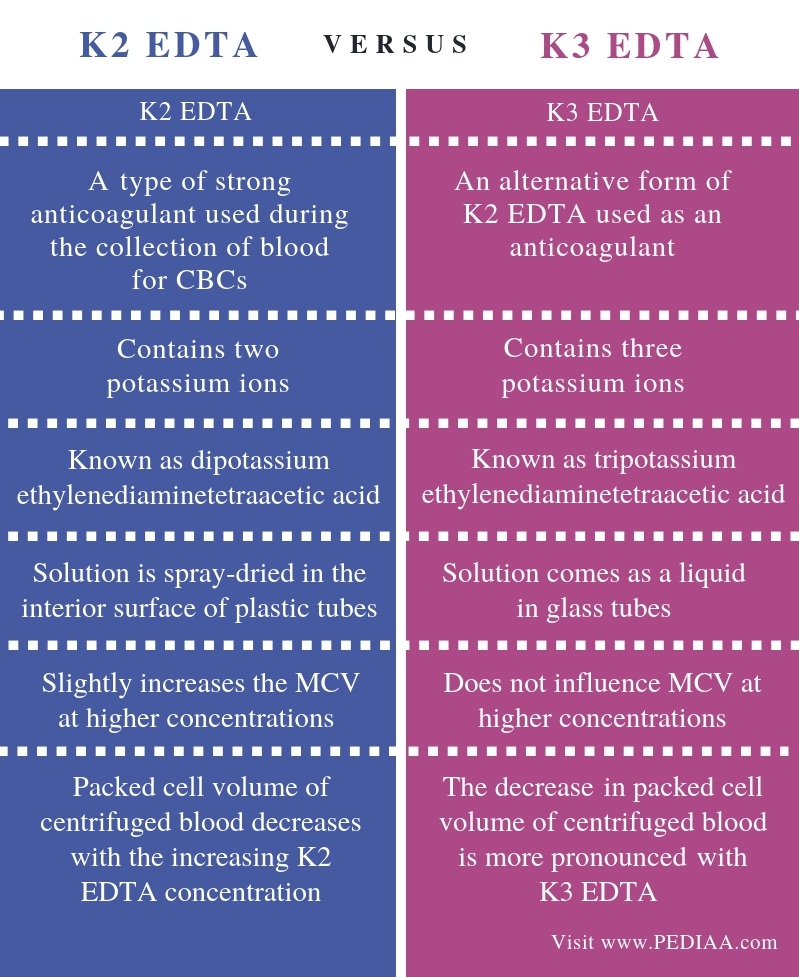 What is K2 EDTA 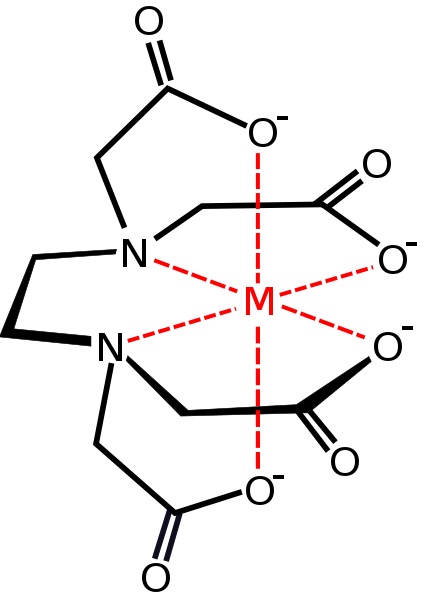 Moreover, EDTA is a chelating agent which can sequester metal ions including ferric ions and calcium ions in a mixture, diminishing their reactivity. Therefore, the main function of K2 EDTA in the blood specimen is to chelate calcium ions from the mixture. Furthermore, the process of blood coagulation requires calcium ions. But, the addition of EDTA to the specimen makes the calcium ions unavailable for this process, arresting coagulation.

What is K3 EDTA

K3 ETDA is an alternative form of K2 EDTA used during collecting blood for the routine hematological tests. In comparison to K2 EDTA, K3 EDTA contains three potassium ions bound to EDTA. However, the International Council for Standardization in Haematology recommends K2 EDTA as the anticoagulant due to two reasons:

Also, K3 EDTA lowers the MCV values up to -0.1 to -1.3% when compared to K2 EDTA. Another drawback of K3 EDTA is that it results in the dilution of the blood specimen. It lowers most of the measurements including RBC, WBC, platelet, and Hgb counts by 1-2%.

Another difference between K2 EDTA and K3 EDTA is that K2 EDTA solution is spray-dried in the interior surface of plastic tubes while K3 EDTA solution comes as a liquid in glass tubes.

Furthermore, the packed cell volume of centrifuged blood decreases with the increasing K2 EDTA concentration while this decrease is more pronounced with K3 EDTA.

K2 EDTA is a type of anticoagulant used in the blood collections tubes to prevent blood coagulation during storage by chelating calcium ions required by the coagulation process. In comparison, K3 EDTA is an alternative form of EDTA used as an anticoagulant. However, K2 EDTA influences the MCV of red blood cells at higher concentrations while the increasing concentration of K3 EDTA influences the packed cell volume of the centrifuged blood. Therefore, the main difference between K2 EDTA and K3 EDTA is their influence on the results of the hematological tests.