In this article, we will be considering the meditation (Bhavana) introduced by Lord Buddha, which then became popular in the whole world for its significant ability to elevate the mental health and spirituality of humans, in addition to its other psychological benefits. Among the meditation types introduced by Indian yogi sages, transcendental meditation stands distinct in the present world. 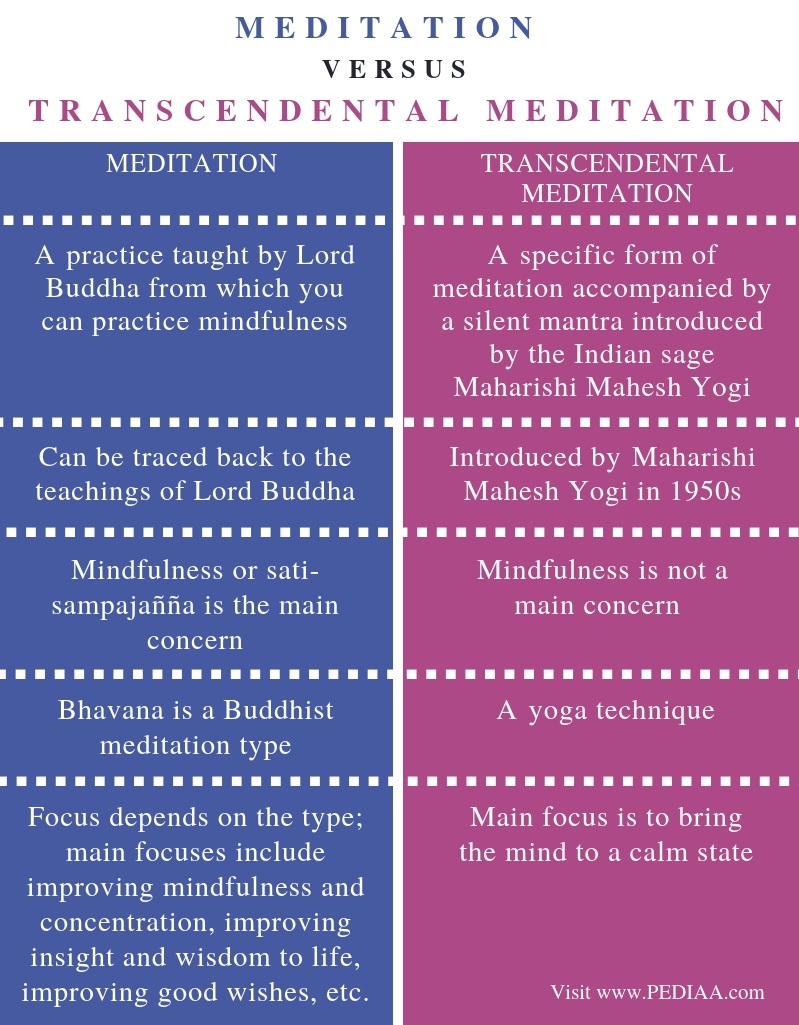 What is Meditation (Bhavana)

Meditation (also known as Bhavana), a practice recommended by Lord Buddha, improves one’s mental health and well-being and eventually helps to understand the condition of the human mind. Moreover, the effects of meditation not only limits to elevating one’s mental health but also to one’s physical, spiritual as well as social wellbeing.

Meditation is, therefore, a major technique one can use to develop mindfulness and awareness, also known as sati–sampajañña. Many research studies have proven the effect of meditation on the brain activity of a person, resulting in positive effects on his overall biology. 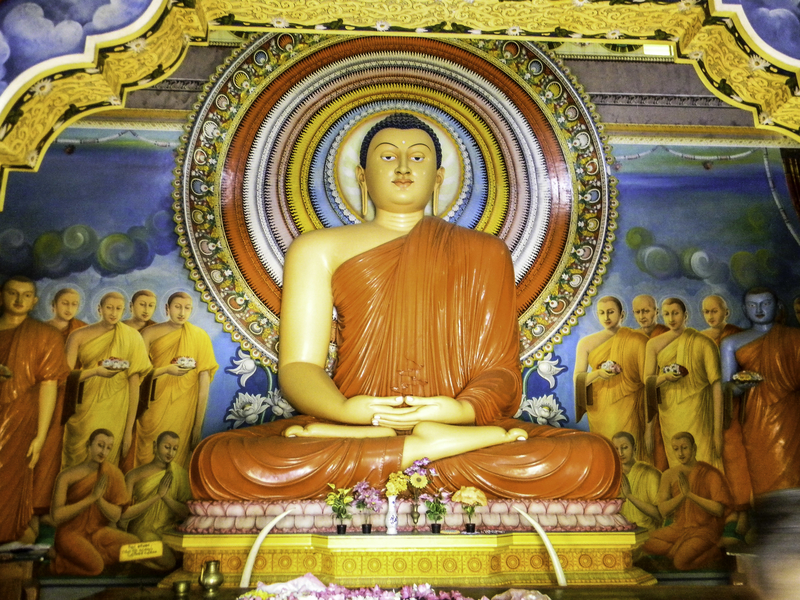 In Buddhism, meditation is considered a foremost path, as it develops seela and sati–sampajañña, which are essential prerequisites towards the eightfold path and to Nirvana of a Buddhist.

In Buddhism, there are several meditation types or techniques that focus on varied aspects. Some of these techniques include

These different types of meditation have different techniques accordingly. For instance, in Ana-Pana Sathi Bhavana, which is one of the very popular meditation types, a person has to pay his full concentration on the breathing process; the focus should be on the inhalation as well as exhalation. By this, the individual develops his mindfulness and thus improves concentration, which again accompanies other psychological benefits such as stress release, good blood circulation, etc. 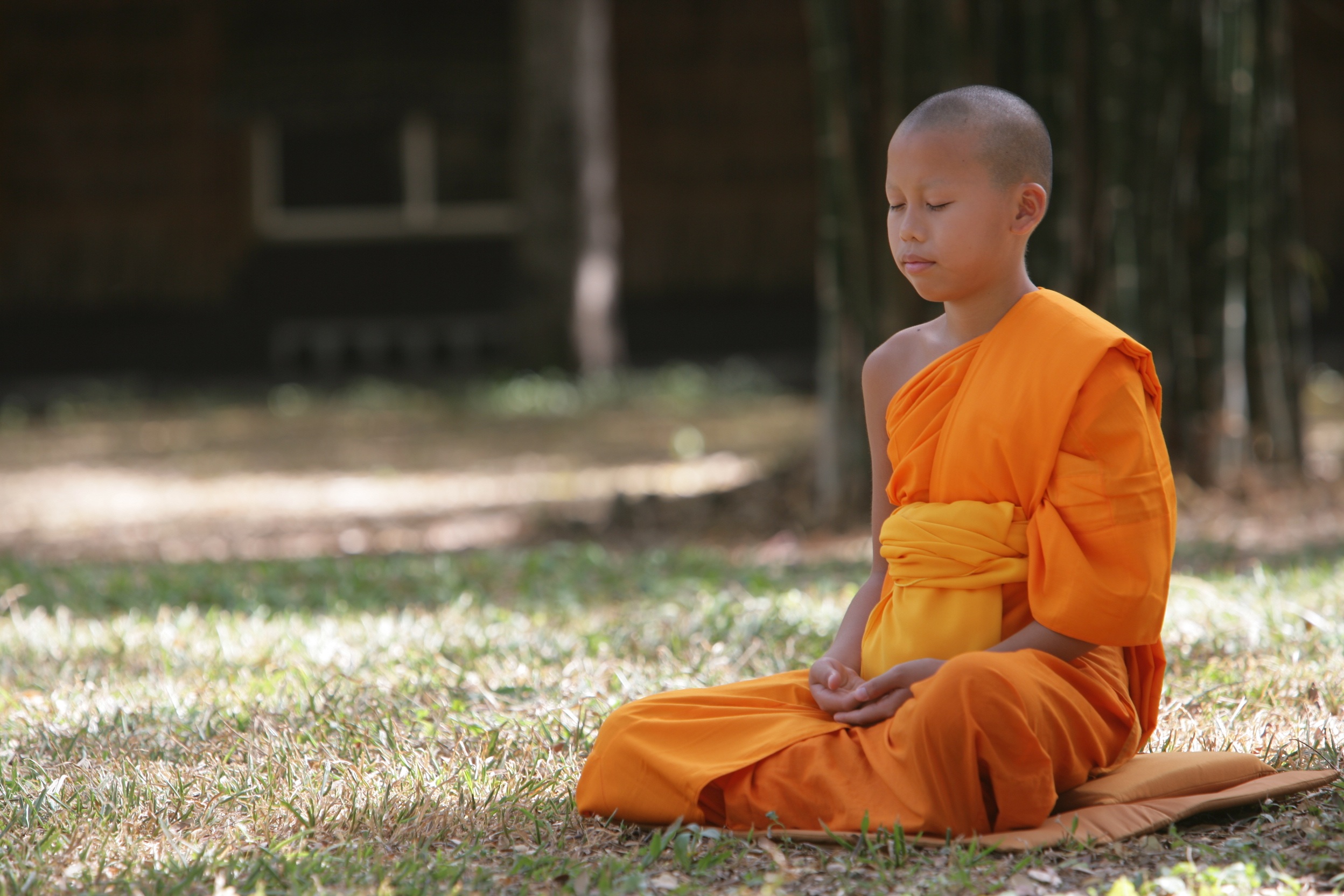 To practice meditation properly, the posture is also an important fact; the recommended posture for meditation is the sitting posture in addition to other postures such as walking posture and reclining posture (Siha Seyyasana).

Likewise, even though the term meditation is used for Bhavana as well, several Theravedic Bhikku scholars such as Ven. Walpola Rahula recommends using the term ‘Bhavana’ instead of meditation since the aim and the desired effects of Bhavana practice surpasses meditation techniques in many levels.

What is Transcendental Meditation

Moreover, transcendental meditation movement considers TM as a non-religious method that focuses mainly on relaxing the mind and relieving stress. Experts suggest that “Transcendental Meditation doesn’t focus on breathing or chanting, like other forms of meditation. Instead, it encourages a restful state of mind beyond thinking.” 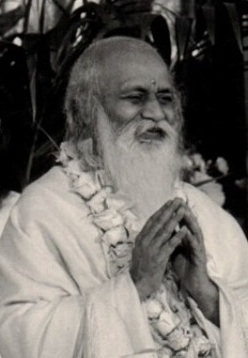 The mantras used in Transcendental Meditation come from the ancient Vedic tradition of India, which are Sanskrit sounds. Further, these mantras vary according to the teacher and the person practicing TM (such as age range). Hence, it is important to receive a suitable mantra from a fully trained Transcendental Meditation teacher from the 50 different mantras practiced by these Indian sage leaders over thousands of years. 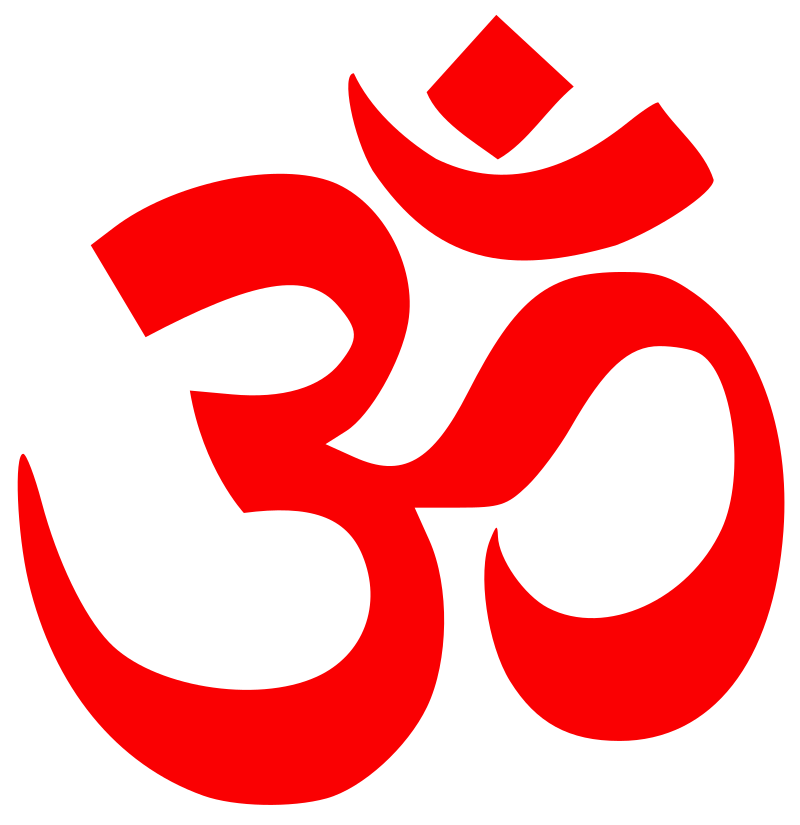 Thus, unlike mindfulness meditation, the aim in TM is to settle the mind (and its thoughts) and put it into a relaxed state without concentration on anything. Therefore, TM is effective in relieving stress and anxiety, increasing physical and mental health, etc.

Thus, for TM practitioners, the distinction of transcendental meditation from other meditations (Bhavana) is that it;

Similarities Between Meditation and Transcendental Meditation

Difference Between Meditation and Transcendental Meditation

Meditation, referred to as Bhavana, is a Buddhist meditation type whereas transcendental meditation is a yoga technique.