Home » Public » Politics » What is the Difference Between Plutocracy and Aristocracy 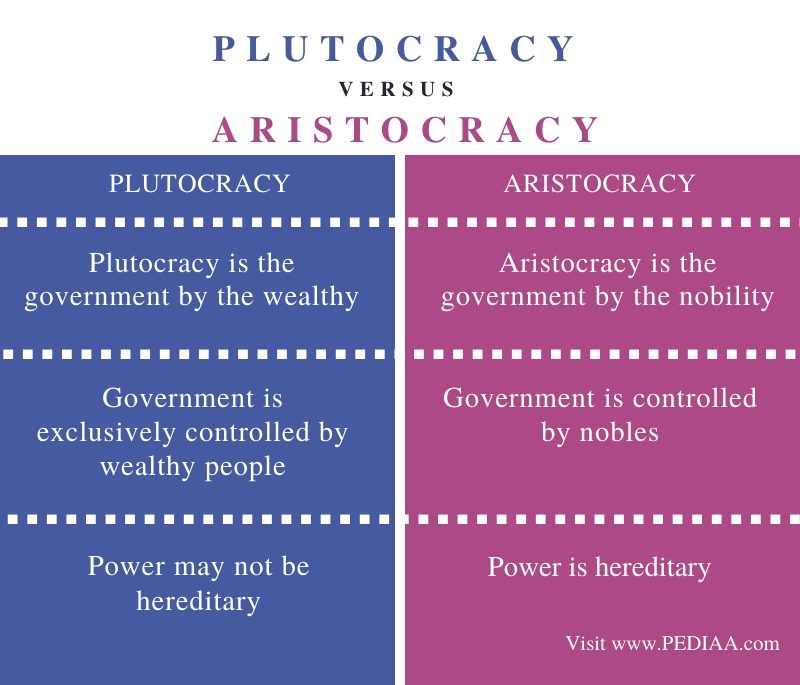 Plutocracy refers to a society that is ruled or controlled by people of great wealth or income. The word plutocra,cy itself originates from the Greek word ‘ploutokratia’; ploutos meaning wealth, and kratos meaning power or rule. Plutocracy can refer to a government exclusively controlled by wealthy people either directly or indirectly. In an indirect form of plutocracy, a country will have a regulatory framework and programs that only benefit the wealthy. Here, wealthy individuals may not always directly involve in the administration of the country, but they will influence the administration and decision-makers by legal and illegal methods such as bribing, sponsoring election campaigns, and lobbying. 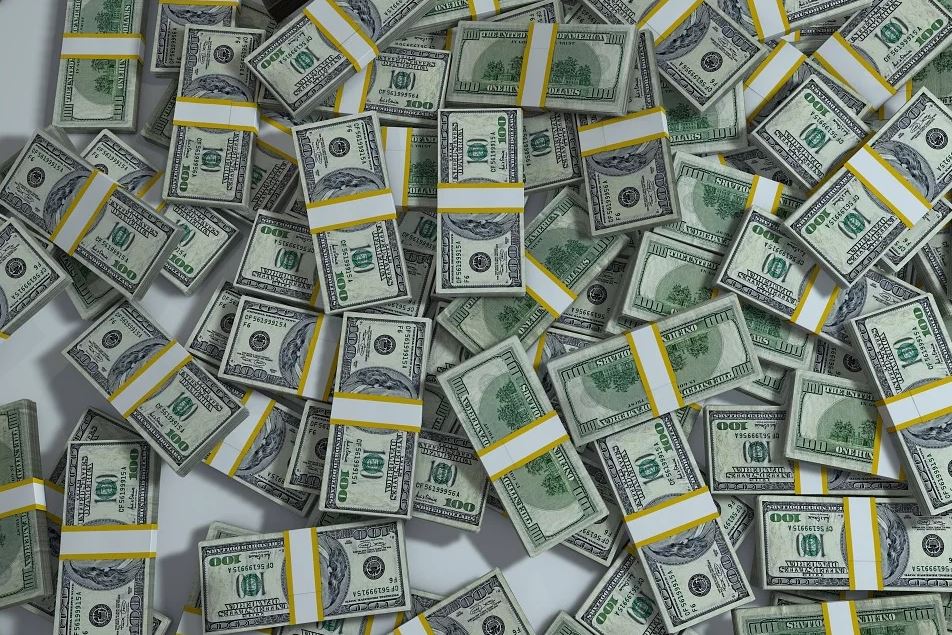 In a plutocracy, there is a wide gap between the rich and the poor. Moreover, this is typically a self-reinforcing system; once a group of wealthy people come into power, they will use their political power and wealth to change the law and system of the country to acquire more money and power.

It is also important to note plutocracy is not exactly an accepted political system or a form of government in the modern world. This term is often used in an insulting way to refer to an unfair system. City-state of Venice during the 14th century, which was ruled by patricians, can be taken as an example for plutocracy.

An aristocracy is a form of government where power lies in the hands of the privileged ruling class. This ruling class consists of aristocrats or nobles, who enjoy social and economic prestige as well as political power. Aristocracy is hereditary since children inherit aristocratic status from their parents. In an aristocratic society, the plight of the whole population depends on the ruling class; if the aristocrats are benevolent, the people will prosper, but if the aristocrats are avaricious and cruel, the people will suffer. Moreover, we often associate aristocracy with mthe onarchy, which is the rule of a single person, typically a king or queen. 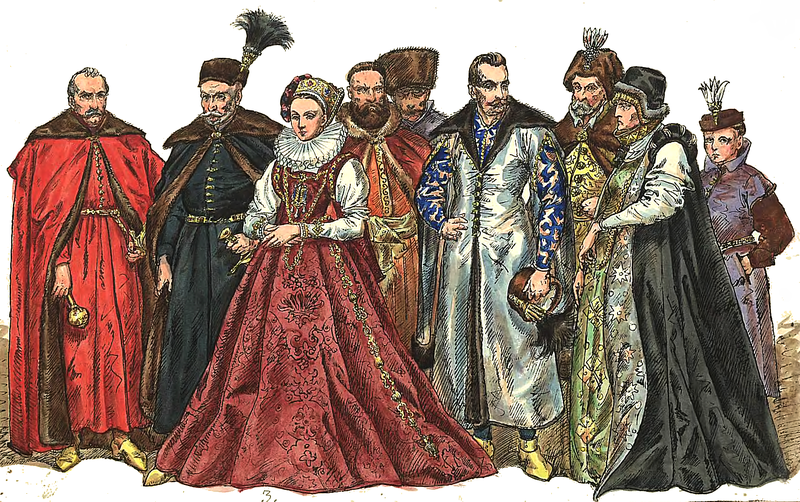 However, the term originates from the Greek word aristokratia, which means the rule of the best. This term was first used by Greeks to describe a system where only the best of the citizens were chosen to rule through a careful process of selection.

Similarities Between Plutocracy and Aristocracy

Difference Between Plutocracy and Aristocracy

Moreover, in a plutocracy, the power may not be hereditary, i.e, the children of the ruling class may not always inherit the ruling power; other wealthy individuals may come into power. In contrast, aristocracy is hereditary.