The main difference between royalty and nobility is that royalty refers to the royal family, whereas nobility refers to aristocrats.

Royalty and nobility are two terms that refer to the top tiers of a traditional society. Royalty refers to the king or queen and their family, whereas nobility is the social class that is just below royalty. Therefore, both these social classes are quite powerful and wealthy and have a direct impact on the governance of a monarchy. 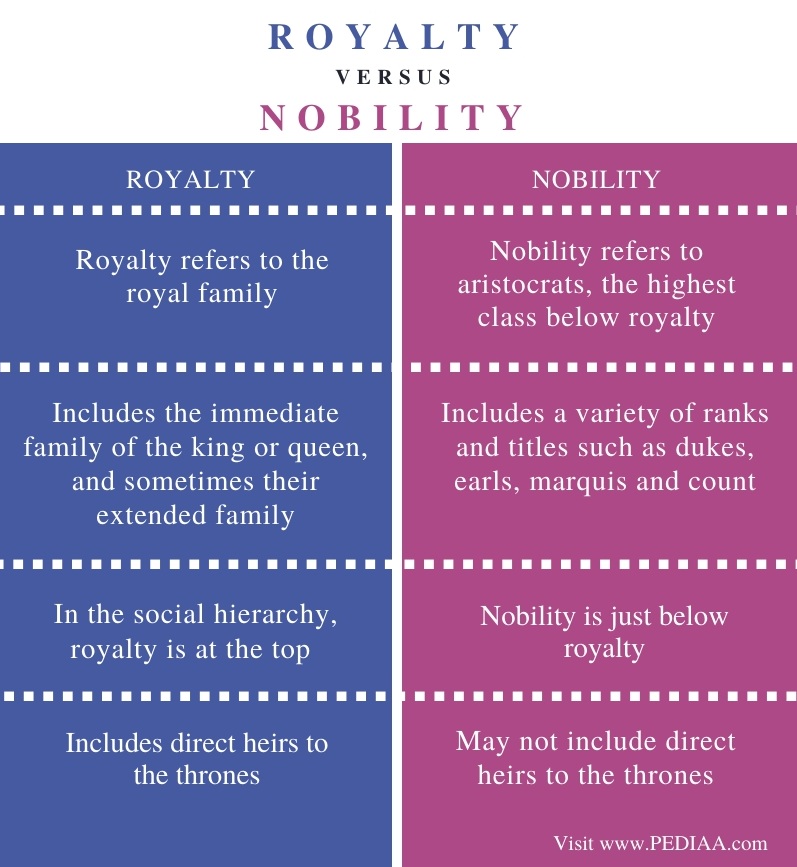 The word royalty refers to people of royal status or blood. Thus, this usually means the royal family – the immediate family of a king or queen, as well as their extended family. Royals have a claim to the throne.

The idea of royalty was very popular in the past as countries and regions were ruled by kings or queens. In the past, royalty was the most powerful group of people in a country. However, in the modern world, only a few countries have monarchs and royalty as various forms of governments have replaced the monarchy. The British royal family is perhaps most famous in the world. 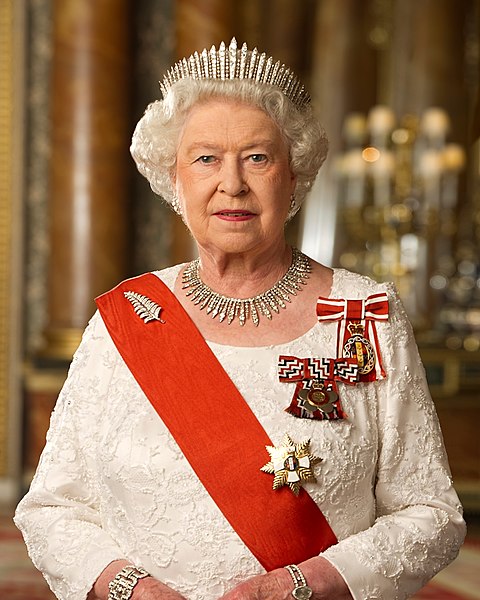 A person can become royal, either through birth or marriage. For example, Prince William is a royalty since he was born into a royal family. His wife, on the other hand, is a royalty through marriage. 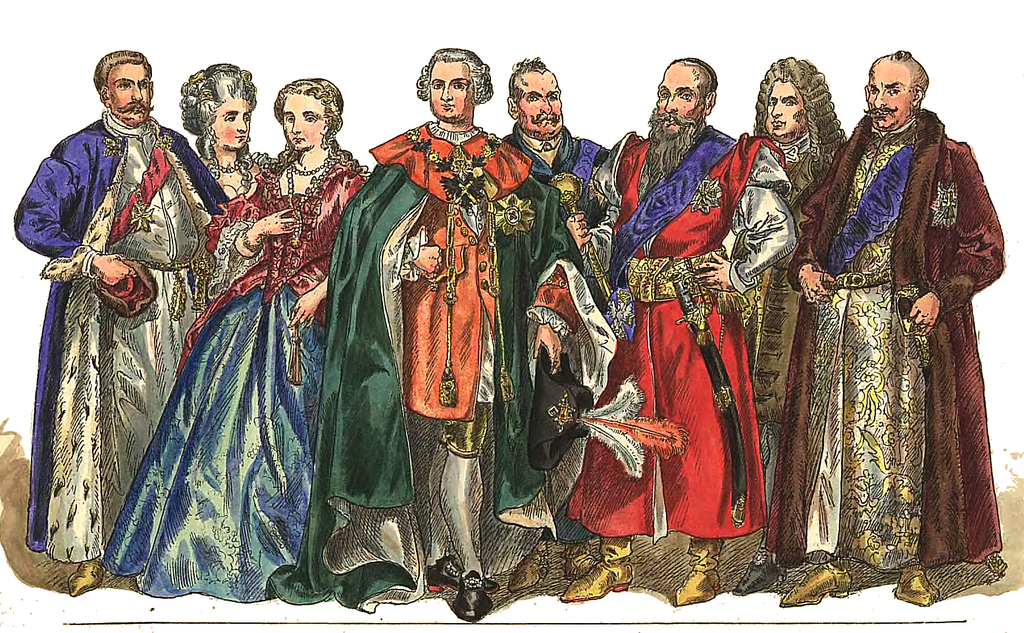 There are a variety of ranks and titles within the nobility. Duke, Duchess, Marquis, Marchioness, Earl, Countess, Baron and Baroness are some British hereditary titles. In traditional societies, nobles were very powerful and wealthy. Moreover, they had a direct influence on the country’s government; for example, the House of Lords.

Similarities Between Royalty and Nobility

Difference Between Royalty and Nobility

Royalty refers to the royal family, whereas nobility refers to aristocrats, the highest class below royalty.

Royalty includes the immediate family of the king or queen, and sometimes their extended family. Nobility, on the other hand, includes a variety of ranks and titles such as dukes, earls, marquis and count.

In the social hierarchy, royalty is at the top and nobility is just below royalty. In other words, royalty outranks nobility.

Heirs to the Throne