The main difference between potato vodka and grain vodka is that potato is more flavorful than grain vodka and is free of gluten and sugar. 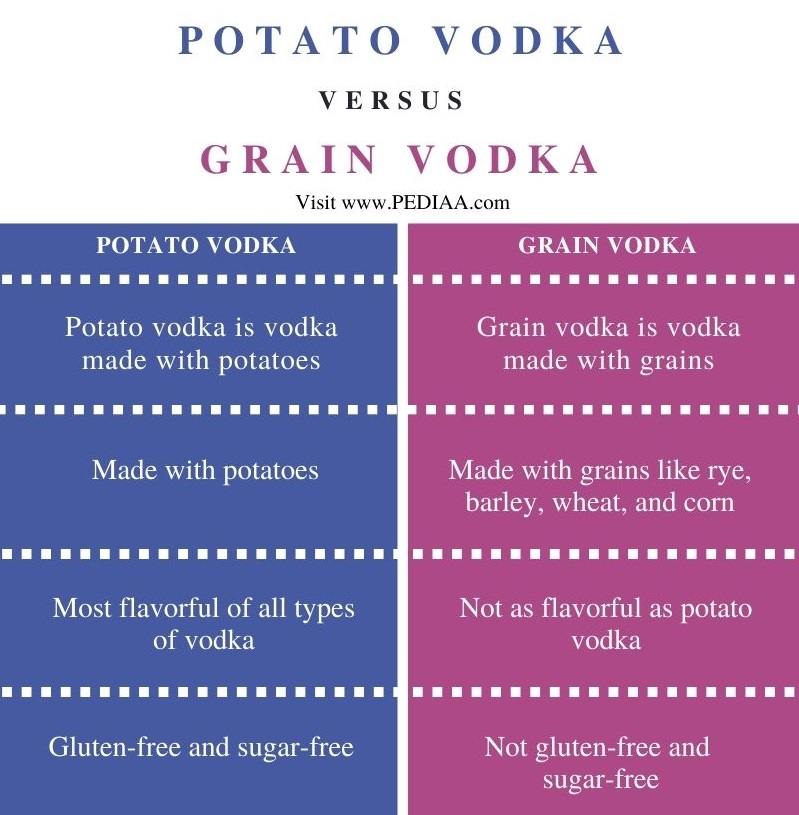 What is Potato Vodka

Potato vodka, as its name suggests, is vodka made with potatoes. Most people consider it as the most flavorful of all vodka varieties. It is also sugar-free, gluten-free, and contains only a very low amount of carbohydrates. This is why most people say that potato vodka is healthier than grain vodka. Since potato vodka has more flavor, it’s traditionally served straight or over ice. Also, keeping potato vodka in the freezer makes it extra smooth. Moreover, concerning the brands, Chopin Potato Vodka, Luksusowa Vodka, Leopold Bros Silver Tree Vodka, Blue Ice Potato Vodka, and Boyd & Blair Potato Vodka are some popular potato vodka brands. 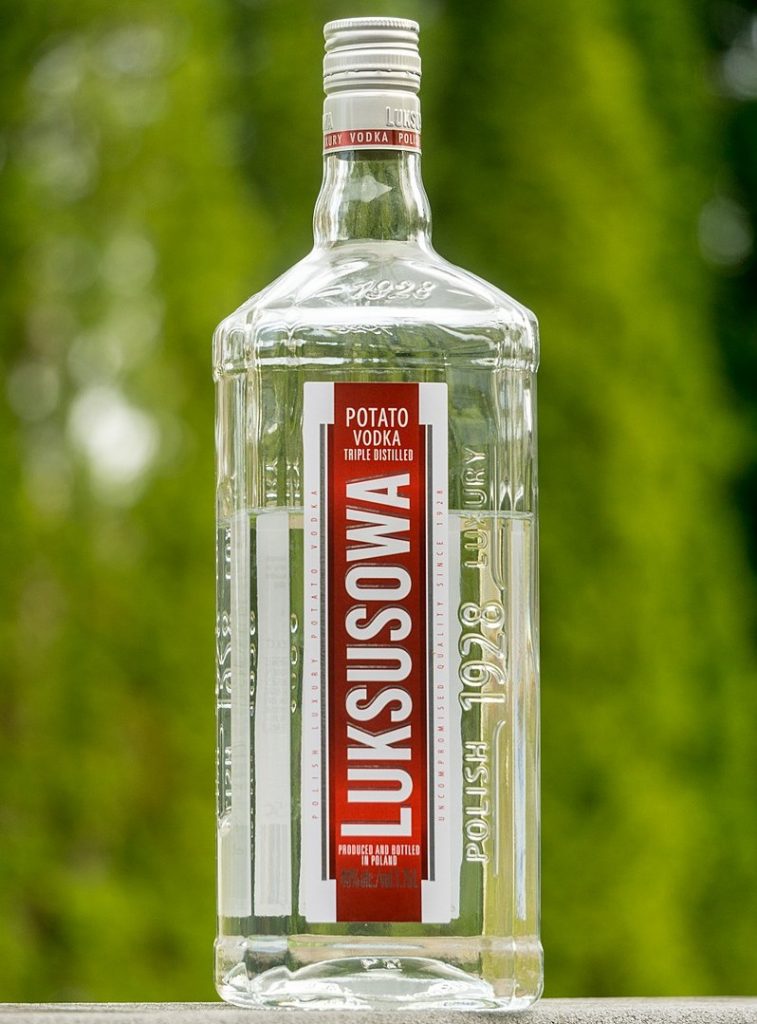 Potato vodka production involves four main steps: fermentation, distillation, filtration, and dilution. In the first step, the mashed potatoes with yeast go through a fermentation process to create alcohol. Then, in the next step, distillation and filtration purify and remove unwanted elements from the alcohol. It also increases the ABV (alcohol by volume) content of the vodka. Finally, by adding water, the alcohol is diluted.

What is Grain Vodka

Grain vodka is a type of vodka made from grains like rye, wheat, corn, and barley. But, grain vodka is not as flavorful as potato vodka. In fact, corn vodka is the least flavorful of all grain vodka types. Therefore, we often use grain vodka in mixed drinks and cocktails. Of course, they blend with any flavor and sometimes enhance the flavor of the mixer. Grey Goose, Svedka, Beluga, and Absolut are some popular brands of grain vodka. 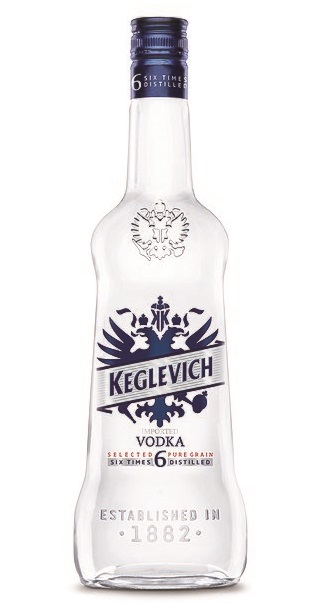 Unlike potato vodka, all types of grain vodka contain gluten and sugar. Therefore, if you are looking for a gluten-free drink, grain vodka is not for you.

Potato vodka is the most flavorful of all types of vodka, but grain vodka is not as flavorful as potato vodka.

Moreover, potato vodka is gluten-free and sugar-free, whereas grain vodka is not.

In brief, potatoes and grains are two of the most common ingredients manufacturers use in vodka distillation. The main difference between potato vodka and grain vodka is that potato is more flavorful than grain vodka and is free of gluten and sugar.