The main difference between pumpkin and squash is that the pumpkin stem is hard and jagged, while the squash stem is light and hollow. 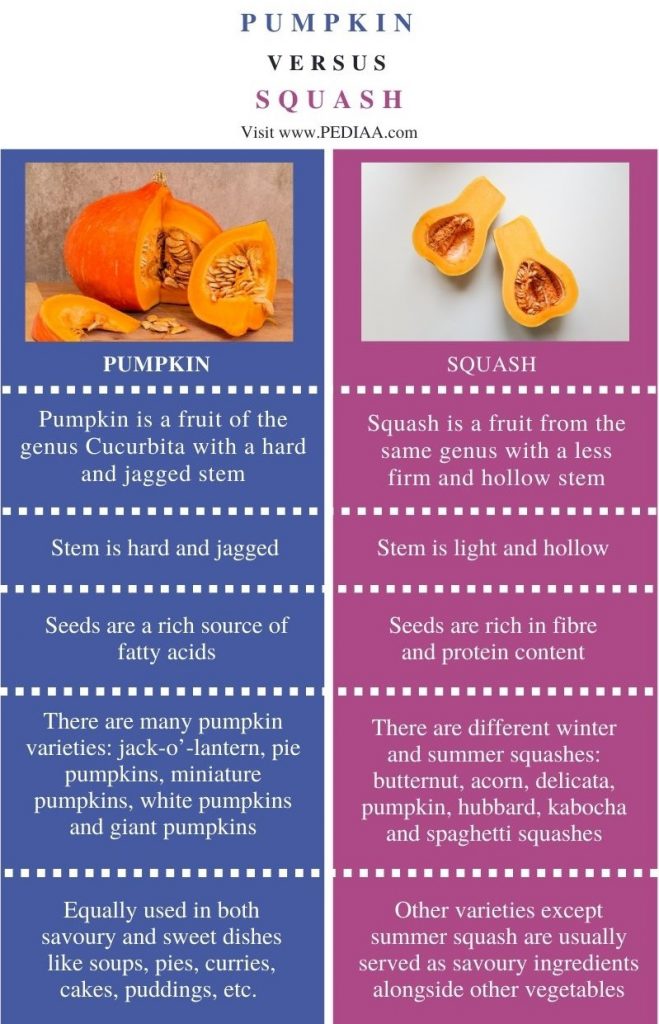 Pumpkin is an orange or yellow fruit that is popular worldwide due to its hundreds of culinary uses. It is a delicious autumn fruit that is extremely nutritious. Pumpkin flesh, seeds, and leaves are all edible. In fact, pumpkin seeds are an excellent source of fatty acids, and they render energy necessary for body metabolism and muscle contractions. Besides, it is low in calories. Also, pumpkin is an extremely versatile fruit, and it can be cooked into both sweet and savoury dishes. 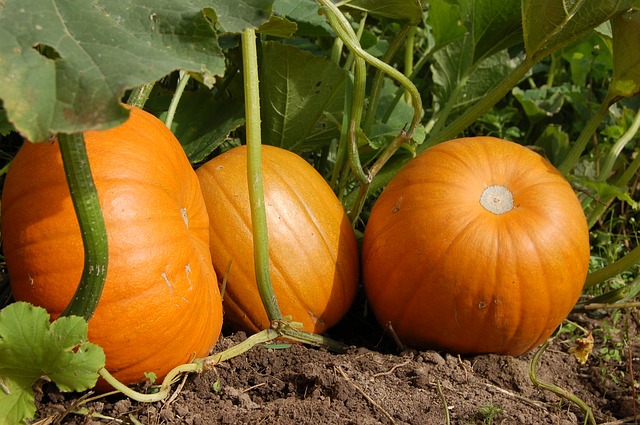 Farmers all over the world grow different varieties of pumpkins except in Antarctica. There are many pumpkin varieties across the globe. Jack-o’-lantern, pie pumpkins, miniature pumpkins, white pumpkins and giant pumpkins are some of them.

Furthermore, in the United States, many pumpkin varieties are canned and sold. Pumpkins are native to North America, and they are craved into jack-o’-lanterns for Halloween and cooked into delicious pies as a traditional Thanksgiving dessert in Canada and the United States.

Squash is a fruit similar to pumpkins. However, squash has a light and hollow stem when compared to pumpkin. There are different winter and summer squashes such as butternut, acorn, delicata, hubbard, kabocha, spaghetti squashes, and zucchini. 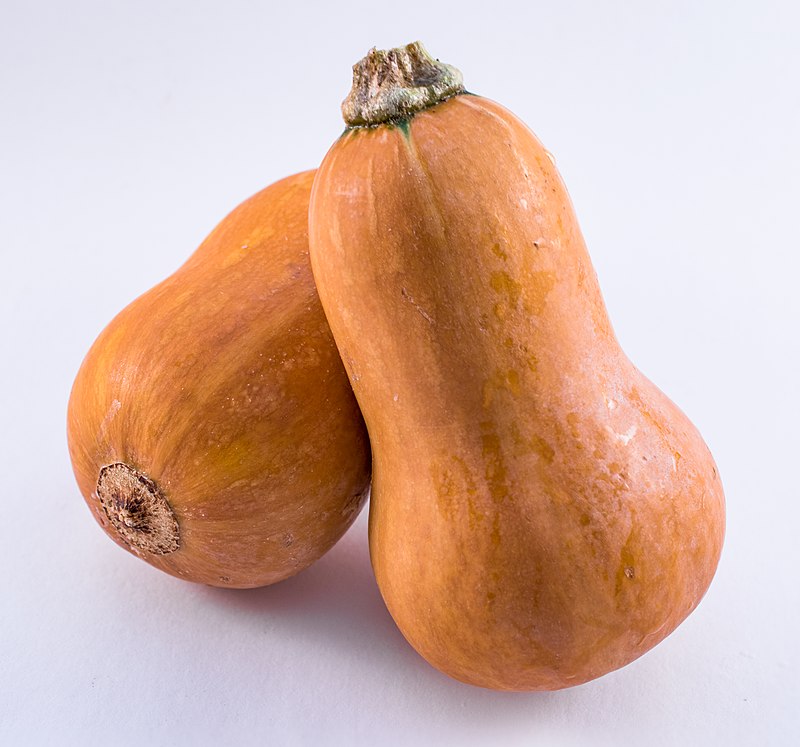 Most varieties of squash have bright colours. They taste both mild or savoury. Therefore, they are used both as fruits and vegetables. Some species of squash share a mild sweetness, although they are not as sweet as typical fruits. Most squash varieties possess an earthy flavour and are prepared as a savoury ingredient alongside other vegetables. Apart from zucchini and yellow summer squash, other squash types are not usually consumed raw. However, summer squash is frequently used in baked food items and also as a low-carb alternative for noodles. In brief, both winter and summer squashes are packed with nutrients such as fibre, vitamin A, vitamin B, vitamin C, and potassium.

Similarities Between Pumpkin and Squash

Difference Between Pumpkin and Squash

Pumpkin is a fruit of the genus Cucurbita with a hard and jagged stem, while squash is a fruit from the same genus with a less firm and hollow stem.

While pumpkin seeds are a rich source of fatty acids, squash seeds are rich in fibre and protein content.

There are many pumpkin varieties across the world, such as jack-o’-lantern, pie pumpkins, miniature pumpkins, white pumpkins and giant pumpkins. There are different winter and summer squashes such as butternut, acorn, delicata, pumpkin, hubbard, kabocha and spaghetti squashes.

Pumpkins are equally used in both savoury and sweet dishes like soups, pies, curries, cakes, puddings, etc. However, apart from summer squash varieties, others are usually served as savoury ingredients alongside other vegetables.

The main difference between pumpkin and squash is that pumpkin is a fruit of the genus Cucurbita with a hard and jagged stem, while squash is a fruit from the same genus with a less firm and hollow stem. Despite their differences, both these fruits contain many nutrients, and adding them to your meals would give you lots of health benefits.