Zoospores and zygospores are two types of spores produced by fungi and algae. Generally, spores are reproductive structures of lower organisms, including protists, fungi, and algae. 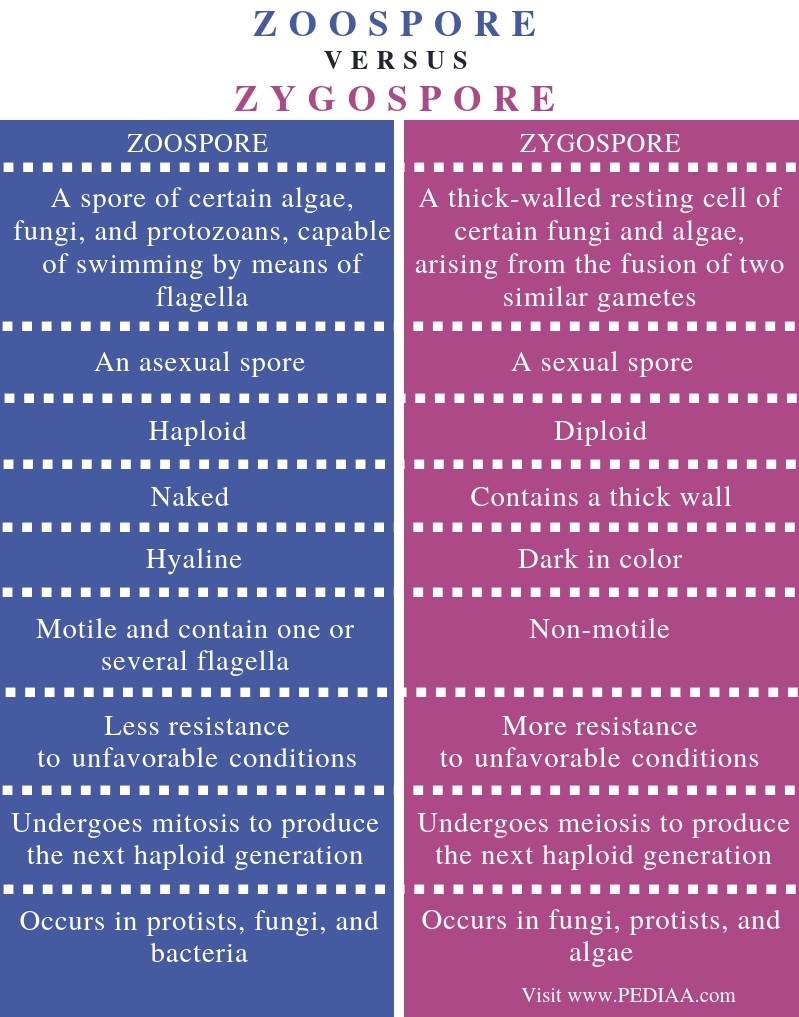 Zoospore is the motile, asexual spore of many algae, fungi, and protists. It is also called the swarm spore. Generally, the production of zoospores occurs inside sporangia, which are the sacs at the end of the aerial hyphae. Moreover, the rapid internal division of the protoplasm of sporangia gives rise to zoospores. Thus, zoospores are a type of endospores, which are unicellular and hyaline. However, they lack a thick wall surrounding the spore and are less resistant to unfavorable conditions. 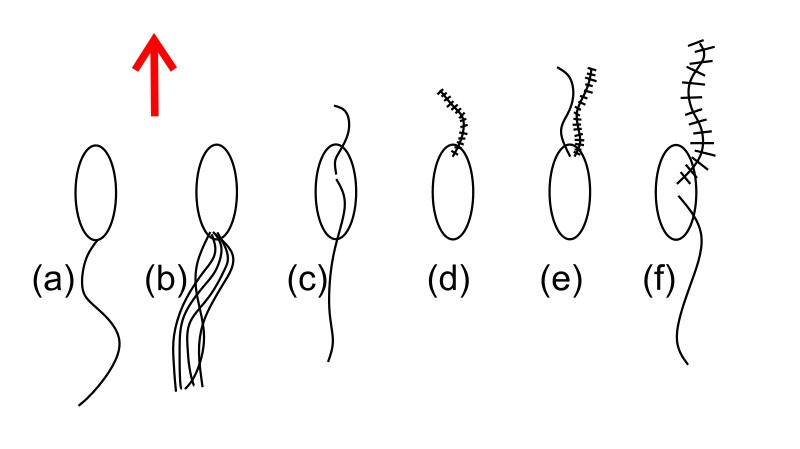 Zygospore is a type of chlamydospore producing by the sexual conjugation of two fungal hyphae. Generally, zygospores are dark in color an contain a thick wall, allowing to resist unfavorable conditions. Moreover, the wall of the zygospores contains many spines and ridges. Since it is a result of sexual reproduction, zygospore is diploid. Basically, nuclear fusion of haploid cells results in zygospores. 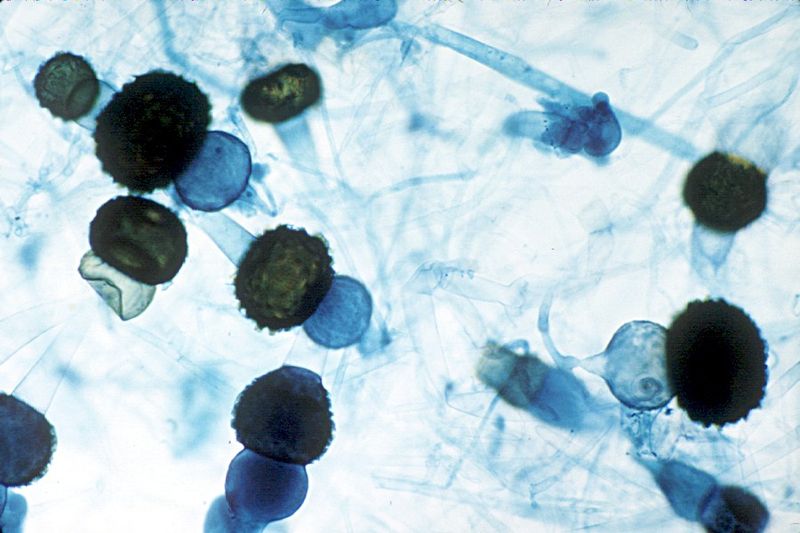 Furthermore, zygospores remain dormant until they get favorable conditions such as light, moisture, heat, or chemicals secreted by plants. After that, they undergo germination in which the diploid cell undergoes meiosis to produce the haploid gametophyte.

Moreover, zoospores are naked while zygospores contain a thick wall.

Furthermore, zoospores are motile and contain one or several flagella while zygospores are non-motile.

Zoospore is an asexual spore that mainly occurs in fungi and algae. Generally, it is naked and contains flagella for motility. Moreover, it is a haploid spore. On the other hand, zygospore is a sexual spore that mainly occurs in fungi. However, it contains a thick wall and can resist unfavorable conditions. Moreover, it is a diploid spore. Therefore, the main difference between zoospore and zygospore is their structure.