Home » Public » People » Culture » What is the Popular Culture in China

A culture of a country mirrors the lifestyles of its people since the culture is created in accordance to the belief systems, values, norms and traditions of the people. Countries with very long histories running back in time to the great ancient civilizations certainly have unique, magnificent cultures which have transcended to the present through generations of practice. The People’s Republic of China is one such country with a unique culture which can be seen in its literature, arts, crafts and the very lifestyle of the people. However, despite the fact that the traditional philosophies and Confucianism influenced these ancient cultures heavily in the past, today these are changing. Along with the impact of globalization new cultures are taking shape. These are referred to as popular cultures.

What is a Popular Culture?

A popular culture can be defined as a mass culture or else a mainstream culture within a population. The totality of ideas, attitudes, lifestyles, consumption is included in the popular culture. Simply this means that it affects the daily lives of people in every possible way. The way people eat, dress, the type of music they listen to, hobbies, perspectives, opinions are all influenced by this popular culture. Usually, when referring to popular culture on the international arena, the tendency to amplify the Western ideals as the pop culture of the world is very high. With the rise of commercialization and the modern consumption lifestyle, which has oriented from the West, the creation of a popular culture and its spread throughout the world including Asia is conspicuous. In this sense, the Western ideals have mingled with the Asian cultures and have created popular cultures of their own. 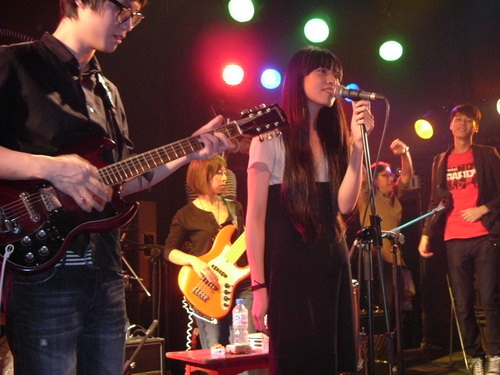 When scrutinizing the cultural context of China, what is apparent is that it has embraced the global popular culture from economy to lifestyles. The magnitude of this influence can be largely seen in the younger generations who have internalized the pop culture completely. This can be understood very well through the lifestyles of the people. Along with the technological development, in which China is at the forefront, the mushrooming number of cyber cafes bears evidence to the involvement of youth in technology that has become a part of their lifestyles. Not only these branded items, especially in the fashion industry has a massive role to play in the popular culture. This is further amplified through the consumption routines of fast food stalls which are increasing in number by the day. Media and entertainment have also shifted away from traditional styles. In their place soap operas, Western dance styles have procured a high position. The parties, cocktails and ballroom events suggest that the younger generations have a flare for the more commercialized blitz of lifestyle rather than in preserving the traditional customs. This highlights that in overall, the popular culture in China is embraced by the youth more than the older generations and that it decides all aspects of their lifestyles. However, this pop culture or else the popular culture in China has its roots in Western culture and is spread through globalization.