1. Who is Percy Bysshe Shelley?
– Childhood and Education

Who is Percy Bysshe Shelley

Percy Bysshe Shelley is a famous English poet. He was born on 4th August 1792 in Sussex. He was the eldest legitimate son of Sir Timothy Shelley a Whig member of the parliament. Shelly received his early education at home and was later send to Eton College. In 1810, he was admitted to Oxford University, where he began to read radical writers such as William Godwin and Tom Paine. In 1811, he was expelled from Oxford University for his contribution to a pamphlet supporting atheism. He married Harriet Westbrook in the same year, and had two children with her. He later married Mary Godwin, who was the author of the novel Frankenstein. On 8 July 1822, just before his 30th birthday, Shelley drowned on the Gulf of Spezia while sailing from Livorno to Lerici.

Shelly published many poems and prose during his lifetime. Given below are some of the titles his works. 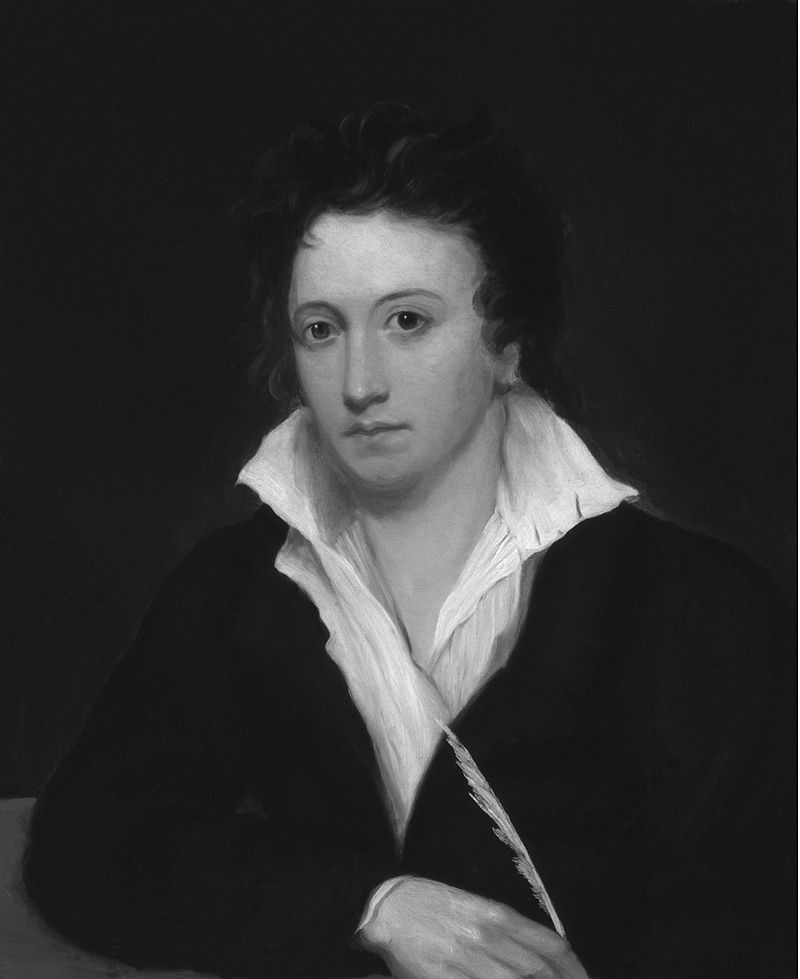 Why was Percy Bysshe Shelley Famous

Percy Bysshe Shelley is one the major contributors to English poetry. He is one of the most highly regarded Romantic poets in the 19th century. Ozymandias, To a Skylark, Music, Ode to the West Wind, When Soft Voices Die, The Cloud and The Masque of Anarchy are some of his well-known classic poems. Some consider him to be the finest lyric and epic poet in the English language.

It is also important to note that Shelly was a not a very popular poet during his lifetime. It was only after his death, particularly in the twentieth century, that he began to be considered as a major Romantic poem.

He was an idol for many generations of poets including Victorian and Pre-Raphaelite poets like Alfred, Lord Tennyson, Dante Gabriel Rossetti, Robert Browning, as well as Lord Byron, W. B. Yeats, and Henry David Thoreau.

Shelly was often thought to be a radical thinker during his time. He was a strong advocate of social justice, nonviolence, and vegetarianism. Some of his views were strongly condemned and criticized by the society. In fact, he was expelled from Oxford University because of his authorship of “The Necessity of Atheism” an essay on atheism.

However, Shelly’s ideals on morality and non-violence are said to have influenced other prominent figures such as Karl Marx, Leo Tolstoy, and Mahatma Gandhi.

Thus, Percy Bysshe Shelley’s popularity can be attributed to his everlasting poetry and radical ideas which influenced many more poets, as well as philosophers.

“The complete poetical works of Percy Bysshe Shelley, including materials never before printed in any edition of the poems pg 6” (Public Domain) via Commons Wikimedia