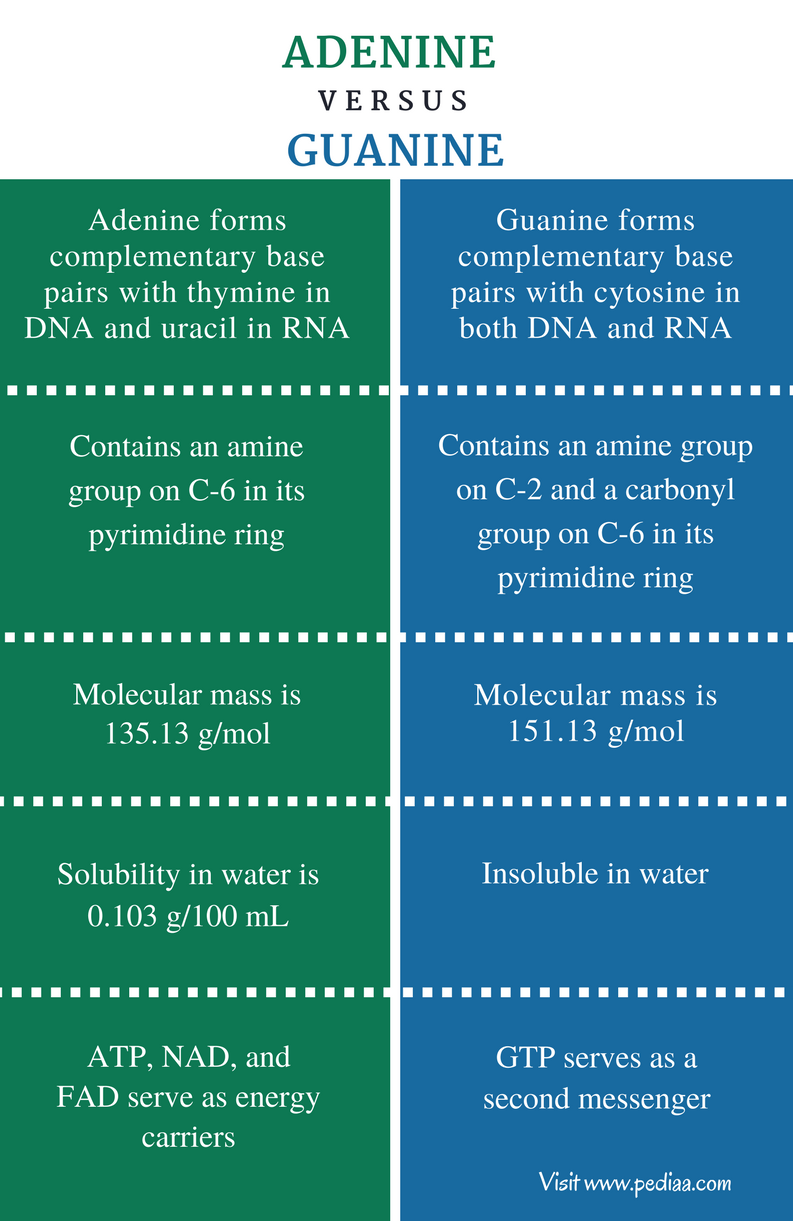 Adenine is one of the two purines found in nucleic acids. It is attached to the 1′ carbon of the pentose sugar, ribose in RNA and deoxyribose in DNA, in its ninth atom, which is a nitrogen, forming a glycosidic bond. The functional group present in adenine is an amine group. In DNA, the pyrimidine base, thymine forms a complementary base pair with adenine. In RNA, uracil, which is also a pyrimidine base, forms a complementary base pair with adenine. Usually, adenine forms two hydrogen bonds with its complementary nucleotide, either thymine or uracil. The complementary base pairing occurs via hydrogen bonding between the two nitrogenous bases, assisting the stability of the nucleic acid structure. Adenine is shown in figure 1. 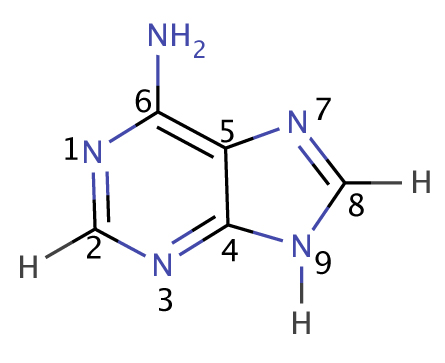 Adenine is synthesized in the liver. It is derived from inosine monophosphate (IMP). The synthesis of adenine requires folic acid. Adenosine triphosphate (ATP) is the mostly occurring chemical energy sources, which energizes the cellular processes. ATP contains two high energy phosphates. The cofactors, nicotinamide adenine dinucleotide (NAD) and flavin adenine dinucleotide (FAD) along with ATP are involved in the cellular respiration as carriers of energy from one reaction to the other.

Guanine is the other purine, which occurs in nucleic acids. It is also attached to the 1’carbon of the two types of pentose sugars via a glycosidic bond. Two functional groups are present in Guanine: an amine group on C-2 and a carbonyl group on C-6. In both DNA and RNA, guanine complementary base pairs with the pyrimidine, cytosine. Three hydrogen bonds are formed between guanine and cytosine. 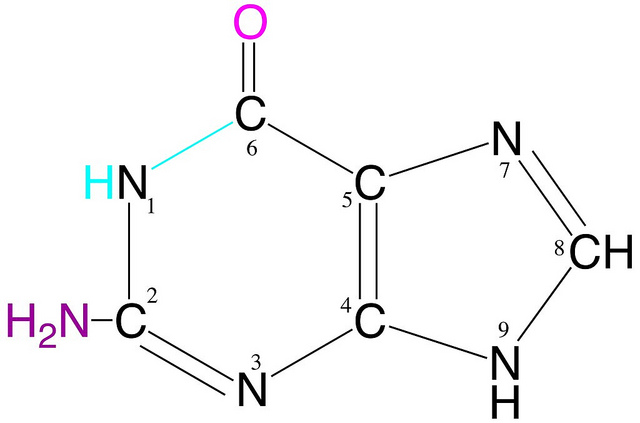 Guanine is also synthesized via IMP during the de novo synthesis of purine bases. Like ATP, guanine serves as an energy source in protein synthesis as well as gluconeogenesis. GTP plays a vital role in signal transduction as a second messenger. Guanine tautomerization is the interchanging of guanine between the keto and enol functionality through intermolecular proton transfer. Guanine tautomerization is shown in figure 3. 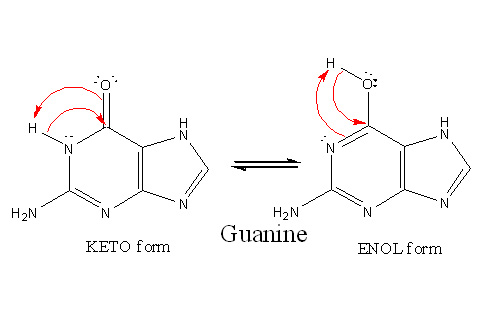 Difference Between Adenine and Guanine

Adenine: Adenine forms complementary base pairs with thymine in DNA and uracil in RNA.

Guanine: Guanine forms complementary base pairs with cytosine in both DNA and RNA.

Adenine: Adenine contains an amine group on C-6 in its pyrimidine ring.

Guanine: Guanine contains an amine group on C-2 and a carbonyl group on C-6 in its pyrimidine ring.

Guanine: Guanine is insoluble in water.