Difference Between Colon and Semicolon

Colons and semicolons are both used to indicate a relationship between two ideas, but the relationship indicated by these two punctuation marks is different. That is to say, the functions of these two punctuation marks are vastly different. Colons are used to introduce a list of items, expansion or explanation or a quotation whereas semicolons are used to separate major elements of a sentence. This is the main difference between colon and semicolon. We’ll discuss these different functions of colons and semicolons in this article.

What is a Colon

They have an interesting motto: do or die.

I have only one question: are you out of your mind?

This phone has better storage capacity: it has 64 GB built-in storage.

A colon can be used to introduce a list. Here, the items indicated by the first clause are given out by the second clause.

She taught me some fundamental aspects of the language: grammar, punctuation, pronunciation, and style.

A comma can be also used to introduce a quotation or direct speech.

Oscar Wilde once said: ““Always forgive your enemies; nothing annoys them so much.” 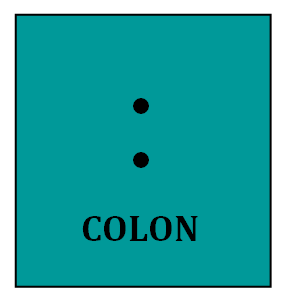 What is a Semicolon

A semicolon (;) looks like a comma with a period over it. The main function of a semicolon is to create a break that is stronger than a comma, but not as strong as a full stop. A semicolon can be used to join two independent clauses. They can be also connected without a semicolon but, use of the semicolon highlights the relationship between the two clauses more clearly.

Sally went to the grocery store today; she bought a lot of things.

As seen from the above examples, a semicolon (instead of a coordinating conjunction) can be used to create a compound sentence as well. 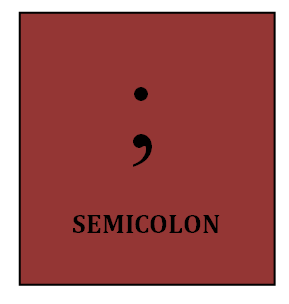 Difference Between Colon and Semicolon

Colon is a punctuation mark used before a quotation, an expansion or explanation or a list of items.

Semicolon is a punctuation mark indicating a pause that is more pronounced than that indicated by a comma.

Colon is represented by :

Semicolon is represented by ;

Colon can join two clauses when the second clause is a definition, explanation, summary of the first.

Colon is used to introduce a quotation.

Semicolon is not used to introduce a quotation. 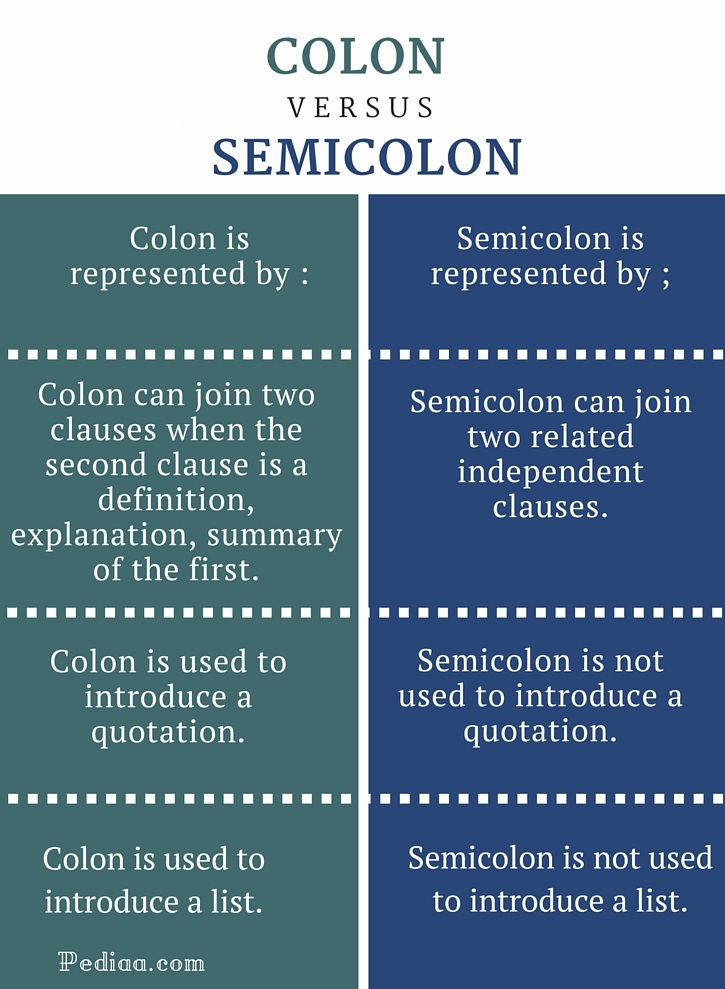